Everton named former Napoli coach Carlo Ancelotti as their new manager on Saturday, giving him on a 4-1/2 year contract.

The Italian replaces Portuguese Marco Silva, who was sacked after the Premier League club's 5-2 defeat by Merseyside rivals Liverpool this month.

onate fan base. There is a clear vision from the Owner and the Board to deliver success and trophies," Ancelotti said.

Ancelotti, who has won the Champions League twice with AC Milan and once with Real Madrid, left Napoli after falling out with chairman Aurelio di Laurentis.

The 60-year-old now faces a different sort of challenge in revitalising Everton, who are three points above the relegation zone ahead of Saturday's home game against Arsenal.

Ancelotti previously managed Chelsea, winning the Premier League and FA Cup in his first season in 2009-10, before being sacked after a trophyless second campaign.

Everton said on Thursday that interim boss Duncan Ferguson would remain in charge for the Arsenal match.

Ancelotti's first match in the dugout will be against Burnley at Goodison Park on Boxing Day.

No sabbatical, Pochettino says he is ready to return to management

Former Tottenham Hotspur manager Mauricio Pochettino says he is ready to return to management quickly, showing no interest in an extended break from the game.

The Argentine, who led Spurs to the Champions League final last season and remains one of the most sought-after coaches in the game, was sacked by the north London club last month and replaced by Jose Mourinho.

Yet talking in an interview of his "love" for Tottenham, he did not rule out a return to Spurs at some stage in his career and said there was no club that he would not talk to -- even Arsenal.

In his first comments to journalists since his exit from Spurs, Pochettino said that after spending time with his parents and family in Argentina he is now getting prepared for whatever his next challenge will be.

"After five and a half years in Tottenham it is a weird time for us but at the same time very relaxed, very happy when you look backwards and of course obviously in life you need to move on," he said.

Pochettino told a small group of reporters in Qatar ahead of the Club World Cup final between Liverpool and Flamengo that he was recharging his batteries and aims to "be ready if something arrives and of course (I am) open to listen".

"But we will see, there is not only Premier League, there are different leagues in the world, different clubs that can be exciting, to give you a challenge that is maybe different.

"Now, it is true that we haven’t had time to think too much of the future, we have been thinking only of ourselves, to recover and be ready, because that is the key point, to be ready when something happens and to be more prepared to give to a club that is interested in you, the best of you," he said.

Tottenham's arch rivals Arsenal sacked their Spanish manager Unai Emery last month, prompting some media speculation about whether Pochettino could be a target for them.

The Gunners, however, appointed Mikel Arteta on Friday, a man to whom Pochettino said he felt like a 'big brother'.

Pochettino, who once said he could never work for Barcelona having been with their local rivals Espanyol, did not directly answer whether he had received any approach from Arsenal, or any other club.

Yet he said he was not going to rule out talking to any club and suggested he would have listened to the Gunners.

His exit from Spurs, along with his long-time assistant Jesus Perez, has not, however, diminished his affection for the club and he did not rule out the possibility of one day returning, noting that Zinedine Zidane had left Real Madrid and then gone back to the club.

“I don’t know. You look what happened with Zidane and Real Madrid there are plenty of examples, the most important thing is that when a relationship finishes it finishes in a very good way," he said, with Perez standing nearby.

"Managers sometimes leave a club and go back, but now it is not in my hands."

While his departure from Spurs, after a poor start to the season, clearly hurt Pochettino, he said he was pleased to see the team's form change for the better under Mourinho.

"Of course, I love Tottenham, I love the fans, I love the players, I love the club, the staff," he said. "When you leave a club, always you want them to win games because that means that the team is alive, that it is prepared to compete.

"For different reasons you split, but we are people that always want the best. I am happy that they are winning games because that love is never going to change. You accept that in football it can happen but I am happy to see the team winning games."

While the 47-year-old is enjoying his time away from the pressure of the game, he said he is already preparing for the next step in his career.

"You have to be ready to start if you believe it is the right moment," he said.

© Copyright 2020 Reuters Limited. All rights reserved. Republication or redistribution of Reuters content, including by framing or similar means, is expressly prohibited without the prior written consent of Reuters. Reuters shall not be liable for any errors or delays in the content, or for any actions taken in reliance thereon.
Related News: Tottenham, Mauricio Pochettino, Carlo Ancelotti, Everton, Arsenal
SHARE THIS STORYCOMMENT
Print this article 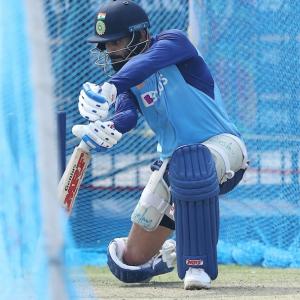 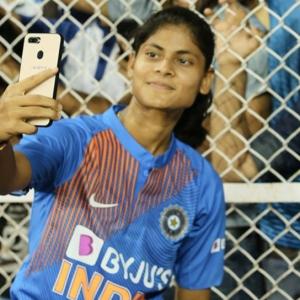