English Premier League champions Manchester City drew in record revenue of 535.2 million pounds ($693 million) in a fifth consecutive year of profitability in 2018-19, the club said in an annual report published on Tuesday.

The club reported a profit of 10.1 million pounds and a wage/revenue ratio of 59%.

It was City's 11th straight year of revenue growth under the ownership of Abu Dhabi royal family, and they continue to close the gap on local rivals Manchester United, the Premier League's richest club.

United in September reported record revenue for 2018-19 of 627.1 million pounds.

City may be able to reduce the earnings gap with their neighbours in 2019-20 thanks to payments from a reported 65 million-a-year kit deal with Puma.

Meanwhile, United have said their turnover is projected to fall to between 560 million to 580 million pounds in the same period because of their failure to qualify for the Champions League.

City chairman     described it as an "extraordinary" season on and off the pitch.

"This outcome represents not just a season, but a decade of hard work," he said.

"The organisation is now at a level of maturity that allows us to plan in multi-year cycles."

UEFA began investigating City over potential breaches of its financial fair play rules in March after German publication Der Spiegel reported that the club's Abu Dhabi owners had inflated the value of sponsorship agreements to comply with the rules.

The club have said that the accusation of financial irregularities "remains entirely false". But the Court of Arbitration for Sport last week threw out its attempt to halt the UEFA investigation.

Clubs who have breached the rules may be barred from European competition, although negotiated settlements are more common.

Diego Maradona has left his position as coach of Argentine side Gimnasia y Esgrima, bringing a premature end to yet another coaching job for the World Cup winner.

"This decision hurt me with all my soul," Maradona said in a message posted on Instagram.

Maradona, who took over at the club in September, had said he would only continue if club president Gabriel Pellegrino stayed in his role following club elections.

Pellegrino, who announced Maradona's departure on local radio station La Red on Tuesday, however, withdrew from the race when an electoral pact fell apart.

Maradona, who won the World Cup in 1986 and is often referred to as one of the greatest players of all time, took over the club from La Plata, just outside Buenos Aires, charged with helping them avoid relegation.

He lost his first three games in charge and although he has won three of five since then, the team are still third-bottom of the league and in danger of going down.

"I felt that everyone together... were finding the way for Gimnasia to stay in the first division. This was the moment to keep going with the project and look for the necessary reinforcements," Maradona said.

"I hope that whoever comes in to manage the club can continue with the work we started and keep Gimnasia where it belongs. I wish you all the best, with all my heart."

Maradona’s departure repeats a well-worn theme in his coaching career. Of the six club sides he has managed, only one job lasted more than a year.

The only team he managed for longer was Al Wasl of the United Arab Emirates, where he remained for 14 months in charge in 2011-12.

His previous club job before returning to Argentina was at Mexican side Dorados de Sinaloa, where he left in June after nine months in charge.

Ancelotti in heated exchange with refs' boss over VAR

Napoli coach Carlo Ancelotti told Serie A's refereeing boss that decisions should always be made by the referee on the pitch and not VAR officials in a cabin during a heated exchange on Tuesday.

"The main problem is knowing who is actually refereeing the match and sometimes I have the impression that the match is being refereed by the video assistants," he said during a conference organised by the Italian federation (FIGC) on VAR.

The VAR system is being used in Serie A for the third season and it continues to cause controversy, as much as for incidents which are not reviewed as for the ones which are.

Ancelotti was furious about an incident during a match against Atalanta when his side had a penalty appeal waved away. Napoli were leading 2-1 when the incident happened and Atlanta went straight down the other end and equalised.

Referee Giacomelli decided not to review the incident on the pitch side monitor, the game finished 2-2 and it has proved a turning point for Napoli as they have not won any of their three games since.

"Without beating about the bush, did (the referee) make a mistake in Napoli-Atalanta?" Ancelotti asked Nicola Rizzoli, who is charge of the Serie A referees.

Rizzoli, a former referee who took charge of the 2014 World Cup final, replied that the officials should have looked at the incident.

Ancelotti jokingly replied: "Good, I am happy now.. ..I can leave."

Rizzoli said there had been 52 VAR interventions so far this season in 12 rounds of matches, which he admitted was too many although he added that changes to the handball rule had complicated things.

"This year, VAR has intervened once every two games, whereas at the same point last season it was one every four," he said.

"It means we are not refereeing well although that is also because the rules have changed."

Ethiopia caused the first real shock of the 2021 Africa Cup of Nations qualifiers when they came from behind to stun the Ivory Coast with a 2-1 victory in their Group K clash in Bahir Dar on Tuesday.

Serge Aurier gave the Ivorians an early lead when he knocked in a rebound after Max Gradel’s free kick had been parried into his path by home goalkeeper Abel Mamo.

Yet Ethiopia were level on 16 minutes as Surafel Dagnachew’s free kick was deflected in off the wall, before Shemeles Bekele shrugged off two defenders, and a shout for handball, to score the winner midway through the opening period.

Madagascar continued their fine recent form in the other game in the pool with a thumping 6-2 victory over Niger in Niamey.

The win is the biggest ever on the road in Nations Cup qualifiers for Madagascar and puts them top of the group with a full haul of six points from their two games.

Madagascar were 4-1 up at halftime thanks to a brace by Lalaina Nomenjanahary, and goals from Anicet (penalty) and Andria.

Niger had taken an early lead through Amadou Wonkoye before being stung by six unanswered goals. Yusif Moussa grabbed a late consolation for them.

A brace from striker Khama Billiat sealed a precious 2-1 away victory for Zimbabwe in Zambia.

Patson Daka had equalised for the Zambians in the opening period, but Billiat profited from a defensive lapse to net the winner 10 minutes from fulltime.

Noussair Mazraoui scored a first ever goal for Morocco as they eased to a 3-0 victory in Burundi, with Youssef En-Nesyri and Achraf Hakimi netting the others.

Wahbi Khazri scored the only goal as Tunisia moved to the top of Group J with a full haul of six points following victory over Equatorial Guinea in Malabo.

In the other game in the pool, Libya rallied from a goal down to defeat Tanzania 2-1 in neutral Monastir.

Mbwana Samata put Tanzania ahead with a penalty in the first half, before the home side were also awarded a spot-kick that Sand Masaud converted. Anis Saltou netted the winner on 81 minutes. 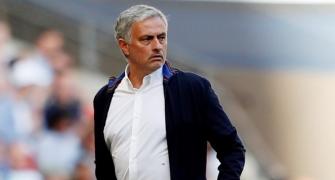 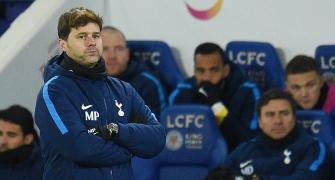 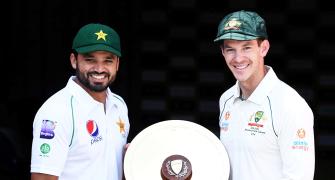 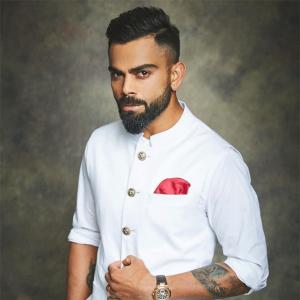