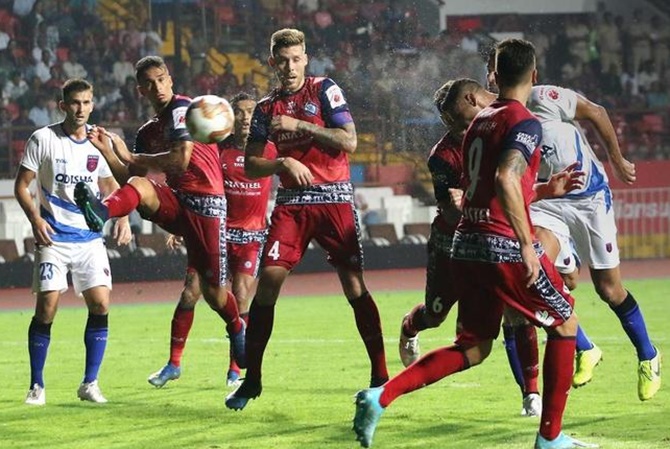 A 10-man Jamshedpur FC overcame the odds and put up a spirited display to defeat Odisha FC 2-1 in a thrilling Indian Super League match in Jamshedpur.

Farukh Choudhary broke the deadlock in the 17th minute fortuitously, but the lead was put in danger by a red card that Bikash Jairu picked up with 10 minutes to go for the half-time whistle.

Aridane Santana stuck soon after to restore parity for Odisha FC but a fighting second-half culminated in Sergio Castel finding a winner in the 85th minute for the home side at the JRD Tata Sports Complex.

The two teams looked to get on the scoresheet early and it was Odisha FC that threatened first. Xisco Hernandez fed Jerry Mawhmingthanga down the right flank and the winger's floating cross was headed just wide by Aridane Santana.

The re-branded Bhubaneswar-based side continued to push and went close again four minutes later. Xisco split the Jamshedpur defence to send Jerry free down the right flank but the winger's curling effort ricocheted off the post.

Fortune, however, favoured Jamshedpur as they eased into a one-goal lead in the 17th minute. Noe Acosta found Farukh Choudhary in space on the right flank and the Indian forward's drilled effort into the box took a deflection off defender Rana Gharami and bulged the net.

Jamshedpur bossed the midfield after scoring the opening goal but Odisha's efforts to get back into the game were helped by a straight red card for Bikash Jairu. With Jerry getting in behind the defence and having just the goalkeeper to beat in the 35th minute, Jairu slid in and brought the 22-year-old down, leading to his expulsion.

The visitors made the most of the one-man advantage and equalised five minutes later. Jerry was influential again as he sent a low cross into the centre from the right for Santana who produced a stunning first-time strike to silence the home crowd.

Odisha had more of the ball after the break, utilising the space that was opened up due to the sending off. However, there were chances created at both ends of the field.

Santana set Nandhakumar Sekar up perfectly inside the box after a neat one-two but Joyner Lourenco's timely intervention denied the visitors a shot on target.

Jamshedpur then found themselves in a two-on-one attacking scenario but Farukh's cross, intended for Castel in the centre, was cut off by Shubham Sarangi just in time.

The game was stretched and the two teams found space on counter-attacks.

Farukh missed a glorious chance to score in one such speedy push forward as Piti lobbed the ball into space for Sergio Castel to chase. The striker squared it to the India forward who wrongly chose to return the favour and lost the ball.

A 10-man Jamshedpur were finally rewarded for their resilience in the 85th minute. Piti found Castel in space once again on the counter and the striker dinked the ball over onrushing goalkeeper Francisco Dorronsoro to the net for what turned out to be the crucial match-winner.

The tribunal said on Tuesday that it needed more information from investigators and help from the clubs to identify the culprits.

AS Roma have already promised to ban the fans responsible and have apologised to Vieira who was born in Guinea-Bissau but has represented England at youth level, having moved to the country at a young age. Vieira joined Sampdoria from Leeds United last year.

Italian football has been blighted by incidents of racism over the last few years.

Earlier this season, the tribunal decided to take no action against Cagliari after some of their supporters allegedly aimed racist abuse at Inter Milan forward Romelu Lukaku. It ruled that "in terms of dimension and real perception" the chants could not be considered discriminatory under Serie A rules. 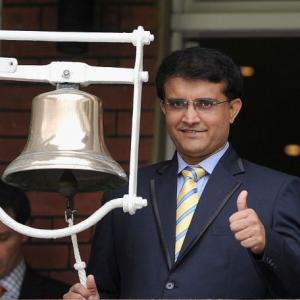