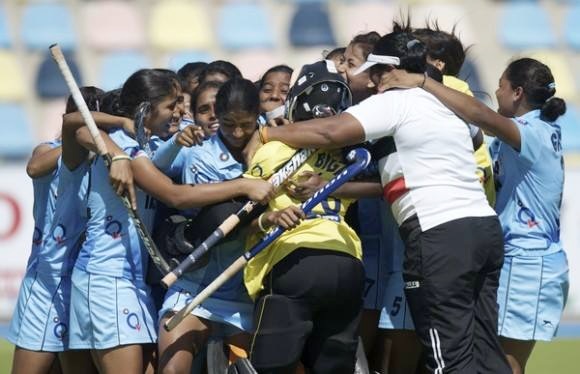 The Indian girls were on a roll in Monchengladbach, Germany.

They played the best hockey of their lives to beat England 3-2 on penalties and win the country's first ever bronze medal in the junior women's hockey World Cup, on Sunday.

The 18-year-old Rani Rampal played a stellar role in the memorable victory. She scored India's only goal in regulation time and then found the net twice in the penalty shoot-out.

India had surprised top teams in the competition and they finished their campaign with a flourish.

England could consider themselves unlucky, as they were beaten in the bronze medal match by South Korea in the last edition of the championship in Boston. 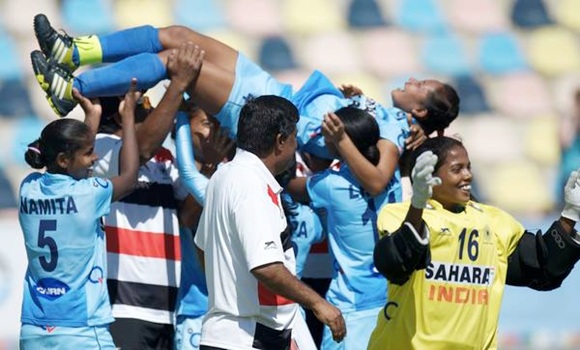 Navneet Kaur's strike handed India a 3-2 lead in the shoot-out, and when England's Anna Toman missed the following stroke, it secured India's win.

Rani took the first stroke in the shoot-out and scored straight away. None of the England players, except Emily Defroand, could score. She cancelled India's lead on both occasions.

Navneet had missed her earlier stroke but beat the rival goalkeeper in her second attempt as India gained the upper hand again.

Anna, who had found the equaliser in regulation time for England, could not rescue her side this time in the pressure situation.

Earlier, Rani had put the Sushila Chanu-led team ahead in the 13th minute through a brilliant field goal. The Indian girls defended their citadel well and maintained the lead till half-time.

England tried hard to get an equaliser and Anna Toman brought her side back with a 55th minute strike.

The deadlock remained till full-time and the game was stretched to penalty shoot-out.