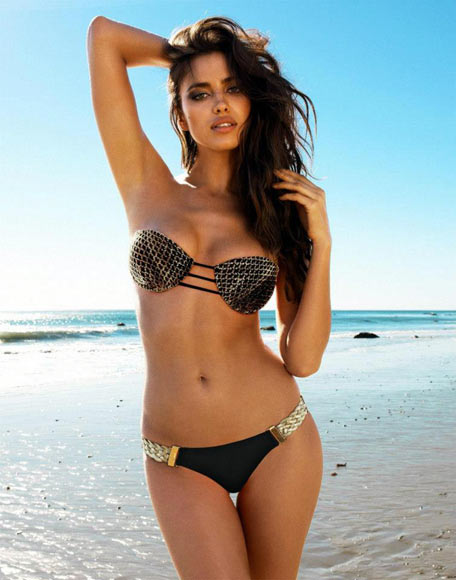 In the pictures, the 28-year-old Russian model, who has been dating footie ace Christiano Ronaldo for the past 4 years, is seen sporting various 'fruit', 'animal' and 'bird' themed bikinis and swimsuits, the Mirror reported.

The Sports Illustrated model had recently made her acting debut as Megara in the film Hercules.

-Who is the Hottest new WAG? 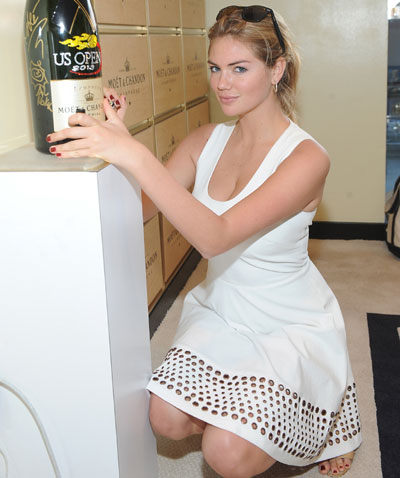 Kate Upton, who's been dating baseball star Justin Verlander, joked that she had been "sleeping with the enemy."

During her recent appearance as a guest host on 'Live With Kelly and Michael,' the 22-year-old Sports Illustrated model, who's a Bronx Bombers fan, revealed that she has been forbidden from sporting her favourite teams gear to Yankee Stadium, Us magazine reported.

The beauty, who considers herself to be a "really big Yankees fan," added that it was difficult to chooses a side, but since her boyfriend plays for the Tigers, she had to change allegiances. 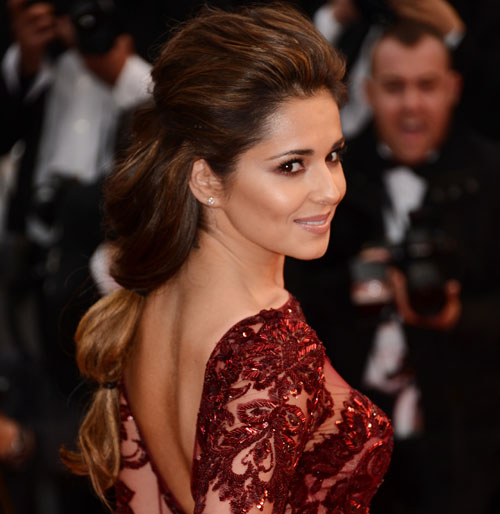 While talking to a UK publication, the 32-year-old singer compared her own tattoo with the newly Mrs. Fernandez-Versini's butt ink, and questioned if it even meant anything because hers did, the Mirror reported.

Harding, who currently appears on BBC show 'Tumble', also slammed ITV's 'The X Factor' where Cole, who was previously married to footballer Ashley Cole, would be returning as a judge, and said that she didn't want to talk about ITV since she was a "BBC girl." (ANI)