Sports Shorts: Schumacher out of coma, shifted to Swiss hospital 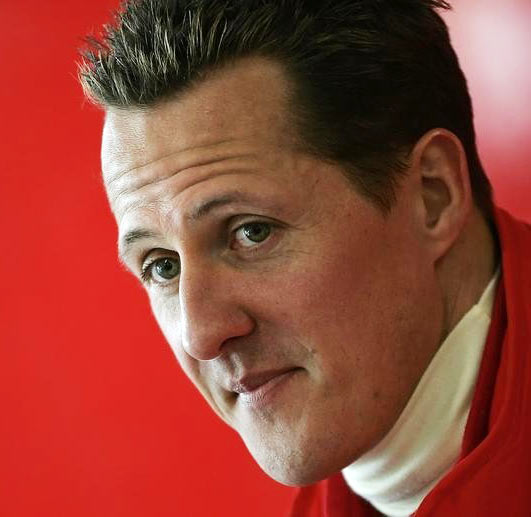 Formula One ex-champion Michael Schumacher, who sustained severe head injuries in a ski accident in late 2013, is out of a coma and was transferred on Monday from a French to a Swiss hospital to continue rehabilitation, officials said.

"Michael has left the CHU Grenoble (hospital) to continue his long phase of rehabilitation. He is not in a coma anymore," spokeswoman Sabine Kehm said in a statement.

"For the future we ask for understanding that his further rehabilitation will take place away from the public eye," Kehm said of Schumacher, who turned 45 earlier this year.

She did not say what Schumacher's next destination was.

Soon afterwards, a spokeswoman at University Hospital of Lausanne in western Switzerland said Schumacher had been admitted there.

"He is here, he arrived this morning," Darcy Christen told Reuters.

Christen declined to say what unit Schumacher, whose family home is in a town between Lausanne and Geneva, was being treated in, citing medical secrecy and family privacy.

The German, who won a record 91 Grand Prix victories and left motor racing in 2013 after a disappointing three-year comeback, bashed his head on a rock while skiing off-piste in the French Alps resort of Meribel on December 29. 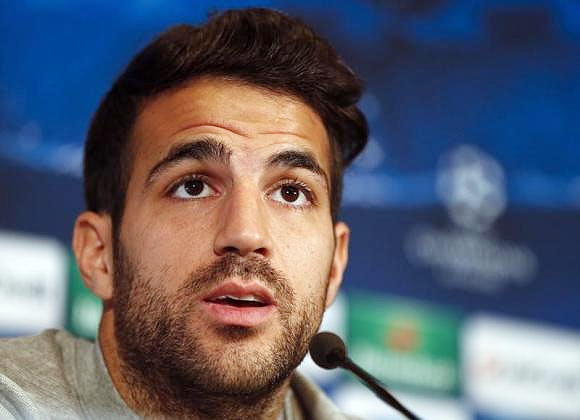 Spain midfielder Cesc Fabregas has revealed that he spoke with Arsenal manager Arsene Wenger before joining Chelsea, but was told that his position was already covered by Mesut Ozil.

Arsenal had first option on their former player when he decided to leave Barcelona at the end of last season but he moved to Chelsea in a deal reportedly worth 33 million euros ($45 million) with a further 3 million linked to performances.

"We talked with Wenger but he said that he would find it difficult to make a place for me on the pitch as Ozil had my position covered," Fabregas told a news conference at Spain's World Cup base.

"There were some very good options and I chose between the best two or three," added the 27-year-old.

"I spoke with (Chelsea manager) Jose Mourinho and he said what I wanted to hear and things went very quickly from there.

"This is not the right moment to talk about this, though, as we need to be focused on the national team and the World Cup."

Fabregas was a second-half substitute for Spain as they crashed to a 5-1 defeat against the Netherlands in their opening game in World Cup Group B.

He said he and his teammates were seeking inspiration from the last World Cup four years ago in South Africa when Spain went on to beat Chile in the group stage having lost their opener 1-0 against Switzerland.

"We need to think about what we have achieved over the past six years," said Fabregas, referring to Spain's European Championship triumphs in 2008 and 2012.

"You can't live in the past but there are positive things that can be taken from four years ago when we also played Chile and we won 2-1.

"It was a different situation as we didn't need as many goals and Chile were also qualified so they didn't need to fight but there are similarities.

"We will play our usual football style of keeping possession but we need to be more dynamic with the passing.

"There are different ways to play. We are known for our passing game and this is the moment to attack and be brave. We need to control the game and score a lot of goals."

Iniesta to visit India to promote his wine brand 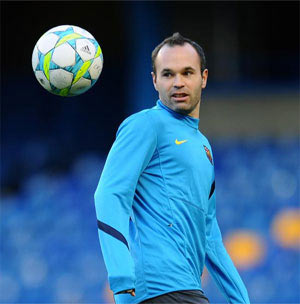 Spain’s star midfielder and World Cup winner Andres Iniesta, in all likelihood, will visit India in August this year to promote his wine brand.

He will visit some select cities and also meet a clutch of Bollywood stars during his Indian sojourn.

Iniesta is also scheduled to make a trip to the Taj Mahal in Agra.

"Andres Iniesta will be visiting India after he's done with the 2014 World Cup in Brazil, to promote his wine Bodega Iniesta in India," a press release stated.

"According to Lorenzo Enrique Medina, his company's export manager, said in his recent visit to Delhi to meet Indian partner Rajbir Singh that Iniesta is very keen to visit Delhi, Agra to see the Taj Mahal and to meet some superstars of Hindi film," the release further stated.

Rajbir Singh on his part said, "During the shooting of the calendar of Andres in Barcelona, he said he will have some time in August to visit and promote his wine ‘116 minute’, the most popular brand after his goal on 116 minute in the final in 2010."