I just wanted to give my best, my 100 per cent: Sindhu 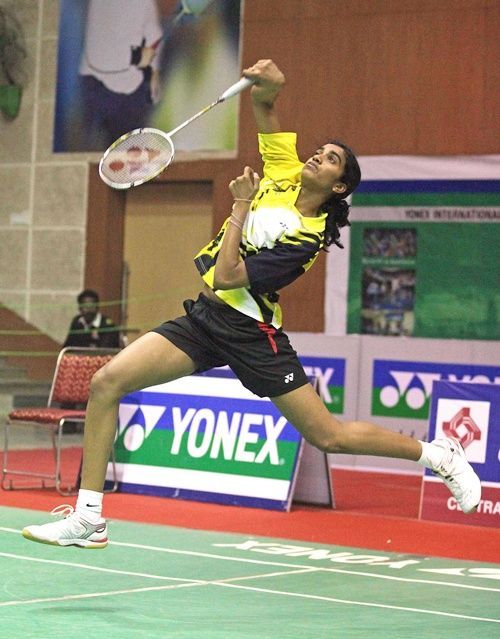 A look at the draw and she knew it was not going to be easy but rising shuttler P V Sindhu said she never underestimated herself as she beat one giant after another for a historic bronze medal at the World Championships in Guangzhou, China.

- Sindhu goes down tamely to Intanon

Sindhu, ranked 12th, suffered a 10-21, 13-21 loss to world number three Ratchanok Inthanon of Thailand in the semi-final to settle for a bronze medal at the prestigious event.

The 18-year-old is the first woman shuttler from India to get a medal at the mega-event.

"I am a bit upset after the loss but I am happy to win the bronze. It was my first World Championship and it is a big victory for me," Sindhu said.

"Actually the World Championship draw was really tough for me because all the good players were there and I knew I had to play really well. I had to play Wang Yihan and Shixian Wang, but I didn't think that I will go on to lose.

"I was coming from an injury and missed two tournaments, so I just wanted to give my best, my 100 per cent," she added. 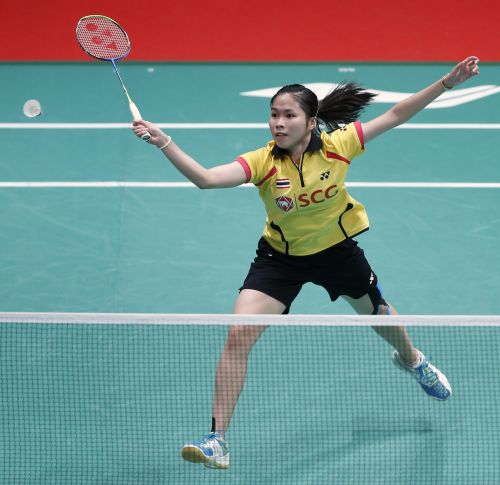 Playing in her maiden World Championships, Sindhu notched up stunning victories against two Chinese players in the run-up to the semifinals but she failed to read Ratchanok's deceptive game.

Talking about the semi-final match, Sindhu said: "It was tough. She played really well and there were plenty of errors from my side. I want to come back stronger and next time I want to be better," she said.

Sindhu, who committed a lot of unforced errors, however, didn't want to blame the drift for her failure.

"The drift was there but I don't want to complain because it is common for all. It is there for them too. It is all in the game and how you play that is what matters at the end of the day," said the girl from Hyderabad.

Asked about the match, Sindhu's mentor and national coach Pullela Gopichand, who was there at the Tianhe Indoor Stadium to guide the rising star, said: "Ratchanok played very well. She is very deceptive. Sindhu could not get into the groove."

Will look to work on weaknesses 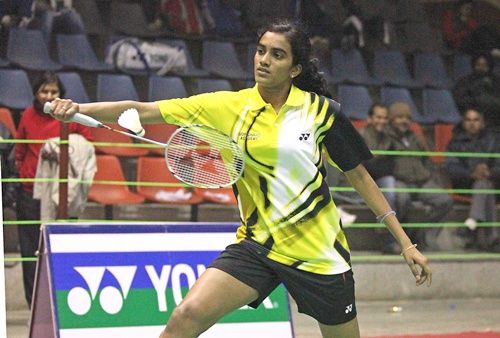 The imposing player said she will look to work on her weaknesses which proved to be her bane in the semi-finals and do well in the upcoming tournaments.

"Next I have the Indian Badminton League and then there are many other tournaments and I want to do better in these events. I would look to work on my weaknesses in the training," she said.

The Malaysia Grand Prix Gold winner became only the second Indian to win a singles medal at the World Championships. The first being the legendary Prakash Padukone, who won the bronze in the 1983 edition.

"I just followed what Gopi sir had asked me to do. We had gone with a game plan and I am happy I could execute that," she said. 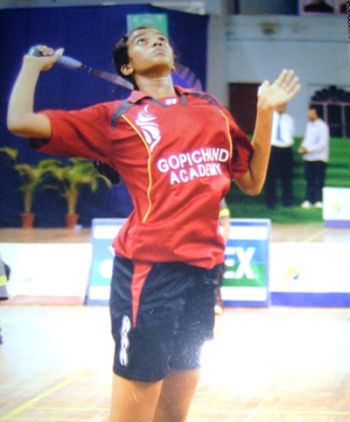 The effervescent teenager had stunned Olympic gold-medallist Li Xuerui of China in China Masters in September last year. In the World Championships, she beat Yihan Wang and Shixian Wang at the pre-quarterfinals and quarter-finals.

Asked how she will deal with the burden of expectations following her bronze medal-winning feat, Sindhu said she would look to surpass the hopes that have been pinned on her.

"There is nothing like pressure. I hope to go beyond the expectations," she said.

India's women's doubles pair of Jwala Gutta and Ashwini Ponnappa had won the bronze medal in the 2011 World Championship in London.

"I am very happy for her, she has done a great thing," she said.