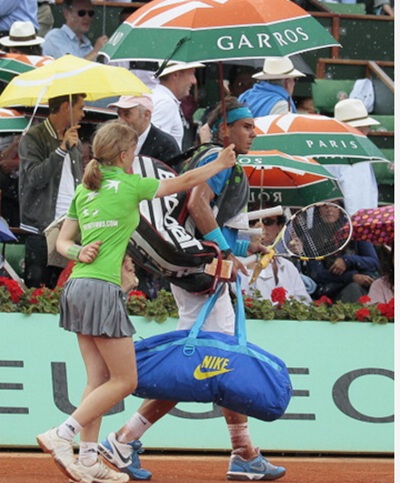 French Open organisers can't stop the rain from falling on Roland Garros, yet they could have done a better job at smoothing things out on Monday, according to Rafael Nadal and Novak Djokovic.

Eight-time champion Nadal, who demolished American Robby Ginepri to reach the second round, complained that the Suzanne Lenglen court was too heavy, while second seed Djokovic questioned the umpire's decision to leave the courts uncovered for 10 minutes while rain was falling.

Spain's Nadal, who is more efficient on dry courts because this is where his top spin is at its most devastating, barely suffered from the conditions as he thrashed Ginepri 6-0, 6-3, 6-0.

But the World No 1 said the court could have been dried out before his entrance. 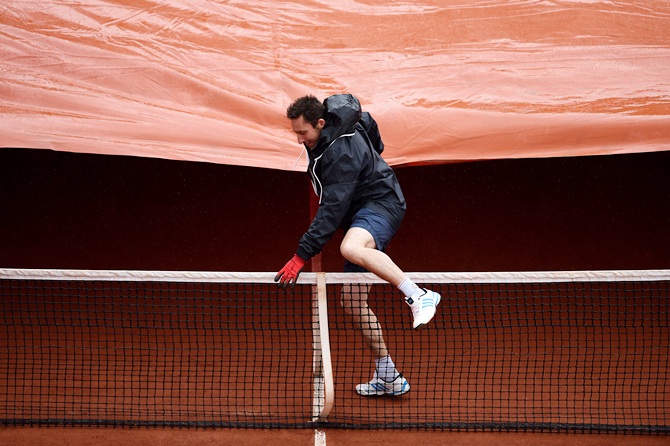 "Today it's true that the court was very heavy. The balls were very heavy, very wet," Nadal said.

Forecasters predict a rain-hit first week in Paris, with only Tuesday's action likely to be spared. 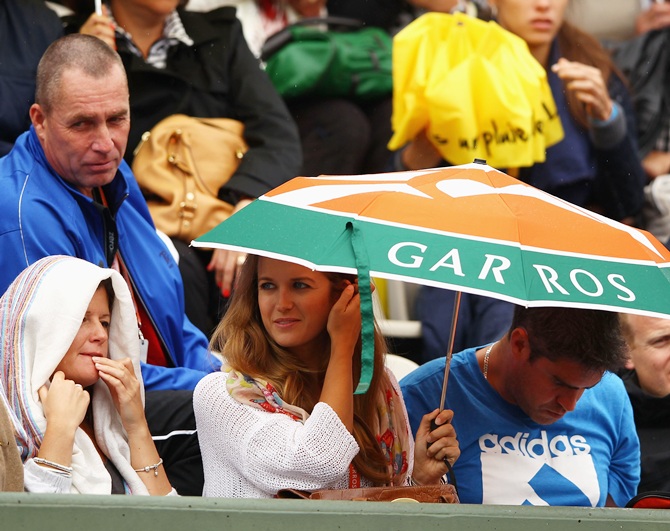 World No 2 Djokovic also had his say on the way organisers managed the day, after his three-set victory over Joao Sousa. "In my opinion there are a few times today they maybe should have covered the court earlier," the Serbian said.

"So I think the chair umpire should have made a decision earlier to take us off the court and cover the court. I'm talking for the court's sake, you know, for a good condition, because it was a lot of rain.

"I know that on clay, of course, we can play with a certain level of rain, but still it's not that great for the court's condition." Djokovic spent one rain interruption chatting with a ball boy who shared his courtside seat. 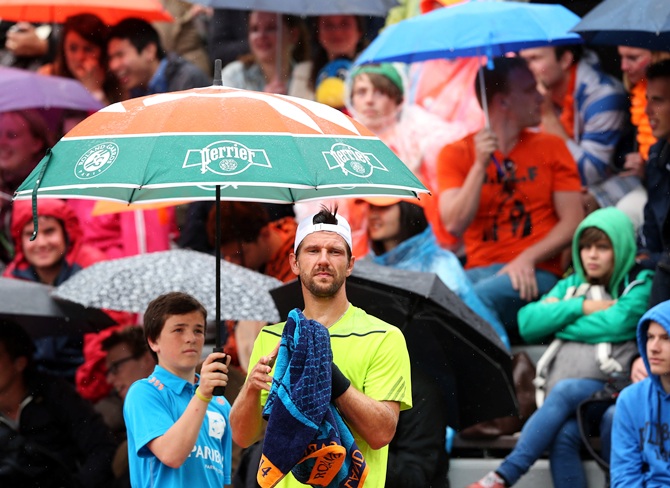 Image: Jurgen Melzer of Austria waits for play to start as he shelters from the rain under an unbrealla during his men's singles match against David Goffin of Belgium on day two of the French Open
Photographs: Matthew Stockman/Getty Images

Play started one hour late on Monday because of persistent light rain and was later interrupted for another hour when heavy showers forced the players off the courts.