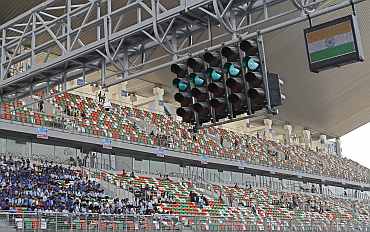 The Buddh International Circuit was unveiled on Tuesday amid much fanfare ahead of the widely-anticipated inaugural Indian Grand Prix and described as "one of the best in the world" by the country's first F1 driver Narain Karthikeyan.

"I have raced on all the major F1 tracks across the globe and I rate this track as one of the best in the world," declared Karthikeyan.

Track was inaugurated on Tuesday 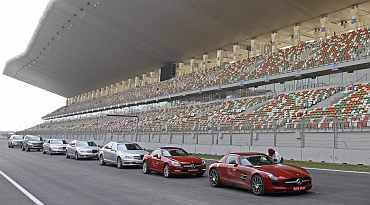 Speculation about the readiness and preparation of the track for the October 30 showpiece was put to rest when the 5.4-km long racetrack, Jaypee's Buddh International Circuit, was formally opened in the presence of Manoj Gaur, the chairman of Jaypee Group, Vicky Chandhok, president of the Federation of Motor Sports Clubs of India (FMSCI) and Karthikeyan.

'Security has been beefed up at all levels' 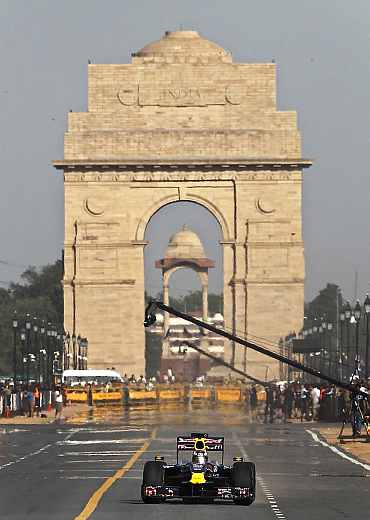 The track got its name from spiritual leader Gautam Buddha, founder of Buddhism. Incidentally, the track is located in the Gautam Buddh Nagar District.

Spread over 875 acres, the fastest lap time on the track is expected to be under 1 minute 27 seconds, with average speeds crossing 210 kmph. The race will have 60 laps.

"It's the greatest sporting infrastructure created by a private company and it also conforms to the latest set of FIA guidelines," informed Gaur.

Asked about the security measures for the race, Gaur said, "Security has been beefed up at all levels. We have made no compromise on that front."

'Circuit needs to be utilised properly' 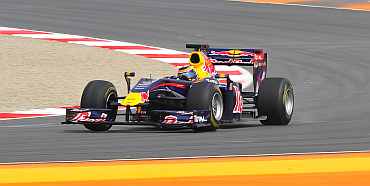 One of the questions the organisers will be asking themselves is how to maintain the track once the race is over.

"Circuit needs to be utilised properly and definitely national racing events will be held on this track after the race. That is how budding Indian racers will come up. Around US $400 million has been invested in this whole project," said Chandhok.

The Chennai-born Karthikeyan warmed up for the home GP by driving a Mercedes safety car for a couple of laps to get a feel of the track.

Neel Jani enthralled the audience with a car show 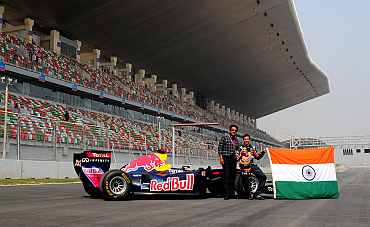 On the occasion, the theme song of the event, sung by leading Bollywood and Indipop singers Leslie Lewis, Daler Mehandi, KK and Lucky Ali, was released.

The racy track Hum mein raftar jeete bar bar is in sync with the nature of the event.

For assembled mediapersons, a car show was organized, during which Neel Jani, the Swiss racer of Indian origin, burnt rubber in a Red Bull Racing car.