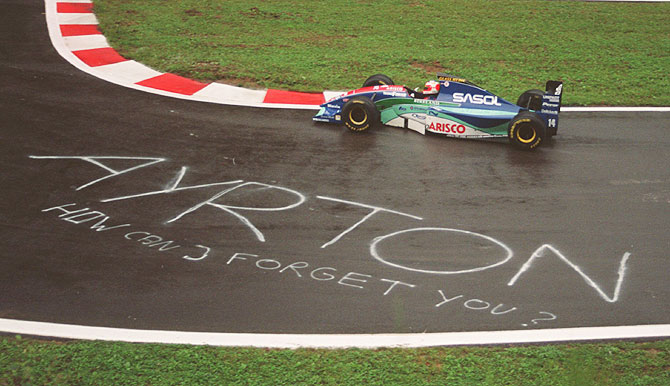 While Formula One remembers Ayrton Senna on the 20th anniversary of his death at Imola, happier memories of another race 10 years earlier highlight just why the great Brazilian is still so sorely missed.

The 1984 Monaco Grand Prix, held in pouring rain, was when even the sleepiest followers of the sport woke up to just what a talent they had in their midst.

Senna, starting in 13th place in the first street race of his rookie season and in a car that he had failed to qualify two races earlier at Imola, finished second to McLaren's Alain Prost -- his future teammate and rival -- for his first F1 podium.

The harder the rain came down, the quicker he went. The Brazilian set the fastest lap and was poised to take the lead when the race was stopped controversially and half points awarded. 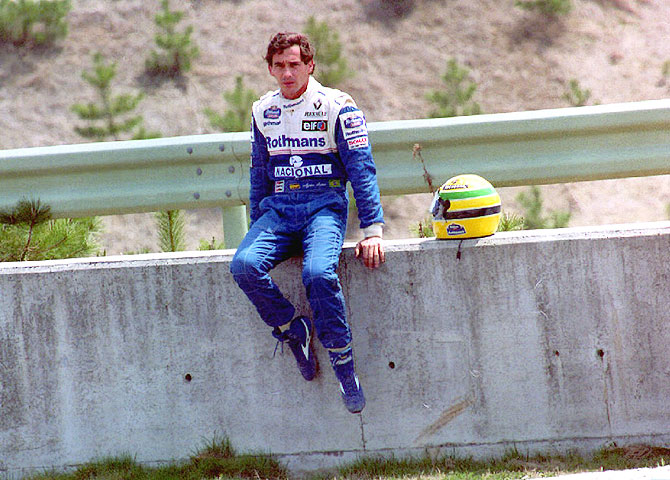 Pat Symonds, now technical head at Williams after working with Michael Schumacher at Benetton and Fernando Alonso at Renault, was Senna's race engineer that day at the unheralded Toleman team and looks back on it as an almost surreal experience.

"It wasn’t exactly on the radar," the Briton told Reuters.

"It wasn’t like 'Yeah this is coming, we’re going to win one soon'. It was like ‘Wow’. Everything aligned and we very nearly won the race.

"It was very surreal and very mixed emotions afterwards, having achieved something more than either of us had achieved before and yet not got that ultimate prize.

"There was the initial euphoria of getting that second place and then two hours later thinking 'Well, actually it should have been first place'. That was quite hard to deal with." 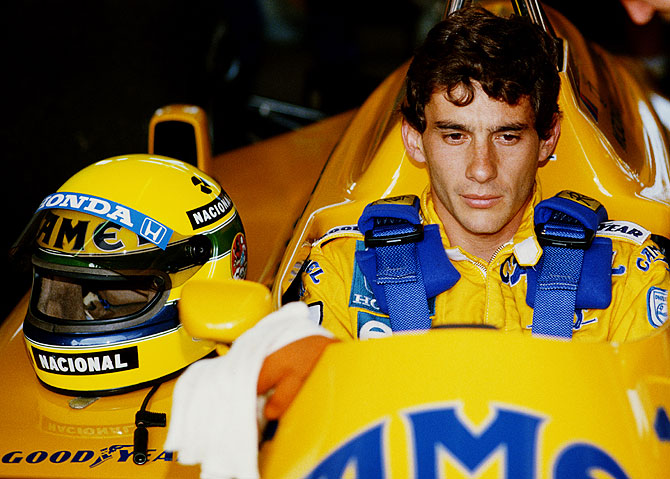 Senna had been a sensation through the junior series, winning Formula Ford championships and 12 out of 17 races in his first year in England in 1981.

In 1982 he had dominated Formula Ford 2000 and then won the British Formula Three title in 1983 after a battle with Martin Brundle and the Macau Grand Prix.

The Brazilian had tested with various teams including Williams and McLaren, the team he would later win his three titles with, before he signed for Toleman, but Monaco was where many people sat up and took notice.

"Probably the first time that I really noticed him was his driving with wets, when he was driving that awful looking car, the Toleman, in Monte Carlo," McLaren head Ron Dennis told reporters in a recent recollection of their time together.

"If the race had finished, who knows whether Prost would have let Ayrton past but what he was doing was spectacular. And such a rubbish car, too." 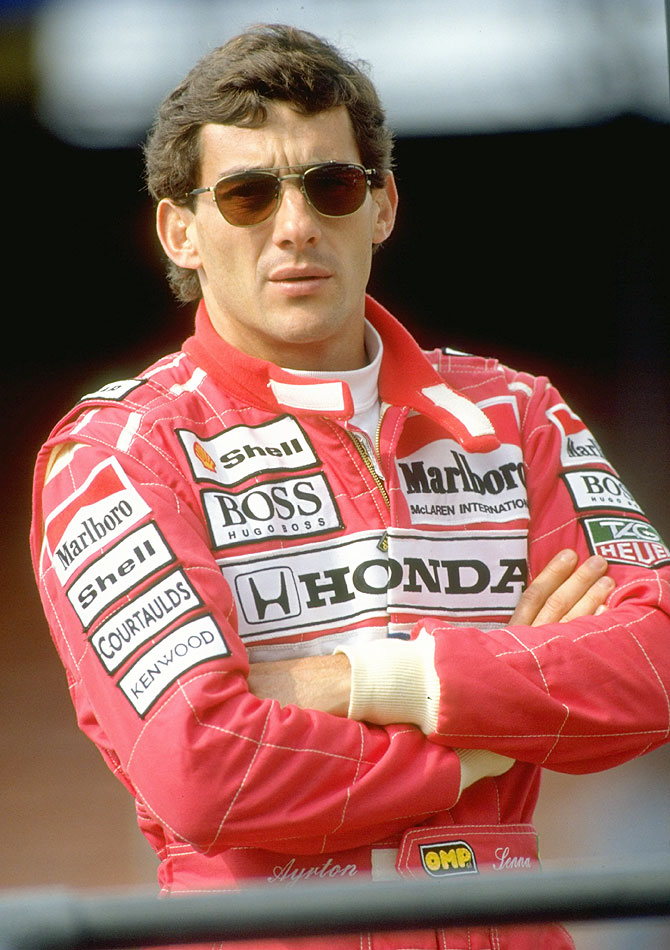 Even Symonds, who had come through Formula Ford and seen for himself how impressive Senna was in the junior ranks, was surprised.

"I knew the guy was good. When he joined the Toleman team I thought we’d done very well. I won’t for one minute pretend to really have anticipated how well we’d done and what an absolute treasure we’d got," he said.

"Once he started working with us, I think a great sign of a good driver is that you forget they are inexperienced... And that was the case with Ayrton. He was just so at home in Formula One that you forgot he was a rookie."

Whether Senna would have actually won in Monaco that afternoon had the race gone full distances is one of Formula One's many unanswered questions.

Although it emerged afterwards that the Brazilian's car was damaged, Symonds suspects he might have done.

"Yes, it is true that one of the front rockers was cracked. And we believed that had happened on a trip over the kerbs at the chicane. But no-one will ever know whether the car would have finished or not," he said. "In my view, it was a serious crack but it wasn’t just about to fail. No-one will ever know the answer."

What is certain is that Senna showed that day some of the qualities that would make him such a formidable competitor -- complete self-confidence and an amazing ability to absorb information.

Senna left Toleman for Lotus at the end of the year and won his first race in Portugal in 1985.

His brilliance, and failings, would shine through -- the win in the wet at Donington Park in 1993 ranks among his greatest - but Monaco was to become a favourite with the Brazilian triumphant six times in total in the principality.

"There were so many drivers who in order to drive a car fast, needed 100 percent of their mental capacity. Ayrton didn’t. He could drive it faster than anyone else and he still had capacity to remember every little detail of every lap," recalled Symonds.

"We didn’t have data acquisition in those days, we didn’t have real-time telemetry. It was down to the driver. And he was very, very good at describing the car and remembering every little thing that happened.

"He was naturally very competitive, he had this self-belief that wasn’t arrogance. It was true self-belief. Therefore he didn’t have that reverence to the established drivers of the time. He just thought they were there to be beaten."