Spain could do an encore at the World Cup. Here is why... 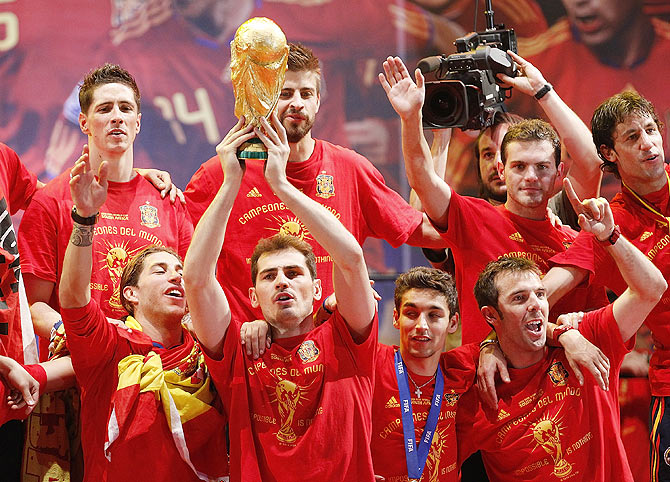 If statistics and a study is anything to by, then Spain look set to defend their World Cup crown.

Yes, you read that right!

According to a study done by a Swiss-based CIES Football Observatory, Spain could do an encore thanks to the interlocking qualities of the squad.

CIES Football Observatory said on Wednesday that it had taken an in-depth look at the career trajectory of all 32 squads due to lock horns in Brazil, AFP reported on Thursday.

"This approach has allowed us to predict a hypothetical scenario for the outcome of the competition, suggesting that Spain will beat Brazil in the final, with Argentina in third place and France in fourth position," it said.

They took into account league matches and goals during each player's career to date, as well as in the last two years, plus national team caps since 2012 and the total number of World Cup games ever played.

Based on that recipe for success, they went through all eight World Cup groups to assess who was likely to reach the last 16.

Spain could play Brazil in the final! 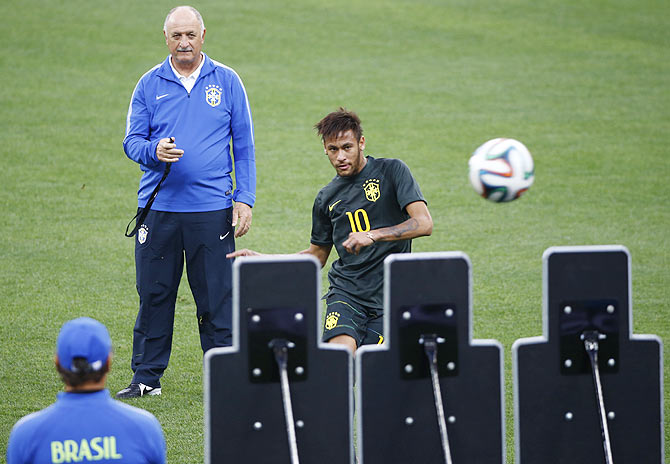 They tipped Brazil to beat The Netherlands in the first knock-out round, while Japan would lose to Italy, France would oust Nigeria, and Portugal would dump out Russia.

In the four other last-16 games, the analysts said that Spain would defeat Croatia, England would elbow out Colombia, Ecuador would lose to Argentina, and that Germany would show Belgium the exit.

That would set up a series of tasty quarter-finals, with Brazil knocking out Italy, France beating Portugal, Spain defeating England, and Germany losing to Argentina.

Brazil would then go on to beat France in the semi-finals, while Argentina would lose to Spain.

It also said that the most competitive groups, statistically, would be Group C, pitting Japan, Colombia, Ivory Coast and Greece, and Group G, made up of Portugal, Germany, the United States and Ghana.