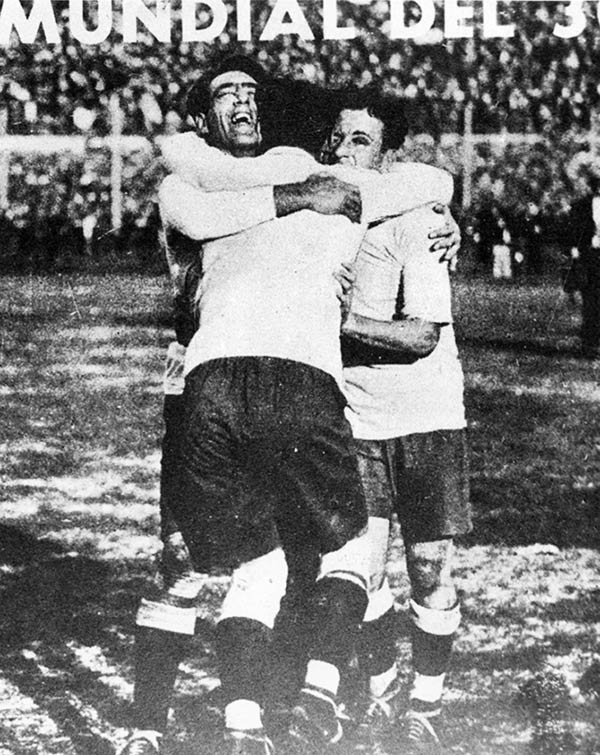 The first of a five part history of the World Cup from Uruguay in 1930 up to the preparations for the 2014 finals in Brazil.

FIFA, world soccer's governing body, had discussed holding a World Cup since the early days of its conception in 1904, but the Olympic soccer tournament adequately served the purpose of establishing the best team in the world in the opening decades of the 20th century.

However, by the mid-1920s, with the growth of professionalism and the game establishing strong roots in Europe and South America, FIFA decided to go ahead with their own tournament which was awarded to Uruguay, the Olympic champions of 1924 and 1928.

After some teething troubles and withdrawals, 13 countries entered and the European nations -- Belgium, Romania, Yugoslavia and France -- all travelled to South America on the same ship. During their two-week voyage they called in to Rio de Janeiro to courteously pick up the Brazilians.

With no qualifying competition held, the first two matches started at the same time on July 13 1930 with France beating Mexico 4-1 and the United States beating Belgium 3-0. Frenchman Lucien Laurent scored the first goal of the tournament.

Hosts Uruguay and neighbours Argentina contested the final, which Uruguay won 4-2 after trailing 2-1 at halftime. For the first and only time every match was played in one city, the capital Montevideo. 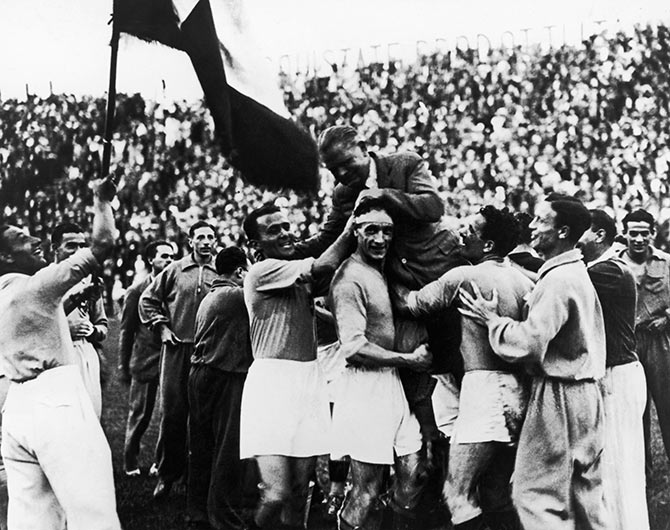 Holders Uruguay refused to compete in Italy feeling that the European nations had snubbed their tournament in 1930.

With FIFA's membership now at more than 50 nations, a qualifying competition was held. The final qualifier was conducted three days before the competition started, with the US. beating Mexico 4-2 in Rome on May 24 before being knocked out 7-1 by Italy on May 27.

Italy's ultimate triumph, to the delight of fascist leader Benito Mussolini, left both Argentina and Brazil disenchanted after they had travelled 13,000 kms for one game each in the first round.

Italy beat Czechoslovakia 2-1 after extra time in the final, having trailed 1-0 until eight minutes from time. Antonin Puc put Czechoslovakia ahead after 70 minutes but Argentine-born Raimundo Orsi grabbed an equaliser and Angelo Schiavio scored an extra-time winner.

Italy retained their title beating Hungary in the final 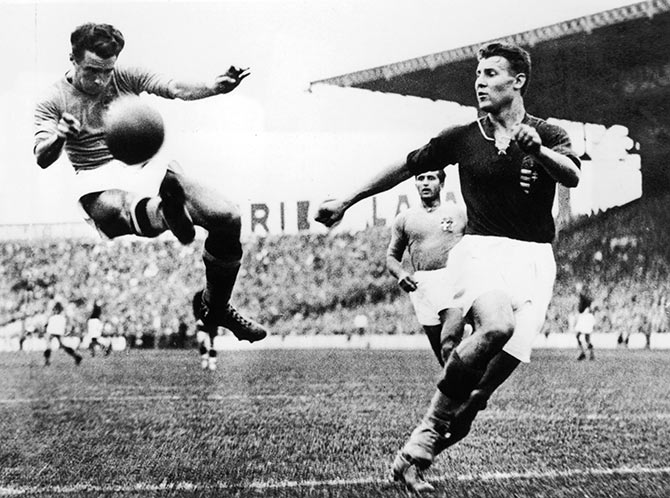 Italy travelled to France and won the World Cup again but politics and the looming spectre of war kept away a number of top nations.

Austria qualified but withdrew, though some of their players appeared in the colours of Germany, and Spain were absent as their country was ravaged by civil war.

Argentina and Uruguay also stayed away. Brazil and Poland produced one of the greatest games of any World Cup in Strasbourg with the South Americans triumphing 6-5 after extra time thanks to four goals from Leonidas who played barefoot for a spell.

In the final, Italy retained their title by beating Hungary 4-2. Gino Colaussi and Silvio Piola scored twice each for Italy, while Pal Titkos and Gyorgy Sarosi found the net for Hungary.

Uruguay won the World Cup for the second time in 1950 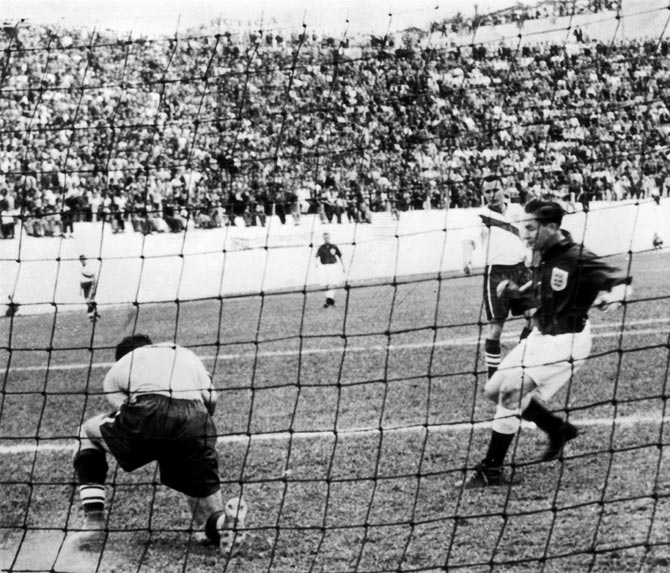 The 1950 finals have returned to the spotlight in recent years as a result of Brazil hosting this year's finals for the first time since then.

As every student of the world game knows Uruguay's win over Brazil was not strictly speaking the final but effectively the deciding game in the final pool, and a draw would have given Brazil the world title.

Their defeat, in the words of Pele and others remains the ghost in Brazil's footballing past and only a victory this summer will help expunge the memory somewhat.

After World War Two (during which FIFA president Jules Rimet, the competition founder, reclaimed the trophy from Italy and kept it under his bed), the World Cup returned and Uruguay won it for a second time.

Before that, the United States beat England 1-0 in Belo Horizonte in one of the greatest upsets in the game's history and Sweden's amateurs beat an Italian side still ravaged by the Superga air disaster that wiped out champions Torino the previous year.

A mini-league format was used to determine the champions and Brazil, Sweden, Spain and Uruguay were the final contestants.

Brazil needed only a draw in their clash with Uruguay to clinch the trophy but lost 2-1 at Rio's Maracana Stadium in front of an estimated crowd of 205,000, the largest to ever watch a match anywhere.

Friaca put the majority of the crowd into raptures when he gave Brazil a lead two minutes into the second half, but Juan Alberto Schiaffino equalised for Uruguay on 66 minutes and Alcides Ghiggia plunged Brazil into a state of national mourning when he scored Uruguay's winner 10 minutes later.