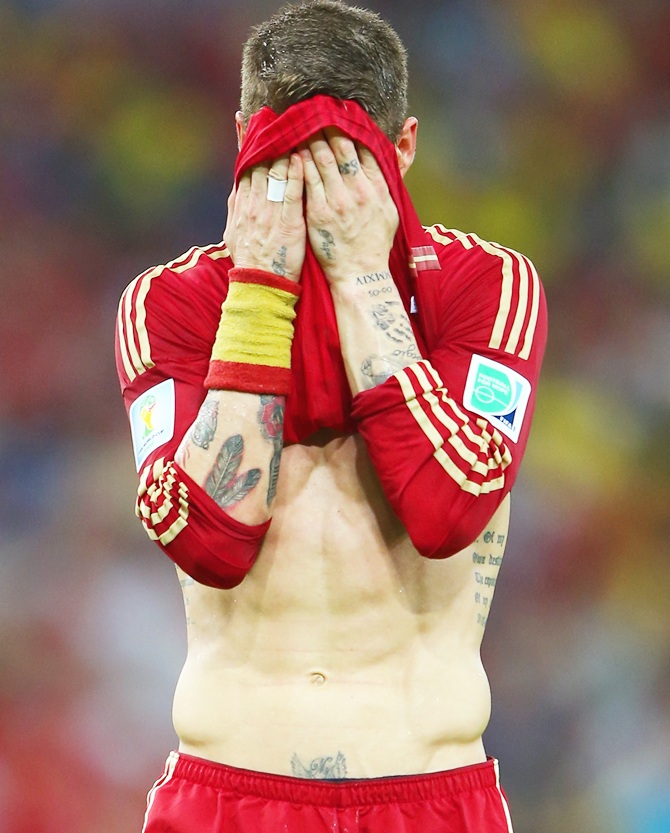 Spain coach Vicente del Bosque said there would be "consequences", including potentially for himself, after the holders' shock elimination from the World Cup on Wednesday, but that he needed time to reflect.

-Catch the complete coverage of the football World Cup

-It's official, Spain's reign is over

"Whenever something negative happens in a World Cup or an important competition like this, it has consequences," Del Bosque told reporters after Spain lost 2-0 to Chile, their second defeat in Group B which left them unable to reach the knockout phase.

"I don't want to get into that analysis because we have a lot of time ahead of us," he added.

"We need to reflect on this calmly. We will have time to do the things that we think are best for Spanish football and that applies to me as well."

'We were inferior to Netherlands and to Chile' 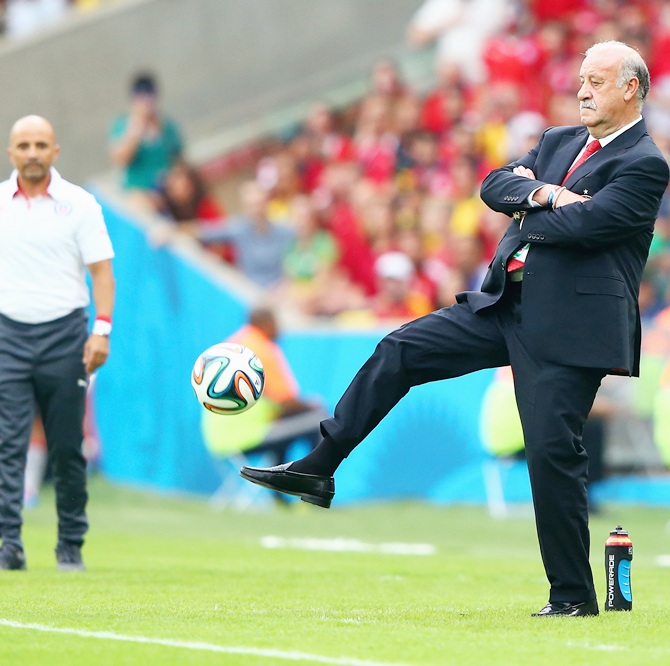 Del Bosque, 63, took over the Spain team from the late Luis Aragones after they won Euro 2008 and led them to victory at the World Cup in South Africa two years later before they triumphed again at Euro 2012.

Del Bosque said Spain played too slowly and too timidly in the first half against Chile, when the South American side scored both goals, following on from their second-half collapse in the 5-1 thrashing by the Netherlands last week.

"It hurts of course but today we were timid all through the first half," he said.

"We had a bit more action in second but it wasn't enough to get a result.

"We didn’t have much luck when it came to chances. But we mustn't look for excuses. We were inferior to Netherlands and to Chile and we need to look forwards, nothing else." 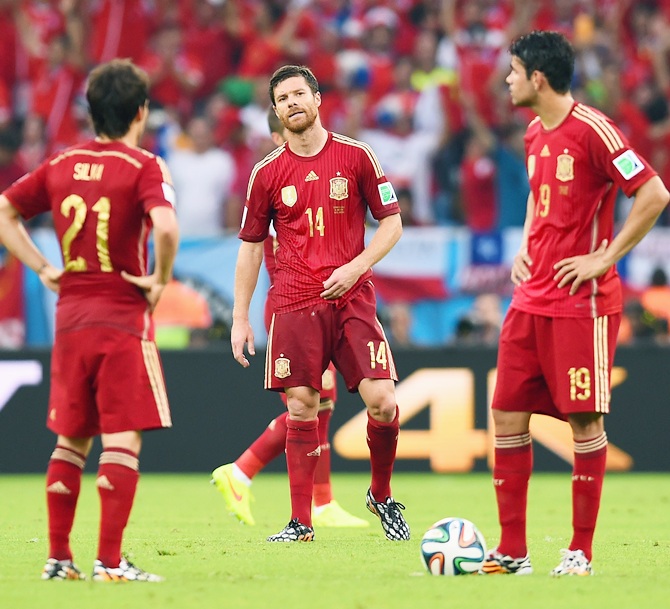 Midfielder Xabi Alonso, who was withdrawn at halftime and replaced by Koke, said the Spain players had to deal with the "great sadness" caused by the setback "like men".

"The supply of joy is all used up and we were not able to keep the good run going," Alonso told reporters.

"The feelings were not like in other championships. In other years we knew how to control games and this time we were nowhere.

"It's the worst defeat of my career, but just as we knew how to behave as winners we have to know how to lose." Forward Fernando Torres, scorer of the winning goal in the Euro 2008 final and a second-half substitute against the Chileans, predicted Spain would bounce back as they had a promising crop of younger players.

"There is a great generation coming through and we will do great things again," he told reporters.

"You can't win all the time and thankfully we can look back and see everything we have achieved."