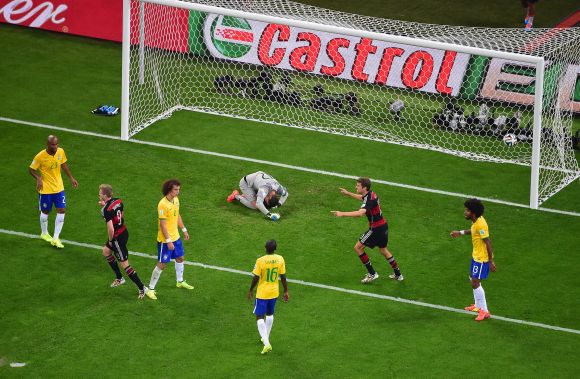 With a well-oiled midfield and strikers of the calibre of Thomas Muller and Miroslav Klose, the Germans will start the title match against Argentina as favourites, says Mauktik Kulkarni.

Lush green mountains. Beautiful parks. Breath-taking landscapes. Wide roads running up and down the mountains, reminding visitors of San Francisco. A sunny day with patchy clouds and a slight chill in the air. It was a perfect day for a World Cup semi-final match.

In the third largest city of Brazil, which is home to the top-ranked Brazilian club football team Cruzeiros, roads were barricaded and huge flat screens or gigantic stages were set up in colorful neighborhoods like Savassi, near the city centre.

For the 5 pm match, most of the industry and offices had given their employees half a day off in anticipation of the traffic.  Those who did not have tickets for the match started streaming into neighborhood hangouts right after lunch with nervous excitement.

Every Brazilian knew that Germany was going to be the toughest test of the tournament so far and everyone wanted the Selecao to get over this hurdle by hook or crook so that they could see their favorite team play at least one match, and perhaps their best match, at the vaunted Maracana stadium in Rio de Janeiro.

But in this city of Belo Horizonte – or beautiful horizons – nobody was prepared for the sun to set so quickly and things to turn so dark for Brazil.

Germany had her own ghosts to bury 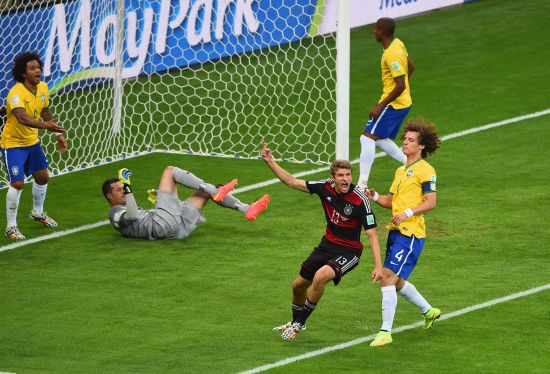 Germany had her own ghosts to bury. As perhaps the most consistent football team in the world, they have been in the semi-finals of every FIFA World Cup since 1966 (counting the West Germany team during the Cold War).

But in the last edition of the tournament, after destroying the talented Argentinean team 4-0 in the quarter-finals, they had run into the brick wall of Spain. Philip Lahm, Miroslav Klose and Thomas Muller were out to prove a point.

In the quarter-final this time around, Germany had experimented with moving Muller to the right and bringing Klose to the starting line-up. It did not result in a deluge of goals, but the tactic was sufficient to take care of a surging French team.

People on the streets of Belo Horizonte were mentally prepared for a 0-1 or 0-2 loss to Germany, but hoping against hope that Brazil pull off another great performance. 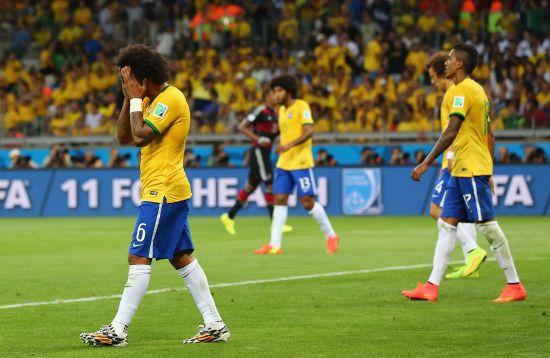 All that changed within the first 20 minutes of the match. Brazil has traditionally never been a strong defensive team. Whatever the offensive power of the opposition, they have always relied on their own offence to beat them to the punch. That has not been the case in this tournament.

Fred, as the striker, and Oscar, on the right, have shown some flashes of brilliance, but they have mostly been flat during the World Cup.

When Neymar Jr. was out of the World Cup with injury, whatever offence they had was gone. But what shocked everyone was the total lack of defense in the D.

Instead of the Brazilian defence having an extra player in the D, it was the Germans who routinely found themselves in the Brazilian D three-on-three or even better. While Brazil demonstrated sheer incompetence in defensive basics, like man-marking, Germany showed how presence of mind and one extra pass in the D can work wonders.

The match was practically over after the first two goals, but when the score line read 4-0, the locals started streaming out of Savassi in droves. Some were crying while others could not help but scream profanities at the big screen.

By half-time, half the crowd had disappeared. Those who stayed back started cheering German goals and a couple of them who could not handle their emotions burned a Neymar Jr. jersey and the Brazilian national flag.

Carnival may be the biggest annual religious festival in Brazil, but football is the religion here. And when the national team suffers such humiliation, untoward incidents are bound to happen. However, cooler heads prevailed and the situation did not spiral out of control. 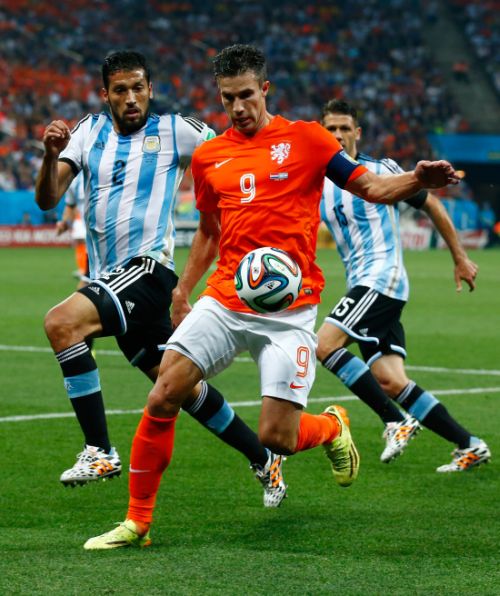 The second semi-final could not have been a better contrast to the first. With Angel di Maria ruled out of the match, Lionel Messi was missing his most trusted offensive partner. Still, in the first 20 minutes of the Argentina – Netherlands match, the Argentinean offense looked much stronger than the Dutch offense.

Like the quarter-finals, Robin van Persie was guilty of getting caught off-side one too many times, but even the Argentineans could not finish their runs or convert their hard-earned corners.

While the Argentineans controlled the ball well in the first half, they could not hold the ball beyond three or four passes in the second half. On the other hand, the Argentine defense did admirably well in breaking down the Dutch runs.

Arjen Robben menacingly entered the D a couple of times, but was neutralized by well-timed defensive blocks.

Lionel Messi will now get a shot at becoming a legend 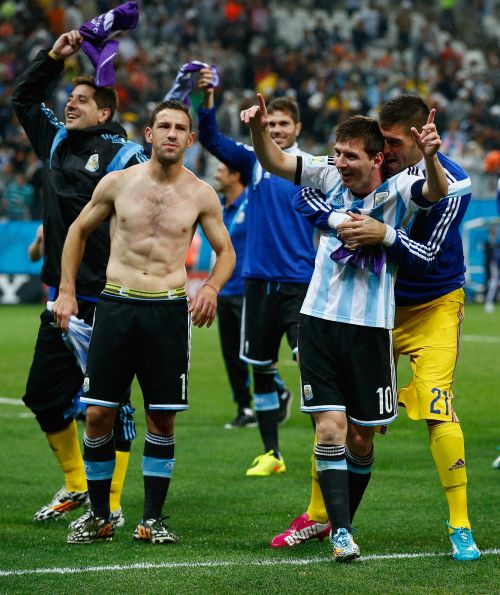 Once the match moved to extra-time, it seemed like both the sides were content playing defensive football and waiting for penalties. Perhaps the only real chance was when Rodrigo Palacio received a beautiful scoop in front of the goal. Unfortunately, he was caught in an awkward position.

A series of penalty kicks is a cruel way to finish such matches, but it is better than all the other alternatives.

Argentina won the lucky draw and Lionel Messi will now get a shot at becoming a legend. By the time he retires, he will have crossed 400 goals in European leagues, but he needs this trophy to get the ‘Legend’ stamp.

So far, he has not outwitted quality defences in the knock-out stages often enough to leave his mark on this World Cup. Is he saving his best for the last?

Javier Mascherano, the Argentina workhorse in the midfield, and defender Marcos Rojo displayed grit by playing through on-field injuries, but will the Argentinean defense dish out another powerful performance?

With a well-oiled midfield and strikers of the caliber of Thomas Muller and Miroslav Klose, the Germans will start the title match as the favourites.

For Argentina to have a realistic chance at winning the World Cup, they will have to hope that Angel di Maria is back in the starting line-up and Pablo Zabaleta & Co. hold the fort for 90 minutes.

Once again, Brazil has been denied the opportunity of winning the trophy on home soil.

But if the Argentineans win on Brazilian soil, they will renew this traditional battle for football supremacy between Brazil and Argentina.

On the other hand, if Germany wins, well, it will be just another day at work.  Show up on time, control the ball, lift the trophy and go home!