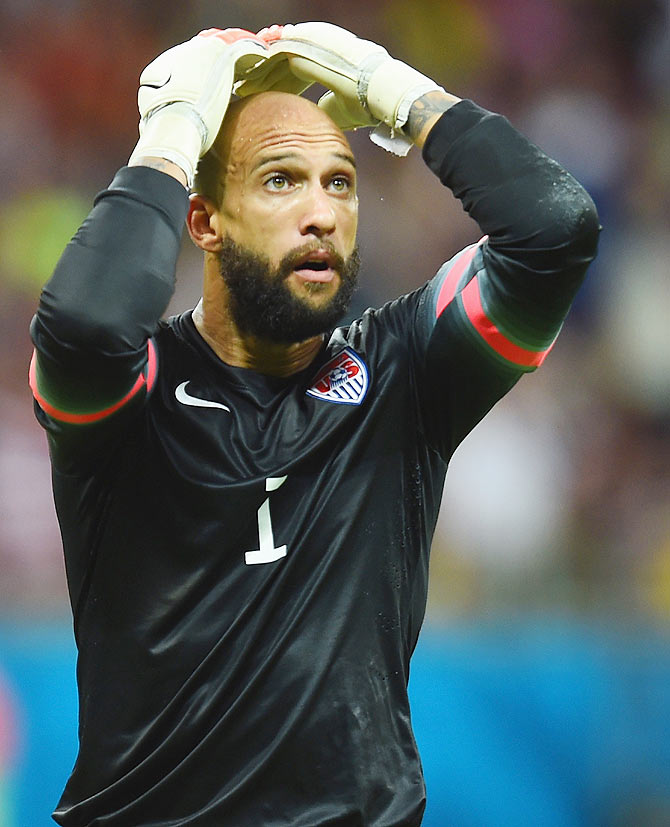 US goalkeeper Tim Howard, who pulled off a record-setting 16 saves in a 1-2 World Cup loss against Belgium, was momentarily named Secretary of Defense on Wikipedia as an enthusiastic fan edited the Wikipedia entry.

In praise of Howard, someone changed the Wikipedia entry for Chuck Hagel to show that Howard is the US secretary of defense, and that bit of change made massive news all over the Internet. The entry was changed to Hagel later.

A day after Howard had made a record-setting 16 saves in the heartbreaking loss against Belgium, Pentagon chief Hagel called Howard on Wednesday to offer his congratulations and acknowledge a joke that had spread online, The Washington Post reported.

"Secretary of Defense Chuck Hagel called US Men's National Team goalkeeper Tim Howard to thank him for defending the United States of America at the World Cup. Secretary Hagel congratulated Howard on his record-breaking game and a great run in Brazil," a Pentagon statement said.

"He invited Howard and the entire team to come to the Pentagon later this year. He told Howard that with some training, he could someday become the real secretary of defense," the statement said.

Meanwhile, more than 6,800 people signed an online petition to the White House to rename the airport in WashingtonD.C. 'TimHowardNationalAirport' from the current Ronald Reagan Washington National airport.

The airport petition is not the only one attached to Howard's name. About 400 people have also signed a petition to make Howard Secretary of Defense. 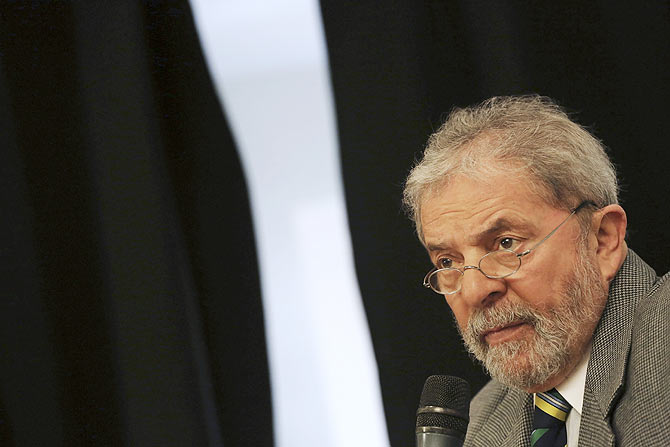 Brazil's players are not the only ones with frayed nerves as they try to win the World Cup at home for the first time.

Former Brazil President Luiz Inacio Lula da Silva, who governed Brazil from 2003 to 2010 and remains its most popular politician, said he was so stressed out watching last Saturday's penalty shootout against Chile on TV that he had to leave the room twice.

"I've been watching World Cups since 1958... and I've never been so nervous as I was on Saturday," Lula told a small group of foreign reporters on Thursday.

Extra time ended with the score at 1-1 before Brazil won the shootout 3-2 after Chile's Gonzalo Jara struck the woodwork.

"If that ball doesn't hit the post, I was going to be hospitalised to take care of my heart," Lula said. "It was really tense. Brazil didn't play well. Chile played better."

Brazil have won a record five World Cup titles but lost in the final the only other time it hosted the tournament in 1950. Coach Luiz Felipe Scolari called in a psychologist this week to help some players deal with the pressure.

The team play Colombia in the quarter-finals on Friday.

Lula, who in 2007 spearheaded Brazil's successful bid to host the tournament, said he was "very happy" with the country's performance as host. He noted that stadiums and airports defied doomsday predictions and have been free of major problems.