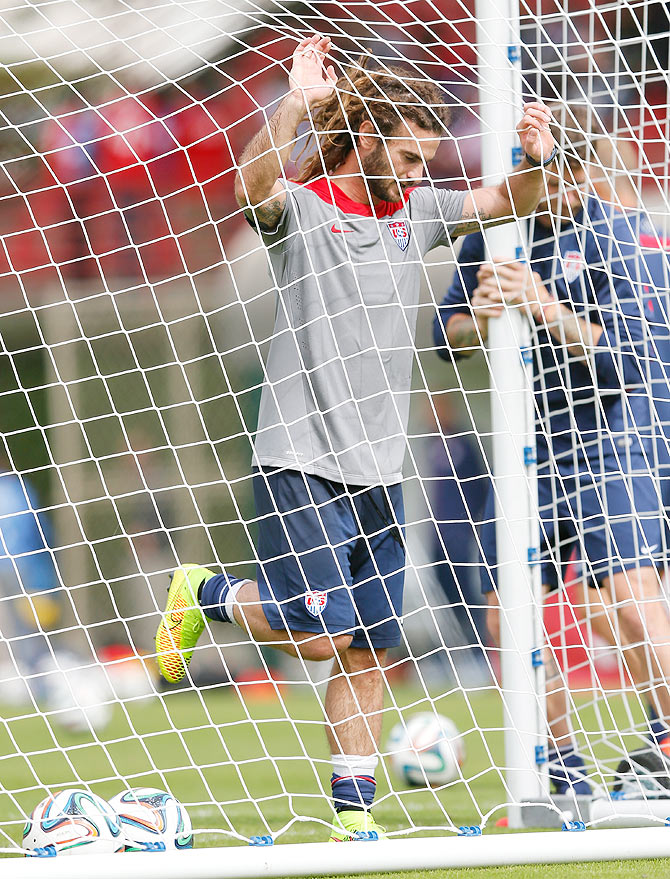 - Catch the complete coverage of the football World Cup

Although the dread-locked Beckerman is an unmistakable presence in the middle of the pitch, it took the 32-year-old a long time to realise his dream of appearing in a World Cup.

It was not until last year that Klinsmann began regularly selecting the player for his ability to protect the defence and organise the midfield.

Since then Beckerman, who has spent his entire career in Major League Soccer, has cemented his place with performances that evoked memories of Dunga, who led Brazil to a World Cup title in 1994, Klinsmann told reporters.

"Kyle is a very special player the way he brings himself into the team concept," Klinsmann said. "He is a giver. He is always there for his team mates.

"To have a Brazilian comparison he is like Dunga. He cleans stuff up and makes simple passes to the creative players." 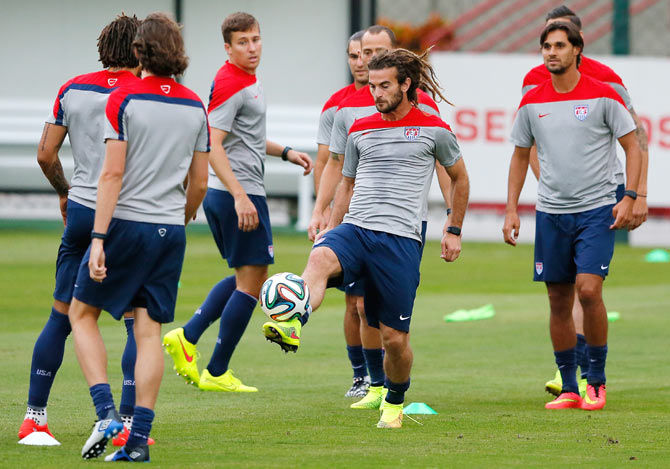 Dunga made his mark as a tough competitor whose rough-and-tumble tackles and straightforward play often drew fire from fans at home but allowed team mates like Romario to flourish.

The parallels for Klinsmann are clear. Having Beckerman on the pitch lets more creative-minded players such as Clint Dempsey and Michael Bradley push forward.

"Kyle is one we want to sit there and protect the back line," Klinsmann said.

"Every game if we need him to do his job and clean up he has done his job."

The U.S. open their World Cup campaign on Monday against Ghana before taking on Portugal and Germany in Group G.