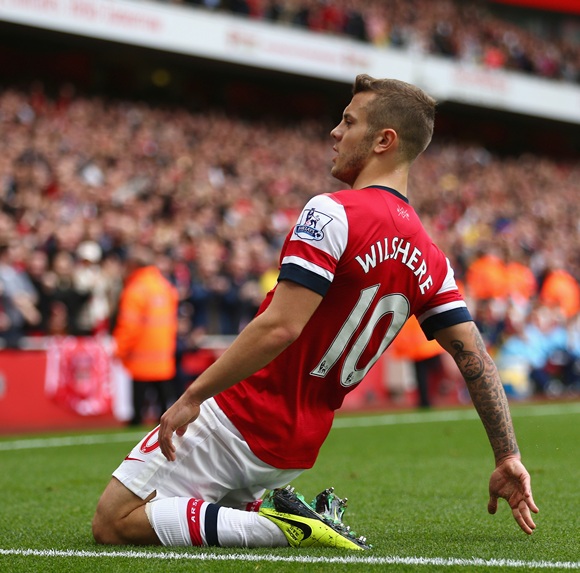 La Liga club Barcelona has put Arsenal midfielder Jack Wilshere in a wish list to replace duo Xavi and Andreas Iniesta. According to the Daily Star, Xavi, 33, and Iniesta, 29, are currently mainstays in the Barcelona midfield, however the club are looking at younger options as the duo enter the twilight years of their career.

Wilshere is regarded as one of their top targets and impressed Barcelona scouts during trips over to England to tie up deals for former Gunners' Alex Song and Cesc Fabregas, the report said.

The England international has enjoyed a superb start to the new season helping Arsenal to the Premier League summit after eight games.

However, Wilshere only signed a new five-year deal at the Gunners in December 2012 and manager Arsene Wenger is unlikely to welcome any move from Barcelona, it looks like.

Barcelona are thought to be considering potential January moves for their targets, but will almost certainly face an uphill task to convince Wenger to part with Wilshere.