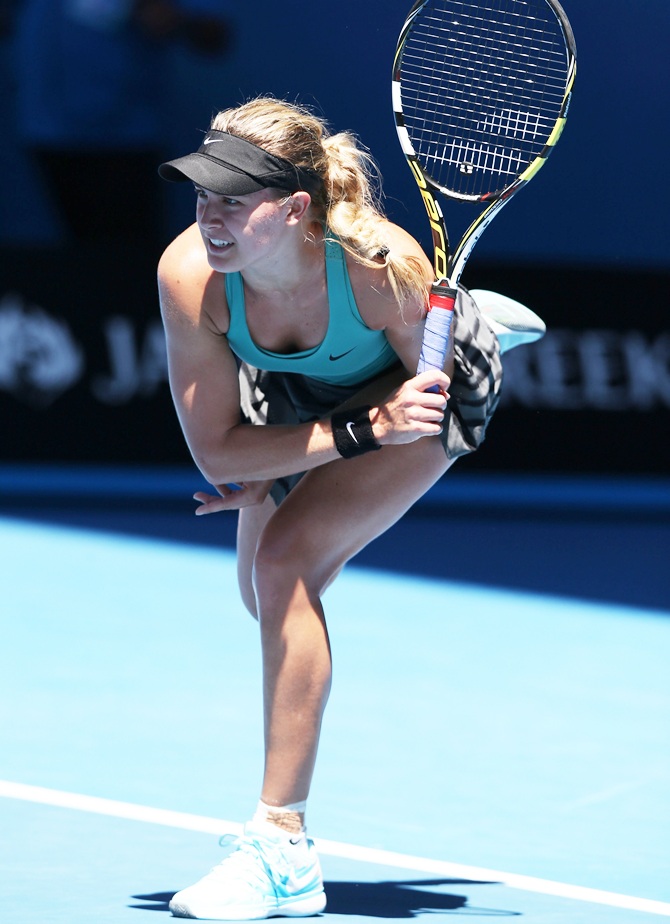 When Canada's Genie Bouchard won the junior Wimbledon title in 2012, it did not take long for her to be tipped as the next big thing in women's tennis.

On Tuesday, the 19-year-old began to fulfil those prophecies when she beat Serbia's Ana Ivanovic 5-7, 7-5, 6-2 to become the first Canadian to reach the semi-finals of the Australian Open.

Named after Princess Eugenie of York, seventh in line to the British throne, Bouchard exudes a calmness on the court way beyond her years, and is equally assured off it.

"I think I'm pretty similar on (and off the court)," she told reporters after setting up a semi-final against Li Na of China.

"I'm a really focused person, really driven. So off the court I'm kind of almost impatient in a way. I like to get things done. On the court I'm the same way.

"In the point, I really just want to play my game, be aggressive, take it to my opponent, and not just wait around and wait for opportunities."

Bouchard is a sponsor's dream 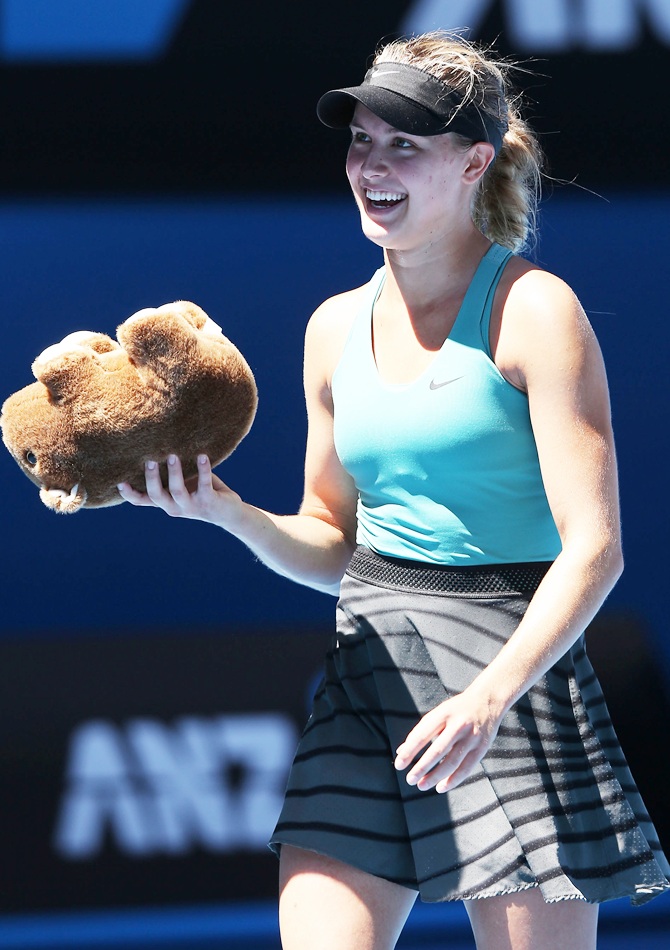 Image: Eugenie Bouchard of Canada holds a toy wombat thrown to her from the crowd after winning her quarterfinal match
Photographs: Michael Dodge/Getty Images

With her looks and a game that is improving all the time, Bouchard is a sponsor's dream, even if she plays a pretty straight bat to any questions slightly off-message.

Backed into a corner in an on-court interview and asked who in the world she would most like to share a date with, she blurted out: "Justin Bieber".

But when asked later in a press conference: "Why in the hell did you say Justin Bieber?" she clammed up, saying: "There was a swear word in that question. I don't think I'm going to answer that."

While Bouchard is from Westmount, an English-speaking town in Quebec, she also speaks excellent French. 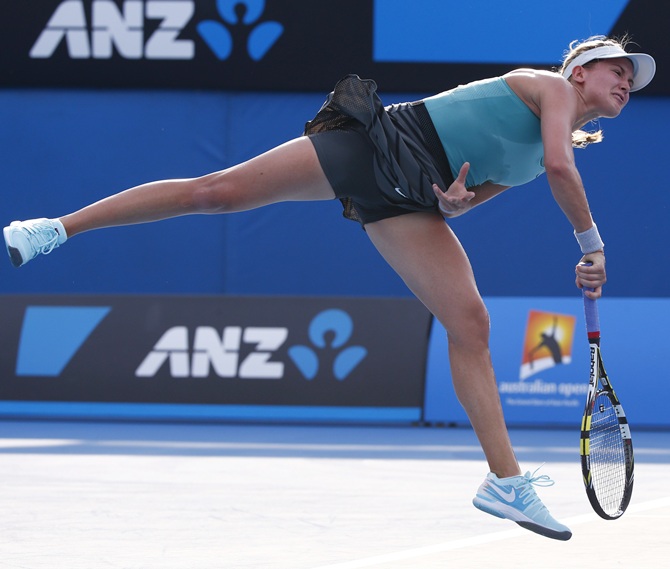 Her victory on Tuesday also made her the first Canadian into the last four at any Grand Slam since Carling Bassett at the 1984 US Open.

That statistic is slightly skewed by the fact that the two most prominent Canadian-born players of recent years, twice grand slam champion Mary Pierce and men's former world number four Greg Rusedski, both ended up playing for other countries.

Still, Bouchard realises that coming from a country where ice hockey is the most popular sport, she is facing an uphill battle to bring tennis to the masses. 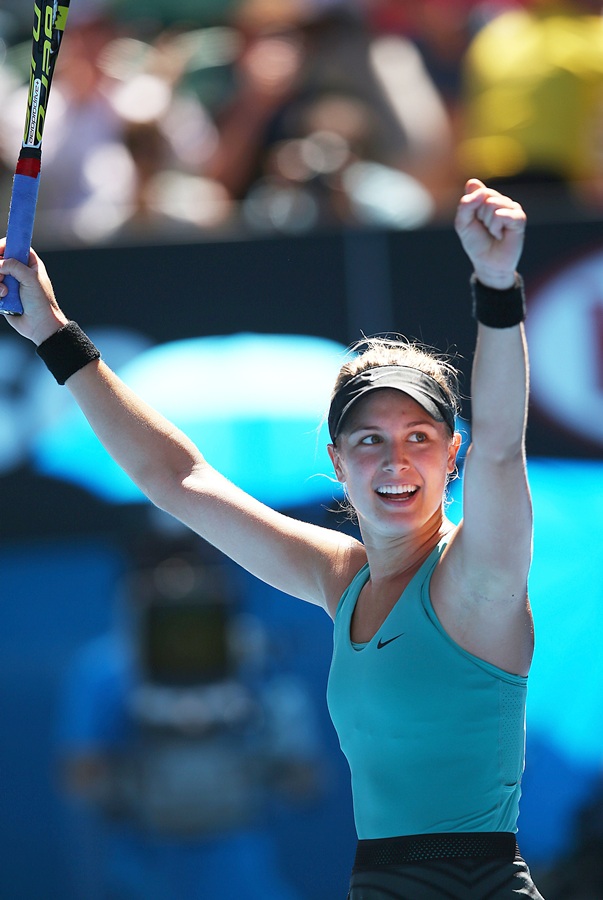 If she beats Li Na to reach the final in Melbourne, however, things may change just a little.

"It's definitely not the most popular sport there but I think it's growing, I think it's getting better. I'm just trying to do the best I can for myself, for the country as well."

Dealing with the fame that comes with success appears to be easy for Bouchard and the Canadian said reaching the semi-finals was not a shock.

"It's something I've been doing since I was five years old and working my whole life for and sacrificing a lot of things for," she said. "So it's not exactly a surprise. I always expect myself to do well.

"I'm just happy to have gone through this step. I'm not done. I have a match on Thursday. I'm just looking forward to that."