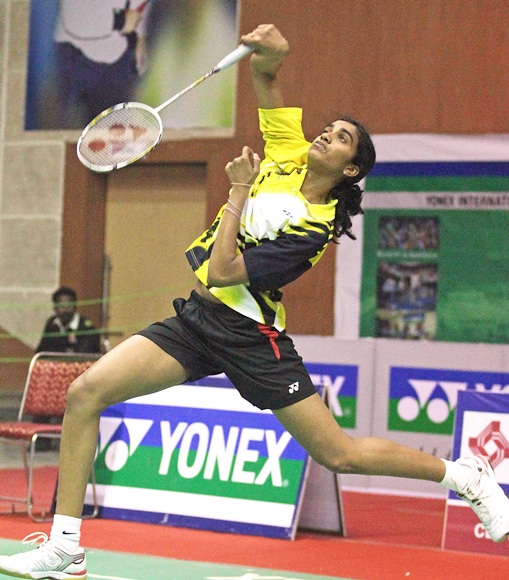 India's rising shuttler P V Sindhu created history by becoming first Indian women's singles player to be assured a World Championship medal as she entered the semi-finals of the competition.

Sindhu won 21-18, 21-17 against Wang Shixian in the quarter-finals at the World Badminton Championships, at the The Indoor stadium in Guangzhou, China, on Friday.

The Hyderabad girl completed the rout in 55 minutes.

World No. 12, Sindhu will next take on the winner of the match between Carolina Marin and Ratchanok Intanon in the semis.

Sindhu had stunned defending champion Yihan Wang of China in the pre-quarterfinals in the tournament and this giant-slayer is looking good to create more upsets.

Before Sindhu, Prakash Padukone won a medal in the World Championships way back in 1983 when he bagged a bronze in the men singles event in Copenhagen. Later, the women's doubles pair of Jwala Gutta and Ashwini Ponnappa bagged another bronze for India in the last edition of the tournament at London in 2011. 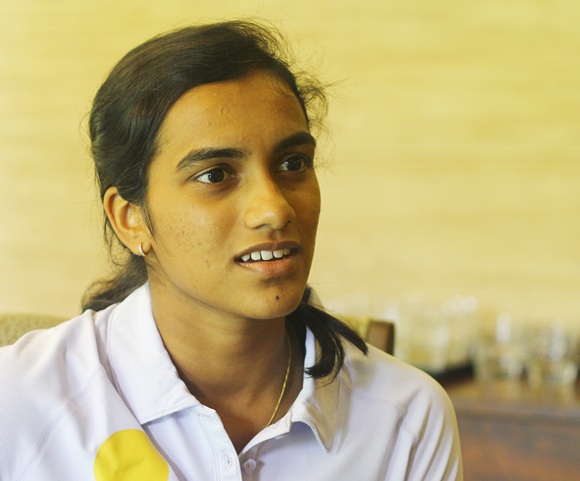 In the quarters, against Wang, Sindhu relied on her smashes, besides hitting as many as 19 clear winners.

The 18-year-old Indian dominated from the word go. After initially being tied at 3-3, the Hyderabadi surged ahead to open a slight 6-3 lead.

Determined not to lose the advantage, Sindhu increased the gap to make it 13-8.

Wang, however, managed to bag four points on the trot to reduce the margin to 12-13. But Sindhu regained her composure quickly to pocket three consecutive points and once again move ahead.

Wang gave Sindhu another scare by making it 18-19 before the Indian eventually wrapped up the first game 21-18. 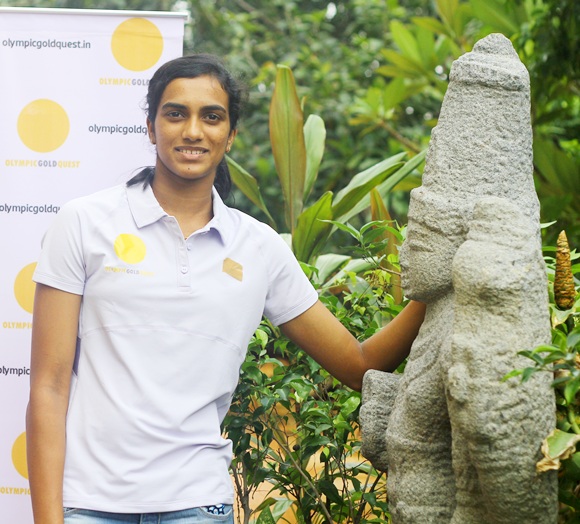 In the second game, like in the opening game, Sindhu straight-away took a 6-2 lead, before four straight points from Wang served her a warning bell.

Tied at 6-6, Sindhu roared back with three consecutive points and thereafter she consistently maintained a lead of at least a point or two.

Comfortably placed at 20-16, Sindhu wasted just one match point before capping it off in style and sealing the game 21-17.