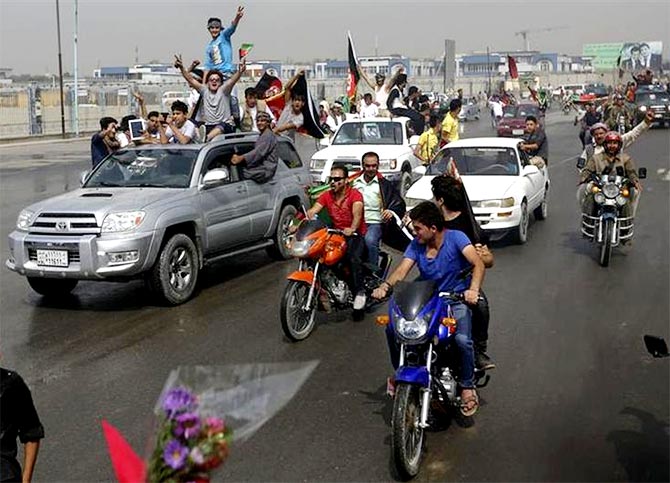 President Hamid Karzai embraced Afghanistan's victorious football team on Thursday, hours after they united the nation in a rare moment of shared joy, but officials also told jubilant Afghans to stop firing guns into the air in celebration.

Fans in cars and on motorbikes joined others on foot, cheering, blowing horns and waving Afghan flags throughout the night. Many danced in the streets of the capital, Kabul, after crowding around television sets in their homes, restaurants and coffee shops to watch the match.

"Now I know what being proud feels like, this is the happiest time in my life," said fan Ahmad Bashir, an Afghan flag draped over his shoulders.

"I have no idea what we will do if we ever win the World Cup," he said. 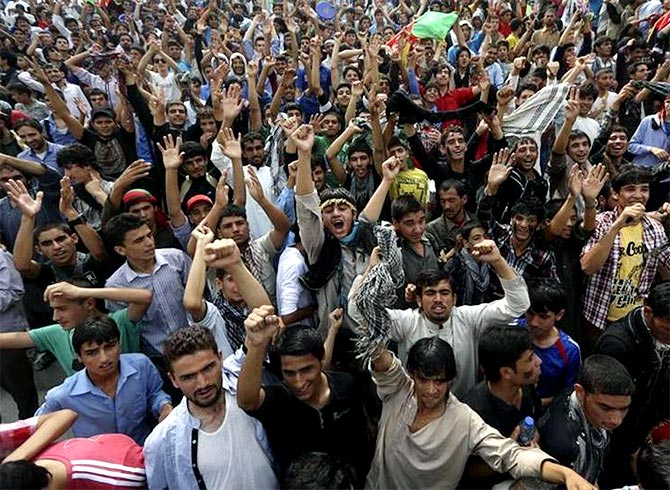 Most of those out in the streets of the strictly conservative Muslim country were men, although some families in cars joined in the celebrations, many shouting "Zendabad Afghanistan!" (Long Live Afghanistan!).

Afghans have struggled under the weight of three decades of conflict, stretching back through the occupation by former Soviet forces, a civil war, austere rule under the Taliban and then another 12 years of war since the Taliban were toppled.

Such celebrations would have been unimaginable under the Taliban, who banned music and television and forbade women access to education and most public gatherings.

The Taliban also banned most sport, and even used the national football stadium in Kabul for public executions.

"Our youths proved that we have the ability to make progress and win," Karzai said in a statement issued by the presidential palace. Karzai's office tweeted a picture of him watching the match in the palace. 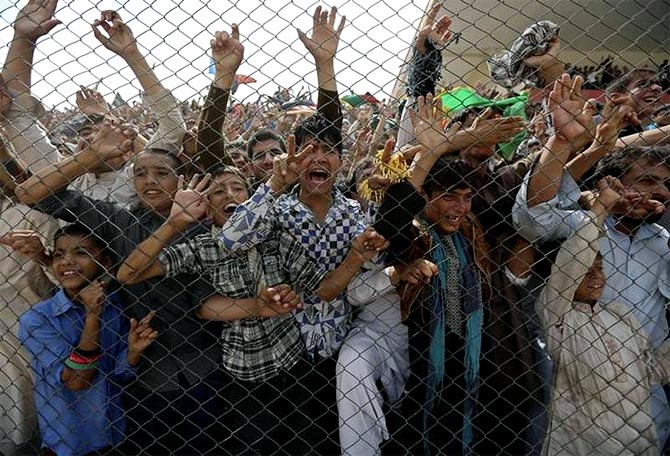 Celebrations continued throughout Thursday, a brief respite for Afghans who fear increased violence as most foreign troops prepare to leave by the end of next year.

The night erupted into gunfire in Kabul and elsewhere across Afghanistan immediately after the match as fans fired AK-47 assault rifles - commonplace in many Afghan households - and even machine-guns into the air in celebration.

Witnesses said many of those firing into the air had been police. The gunfire panicked some residents, who feared an attack by the Taliban, and led to warning sirens being sounded in some foreign embassies.

The Afghan interior ministry and the intelligence agency congratulated the national football team in a statement.

They had to send out a second statement on Thursday urging people to stop the celebratory gunfire because of the risk posed by bullets falling back to earth.