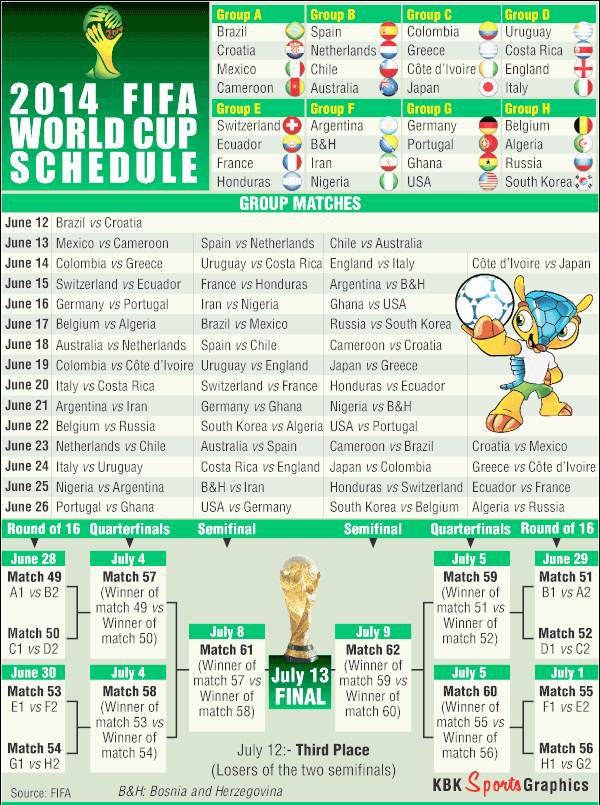 The matches will be telecast on Sony Six.

Thirty-two teams, divided into eight groups, first play the first stage of the tournament, and the top two teams from there qualify for the Round of 16.

There quarter-finals are on July 4 and 5.

The first semi-final is on July 8 and the second the next day.