The parents of P V Sindhu, who became the first Indian woman singles player on Friday to ensure a medal at the ongoing World Badminton Championships, attributed their daughter's success to hard work and determination.

"We are very happy to see her perform so well. She has reached this level due to her hard work and sheer determination. Her routine of reaching academy for practice at 4 am is delivering wonderful results for her," Sindhu's father P V Ramana said. 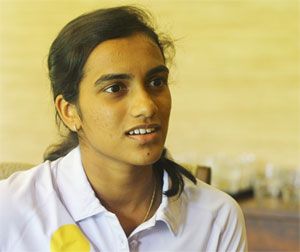 Playing in her maiden World Championships, World no 12 Sindhu recorded a stunning victory over local favourite Shixian Wang of China with a 21-18, 21-17 victory to enter the semi-finals.

Sindhu's parents were at her academy to watch their daughter take on a tough Chinese opponent.

"We are very happy. It is very exciting. We are celebrating the medal," Ramana said.

"We are at the (Pullela Gopichand Badminton) Academy and all the children here are celebrating the moment," he added.

"With Chief National Coach Gopichand mentoring Sindhu, a bright future is assured for her," he said.

Meanwhile, accolades have been pouring in for the 18-year-old shuttler's stupendous show.

Former international Uday Pawar said, "It is a very good news. She is young, very talented and is playing fearless badminton. Beating two Chinese players in a row is creditable. Hopefully, she not only goes on to reach the final but also to win the title."

Pawar pointed out that Sindhu was able to adapt to the conditions better than her compatriots in the ongoing championships and will now have to maintain her speed to go right through.

"After her win against the second seed (defending champion Yihan Wang of China in the pre-quarterfinals) yesterday, it was obvious that she is playing very good badminton. She has been able to adapt to the conditions much better than other Indian players have.

"To beat two Chinese players takes a lot on the mind and the body. Only concern is how good her physical condition is. At this stage she needs to maintain the same kind of speed that she has been playing at. She has an aggressive style of play and that requires her to be at her best physically," Pawar said. 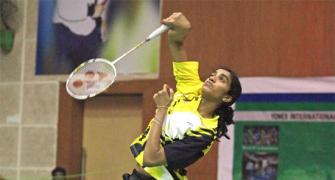 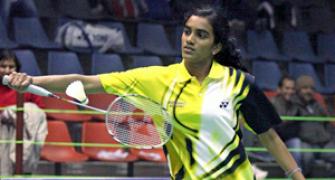 Saina, Sindhu in third round of World badminton; Kona-Vishnu exit 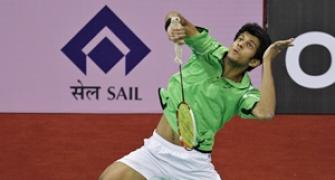 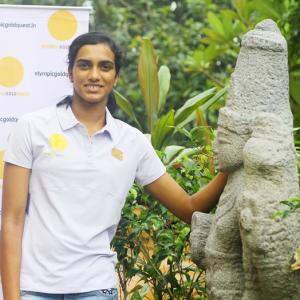 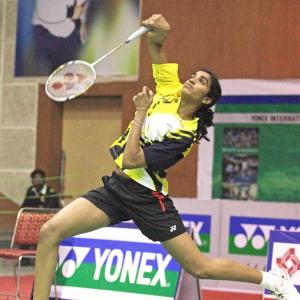