IMAGE: This was Sindhu's third successive early exit from a tournament since claiming the World Championship. Photograph: BAI/Twitter

India's campaign at the $ 775,000 Denmark Open came to a disappointing end with the trioka of PV Sindhu, B Sai Praneeth and Sameer Verma -- all-exiting after suffering straight-game losses, here on Thursday.

World Champion Sindhu, seeded fifth, yet again struggled to buck the trend of recent early exits as she was knocked out after she lost 14-21, 17-21 to Korea's An Se Young in a 40-minute second-round women's singles clash at the BWF World Tour Super 750 event.

This was Sindhu's third successive early exit from a tournament since claiming the World Championship at Basel, Switzerland in August.

The 24-year-old Indian had lost in the second and first round at the China Open and Korea Open respectively in the last two events.

It turned out to be a dismal day for Indian shuttlers in general as B Sai Praneeth, Sameer Verma, and men's doubles pair of Satwiksairaj Rankireddy and Chirag Shetty also went down in straight games in their second rounds.

While Praneeth was outclassed by two-time World Champion Kento Momota of Japan 6-21, 14-21 in yet another dominating show, Sameer lost 12-21, 10-21 to Olympic champion Chen Long of China.

Later in the day, Pranaav Chopra and N Sikki Reddy put up a gallant fight before going down 24-26, 21-13, 11-21 to fourth seeded Malaysian pair of Chan Peng Soon and Goh Liu Ying in the mixed doubles competition.

The Korean raced to a 6-1 lead early on but Sindhu narrowed it down to 7-8 at one stage, raising expectations of a change of script.

But Se Young was relentless as she zoomed to a 14-7 advantage and then slowly moved ahead to pocket the opening game.

In the second game, Sindhu held a 8-4 lead at one stage but Se Young surpassed her with a 9-8 advantage.

Sindhu again moved ahead before the Korean reeled off six straight points from 14-16 to grab four match points and converted it on her second attempt to seal her place in the quarters. 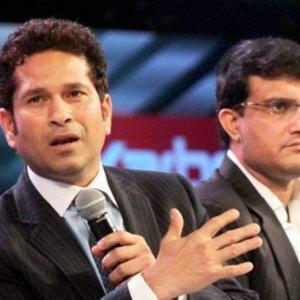 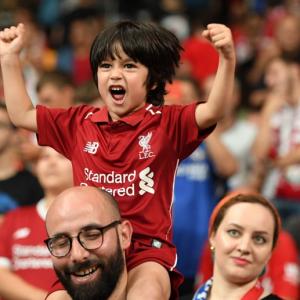