The World Cup of Golf will feature two-man teams from the top 28 nations based on the Official World Golf Ranking. 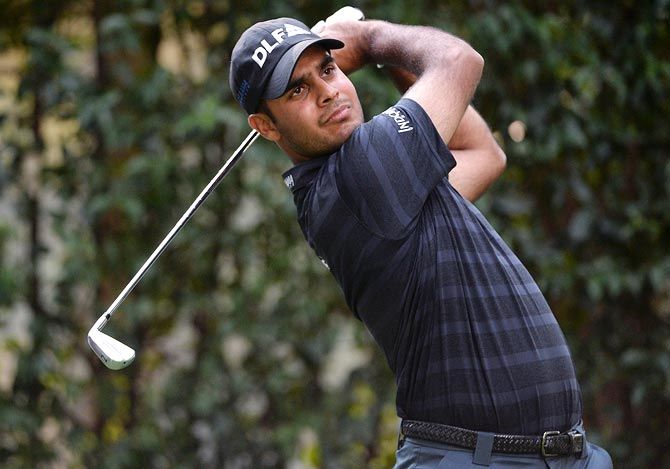 IMAGE: Shubhankar Sharma, who enjoyed great success on the European Tour this season, will be making his debut at the prestigious event. Photograph: Orlando Ramirez-USA TODAY Sports/Reuters

India will be represented by Shubhankar Sharma and Anirban Lahiri at this year's World Cup of Golf slated to be held at The Metropolitan Golf Club in Melbourne from November 21 to 25.

The ISPS Handa Melbourne World Cup of Golf will feature two-man teams from the top 28 nations based on the Official World Golf Ranking.

The 59th edition of the event will see the 56-player field vie for the US$ 7 million prize money on offer.

Shubhankar, who enjoyed great success on the European Tour this season courtesy of his two wins, will be making his debut at the prestigious event.

The current Asian Tour Order of Merit leader, has picked 31-year-old PGA Tour regular Anirban Lahiri as his partner for the World Cup. 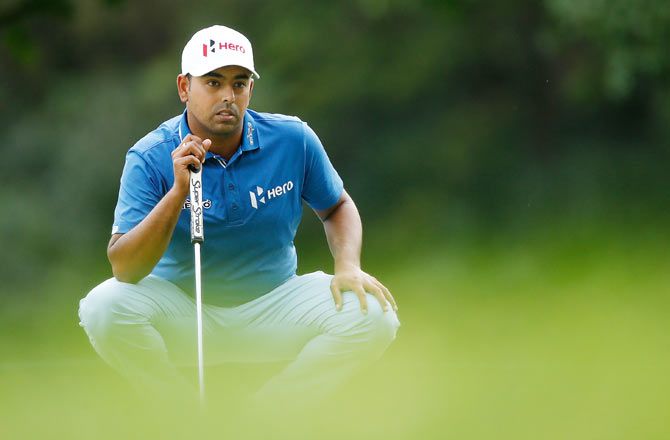 Lahiri, currently the second-highest ranked Indian in the world at 110, will be making his second appearance at the event.

Anirban, a two-time European Tour winner and a former Asia No. 1, had last played the World Cup in 2013 when he partnered Gaganjeet Bhullar. Lahiri has enjoyed a decent season on the PGA Tour thanks to four top-10 finishes.

An excited Shubhankar said, "It's my privilege to represent my country in the forthcoming World Cup of Golf at Melbourne. In Anirban, I will have a great partner and senior to guide us through the grind of the event and hopefully win it for us."

"Since the start of the year, I made this event as one of my goals as it has so much history, tradition and a wonderful list of past champions," added Shubhankar, who played all four Majors this year and also posted two top-20s on the PGA Tour.

Anirban, who has previously also taken part in other esteemed team events such as the Presidents Cup, the Olympics and the EurAsia Cup, said, "I'm very excited to be pairing up with Shubhankar. He's a special talent and a dear friend so obviously it's going to be a lot of fun. We both have the capability to bring back the trophy if we can play to our abilities." 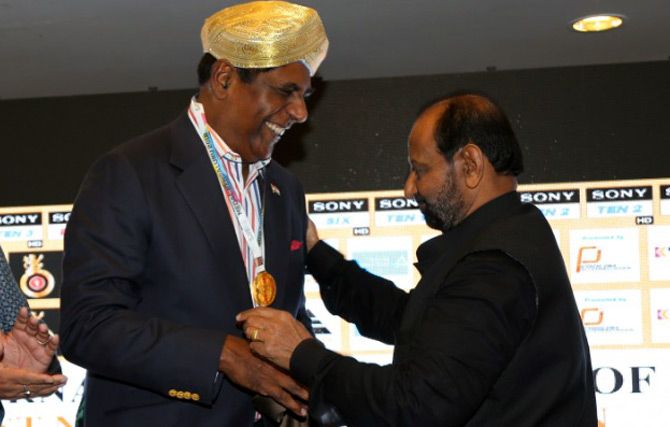 India's tennis legend Vijay Amritraj was on Thursday elected the new president of the Tamil Nadu Tennis Association (TNTA) at its Annual General Meeting held at the Madras Cricket Club in Chennai.

"I am aware that the expectations will be high. Tennis in the country needs a fillip for a better standard. Our team will do its best to give that fillip. Concrete plans will be firmed up shortly. At this point, I would like to request the support of all in all the endeavours of the Association," he said after the 96th AGM of TNTA.

Asked what prompted him to take up the responsibility, he said, "I had a wonderful chat with Karti (Chidambaram), (Vijay) Sankar and everyone else. And, there is this legacy, history, and nostalgia here."

"It's the 96th AGM and I am the 12th president, if I am not mistaken. Some of the greatest players of the country have come from this State (Tamil Nadu).

"In 1987, we were fortunate to have all four Davis Cup members from this State. Thus, when approached to consider this (the responsibility), I weighed all the pros and cons, and I think we have a good team," he added.

He further said, "My father Robert Amritraj was a TNTA council member from 1972-80. So, it's a very special privilege to take that legacy forward. I also commend the outgoing administrators for their role
in keeping up the promotion of the sport during their tenure."

Amritraj stressed the importance of focussing on the "next generation of players," especially school children who might consider taking up a sport to get into good colleges. Efforts would be made to improve the sport in the districts, he said.

The former Davis Cupper, who led India to two finals of the prestigious team tournament, said Indian players have to improve their fitness.

"Fitness, especially of the lower part of the body, is an important aspect. You have got to play the 20th ball like you play the second ball. And that is where we struggle quite a bit. Because, our boys and girls tend to pull the trigger too early in a point."

The new office-bearers will serve a three-year term until 2021.