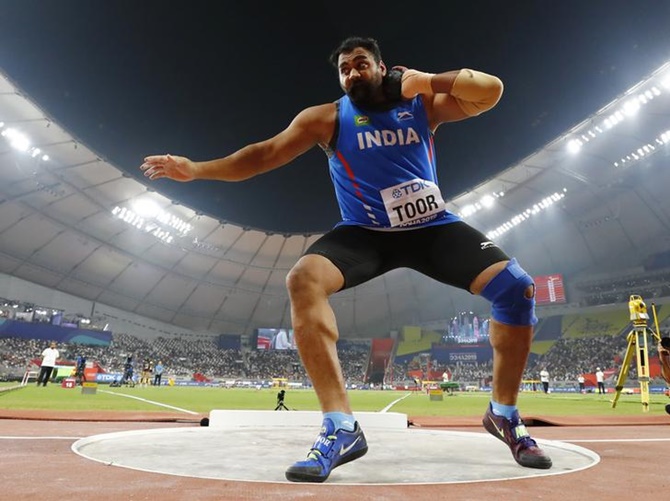 The 24-year-old Toor produced a season's best effort of 20.43 metres in the men's shot put to finish eighth in the Group B qualification round and 18th overall out of 34 competitors, while Jinson ran a below par 3 minutes 39.86 seconds in the men’s 1500 metres to end up 10th in the first round heat and 34th overall out of 43 runners.

Toor was the first to take the field, but with eight shot putters from Group A having already attained the automatic final round qualifying mark of 20.90m, it was a difficult task for him. He has a personal best -- also National record -- of 20.75m.

He opened with a throw 20.43m, bettering his earlier season's best of 20.36m, but fouled on his next attempt.

Pressure mounted on him as three competitors from Group B touched the automatic qualifying mark in their first attempt while another did the same in the second round.

That meant Toor would have to throw 20.90m and rewrite his own National record in his third and final attempt to qualify for the final.

But it was too tough a task as he could only come up with a 19.55m effort.

Those who attained 20.90m or at least 12 best performers were to make it to the final; eventually, 12 shot putters from Group A and Group B combined cleared the automatic qualifying mark for the final.

It was more disappointment for India as the 28-year-old Jinson, who broke his own National record just last month with a time of 3:35.24s, failed to preserve enough energy for the home stretch and was overtaken by one competitor after another as he clocked more than four seconds outside his best timing.

He was among the leading five till the final bell but fell behind towards the end.

The top six from each of the three heats and the next six fastest advanced to the semi-finals. 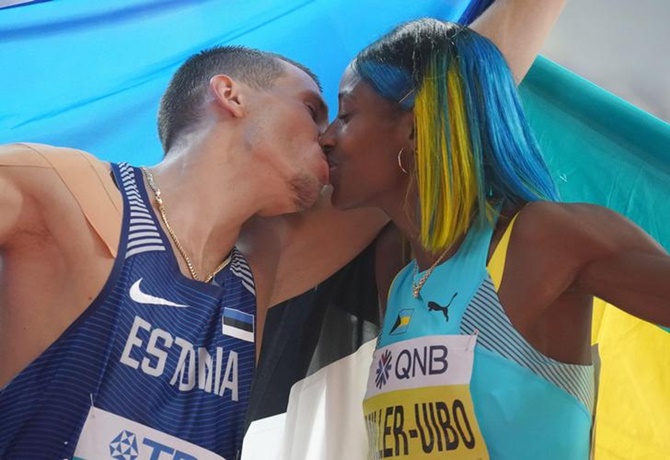