Sports Shorts: We will have Olympics next year, says Coates 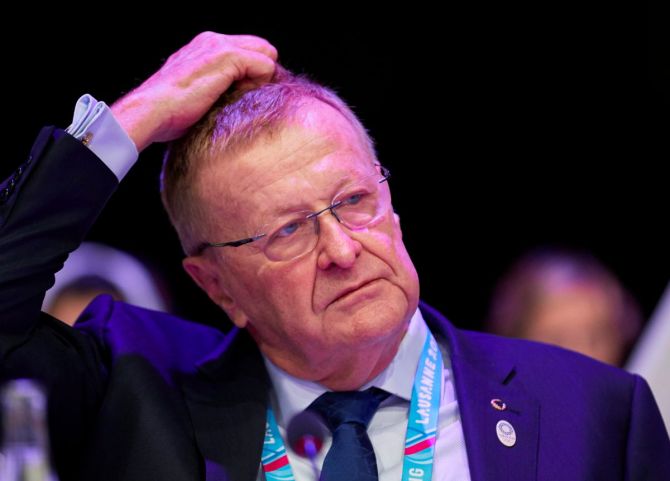 The Olympic movement faces its biggest challenge in four decades in getting a streamlined Tokyo Summer Games up and running next year but influential official John Coates believes it will happen.

Coates heads the International Olympic Committee's (IOC) Coordination Commission for the Tokyo 2020 Games, which were postponed until 2021 because of the global COVID-19 pandemic.

The 70-year-old Australian concedes there is uncertainty because of the continuing spread of the virus but thinks it is vitally important that the Games go ahead.

"We owe it to the athletes to make sure this happens and a generation of athletes don't miss the opportunity of the Games," the IOC vice president told Reuters in a telephone interview on Wednesday.

"I'm putting a lot of work into it and my gut feeling is yes, we will (have an Olympics next year)."

While there will be changes to reduce the cost of the event, and others to ensure the health of athletes, Coates said the desire was still very much to have spectators in the stadiums.

"The crowd are an important part of it and it is very much in our planning to maintain that," he added.

To offset the increased costs caused by the postponement of a Games that was already slated to run up a bill of $12.35 billion, the IOC and organisers have come up with more than 200 measures to simplify the Olympics.

"Not all will be adopted because we have to make sure they don't affect the athletes and the sports, and that they are acceptable to both sides, but we're working through them," Coates said.

One change that was already agreed, he added, was to scrap a glitzy opening ceremony for the IOC meeting that traditionally precedes the Games.

"That will now be three speeches at the start of the session," said Coates. "And that might save you half a million dollars."

Coates said that the simplification of the Games was very much in line with IOC President Thomas Bach's "Agenda 2020" project, which aimed to make hosting the Olympics cheaper after the 2014 Sochi Olympics ran up a bill of $60 billion.

Some of the adjustments for Tokyo might therefore become the "new norm" for hosting the Olympics, he said.

"What we're having to do now, sure, it's taking it to a new degree but it's the intention of the thinking (of Agenda 2020)," he added.

"Some of those areas could well further reduce the complexity, and thus the cost, of hosting Games in the future. That's the opportunity."

Coates said since the postponement there had been no change in the relationship between the IOC and their Tokyo partners, from Yoshiro Mori, the former Japanese prime minister who heads the organising committee, all the way down.

"I'm actually amazed, from the day the decision was made to postpone, the enthusiasm and the attitude of just getting on with it is quite remarkable," he added.

"They've maintained their motivation. I'm very, very impressed ... This is a challenge they didn't anticipate and they're just getting on with it."

Coates said the IOC was facing its biggest challenge since 1980, when the United States led a boycott of the Moscow Olympics over the Soviet invasion of Afghanistan.

While not wanting to underplay the problems, he thought his close ally Bach's commitment to overhauling the status quo would make it easier for the Olympic movement to ride out the crisis.

"In terms of the challenges I think we're in better position because when Bach came in, his mantra was 'change or be changed'," he said.

Athletes asked to bring own water, Aarogya Setu app must for entry as Noida stadium reopens

The Noida Stadium has reopened for athletes and the public with curtailed timings on Wednesday after staying closed for more than four months due to the COVID-19 outbreak, officials said.

A slew of guidelines have been issued which include mandatory installation of the Aarogya Setu app on mobile phones of visitors seeking entry into the stadium, among others.

Located in Sector 21 of the city, the stadium is managed by the Noida Authority, which had ordered its closure on March 15 in view of the COVID-19 outbreak.

“The stadium shall open from 5 am to 9 am and 4 pm to 8 pm. Aarogya Setu app must be installed in the phones of the visitors, stadium members and athletes,” stated the guidelines issued by the Noida Authority.

“All visitors, members and athletes must ensure that social distancing norms are followed at all times and that they all have face masks or covers,” it stated.

The guidelines stated that athletes must bring their own sporting equipment for games like cricket, badminton, squash, tennis, golf and also carry items like sanitiser and drinking water to the stadium.

However, the guidelines did not mention entry rules for any visitor without a smartphone or a phone.

Aarogya Setu is a mobile application developed by the central government to connect essential health services with the people over the fight against COVID-19.

The app is aimed at augmenting the initiatives of the Centre, particularly the Department of Health, in proactively reaching out to and informing the users of the app regarding risks, best practices and relevant advisories pertaining to the containment of COVID-19.

Russia's suspended athletics federation (RusAF) has asked World Athletics to postpone a decision on potential fresh sanctions or even expulsion.

RusAF's troubles have snowballed in recent months, with some of its officials and senior coaches embroiled in doping scandals.

The federation has been suspended for nearly five years over mass doping, and missed a July 1 deadline to pay millions of dollars to World Athletics as a fine for breaching anti-doping rules.

The missed deadline prompted World Athletics to halt the process by which Russian athletes competing in a doping-free environment can be cleared to compete internationally as neutrals.

World Athletics also said the taskforce overseeing the federation's reinstatement efforts was standing down until a meeting of its Council on July 29-30.

In a letter seen by Reuters, RusAF appealed to World Athletics not to rule on its fate at the Council meeting this week.

"Taking into account the work we have already done and our good faith intentions to continue this work, we very much hope that the Council will be able to consider the possibility of postponing the decision on the RusAF case to a later date and continue our cooperation on resolving this matter," said the letter, which was dated July 28 and signed by Alexey Plotnikov, the federation's first vice president.

The federation said financial woes prevented it from making the payment. It said it did not have sufficient funds to cover the fine and expenses totalling $6.31 million and that there had been no incoming payments to its accounts since December last year.

It added that it was still searching for external financing, something it said "is not an easy process in the current circumstances."