Indian ace Saina Nehwal grinded her way to first final of the season with a combative win over China's He Bingjiao at the $ 350,000 Indonesia Masters badminton tournament, in Jakarta, on Saturday.

In their first ever meeting in international circuit, Saina showed better court coverage and unleashed some telling smashes to trouble the 21-year-old left-hander.

Saina lagged 0-2 initially but clawed back to 5-5 with a couple of smashes.

Another powerful straight smash left the Chinese stranded as the Indian led 8-6. She then went into the break with a 11-7 advantage.

The Hyderabadi continued the good run after the breather to lead 16-11 but netted twice to allow Bingjiao narrow down the equation to 15-16.

A brilliant cross court smash and a superb drop helped the Chinese keep the deficit to a point till 17-18.

Bingjiao then won a video referral on a line call to make it 18-18. She then unleashed a smash to grab a crucial 19-18advantage, before holding two game points. The Chinese sealed it when Saina went wide.

In the second game, Saina pulled away doubling the lead at 6-3 after an initial duel.

Easy mistakes started creeping in Bingjiao's game as she found the net often, sent the shuttle long and wide to allow Saina enter the break with a huge 11-3 lead.

After the interval, Bingjiao took four straight points before Saina engaged her rival in rallies to make it 14-7.

A beautiful-looking cross court net return helped the Indian swell the lead to 17-9. She then produced two roaring cross court smashes to inch closer to the game point, which she grabbed once the Chinese went wide.

Saina eventually took the match to the decider with a cross court slice.

In the final game, Saina continued to go strong, taking a 6-3 lead early on and then extended it to 9-5. The Indian unleashed a straight smash to leave Bingjiao on the ground.

The Chinese, however, drew parity at 10-10 with a powerful smash which Saina could only sent to the net. Another rally ensued which ended with another shot going to net as Bingjiao led 11-10 at the break.

After the breather, Saina caught up with the Chinese at 13-13 after prevailing in a rally. The Indian tried to put the shuttle in difficult positions and kept it in play.

She earned the lead at 17-16 with yet another smash to let out a scream. Bingjiao went to net again and hit wide next as Saina celebrated with fist pumps.

The Indian grabbed two match points after punishing her rival for a mistake and sealed it with yet another precise return.

Saina had won a gold medal at the 2018 Commonwealth Games, a bronze at the Asian Games, besides reaching finals at the Denmark, Indonesia Masters and Syed Modi International last year.

Viswanathan Anand slipped to joint fourth spot after a draw with Poland's Jan Krzysztof Duda, while Vidit Gujrathi improved his chances by defeating third seed Shakhriyar Mamedyarov of Azerbaijan in the 11th round of Tata Steel masters, in Wijk Aan Zee, The Netherlands.

Anand did not get much with his white pieces out of a Petroff defense game and nothing eventful happened in the contest with the Polish youngster matching him move-for-move.

The pieces got exchanged at regular intervals and the players reached a level rook and knight endgame where the draw was agreed.

The draw took Anand to 6.5 points out of a possible eleven and the Indian ace will now have to beat both Ding Liren of China and Gujrathi in order to keep his chances alive.

Gujrathi, meanwhile, seems to be hitting brilliant form in the last few games. While the victory against Vladimir Kramnik of Russia in the previous round will be something that the Indian will cherish for a long time, the win over Mamedyarov will also be a bright spot in what seems like a glittering career ahead.

Playing the black side of an in-vogue Ragozin, Gujrathi got the dynamics rolling in his favour once Mamedyarov miscalculated in the middle game.

The Azeri was soon looking at the wrecked pawn structure around his king and Gujrathi gave nothing away thereafter winning a pawn and creating weaknesses around other small forces.

"I had played Maamedyarov thrice in the Tata Steel rapid and blitz tournament just some time back in India and had lost all three, I really wanted to win today and I am glad I played a good game," said a jubiliant Gujrathi in the post-game chat.

Magnus Carlsen of Norway played out an easy draw with Teimour Radjabov of Azerbaijan and Dutchman Anish Giri benefitted from a 'resignation-blunder' by Sameul Shankland of United States to join the reigning world champion in lead on 7.5 points.

While Carlsen could do little as black out of a Sicilian Sveshnikov, Shankland resigned in a theoretically drawn position, thinking he was lost.

With two leaders on 7.5 points, Ian Nepomniachtchi of Russia now occupies the sole third spot on seven points. The Russian defeated compatriot Vladimir Fedoseev in another decisive game of the day.

Anand shares the fourth spot with Ding Liren and Gujrathi, on six points, is now clear sixth in the first super tournament of the year.

If the last two games go well, Gujrathi can even be on the podium which would be a great result. 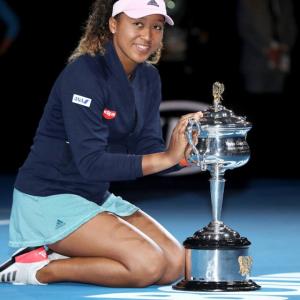 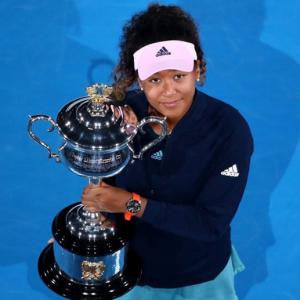