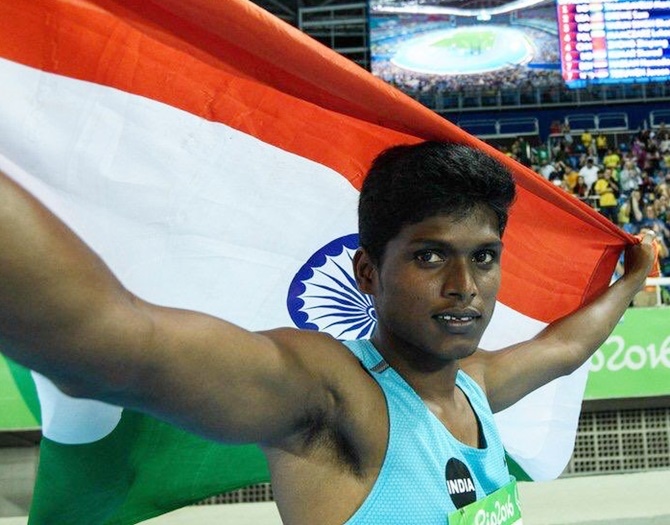 India signed off the campaign at the World Para Athletics Championship with their biggest ever haul – nine medals - finishing in the 24th position in the nine-day competition in Dubai.

Until this edition, London 2017 had been India's best ever show where the para athletes finished with five medals (one gold) in the joint 34th place.

China topped the medals tally with 59 medals including 25 gold. Brazil (39) and Great Britain (28) followed China. USA ended fourth with 34 medals. Russia, participating in the championships for the first time since the 2016 doping ban, were sixth with 41 medals.

Asian Para Games 2018 champion javelin thrower Sandeep Chaudhary stood out among the Indian performers by setting a new world record (F44) on the way to clinching the gold with a personal best 65.80m in men's javelin F64 category.

In the same event, India had a one-two podium finish with Sumit Antil taking the silver (62.88m) and a world record in his own category (F64).

"The players have lived up to our expectations. Besides the nine medals, the players also produced several personal and season's best performances. There were also a few podium misses.

"I hope all the players can produce even better show at Tokyo 2020. I thank all of those who supported and contributed to the Paralympic Movement in India reach such a height."

The suspension on the PCI, he said, is unfortunate but that hasn't affected the morale of the athletes and "they have proved that we are on the right track".

"We hope that the suspension on PCI is lifted as per the best interests of Indian parasport and its athletes."

"It's critical time for para-athletes in view of the Tokyo 2020 Games. Although we are very happy to have the Ministry of Sports and Youth Affairs' and Sports Authority of India's support for the Paralympic Movement."

Singh was also hopeful that things will only get better from here on for PCI and Paralympic Movement in India, adding that NPC India is hopeful it can bid for major championships like World and Asian Championships, and the Asian Youth Para Games in future.

Seven Indian boxers -- two men and five women -- advanced to the finals of the Asian Youth Championships in Ulaanbaatar, Mongolia.

Soy defeated Japan's Kyusuke Takami, while Narwal got the better of Thakhui Nopphart of Thailand.

Indian challenge in the singles competition ended after sixth seed Ramkumar Ramanathan went down to second seed James Duckworth of Australia in the semifinals of the KPIT MSLTA Challenger event here on Saturday.

Duckworth, who is making a comeback after four operations, will meet fifth seed Jay Clarke of Britain in the final. It will be an all Indian affair in the doubles final after local boy Arjun Kadhe made it to his maiden final pairing Saketh Myneni. They will meet the top seeds, Ramanathan and Purav Raja.

In the singles semifinals, Duckworth defeated Ramanathan 7-6 (8), 6-2 in an 1 hour 35 minute encounter. In the other semifinal, 21-year-old from Derby in England, Jay Clarke, ousted Roberto Ortega of Spain 6-3, 6-2 in an hour hour and 17 minutes to enter his second Challenger final of the year.

Indian Davis Cupper Ramanathan broke in the first game but Duckworth broke back in the sixth to level scores at 3-3 . Both held serves in a close match to force a tie break. The Indian had a set point at 6-5 in the tiebreak but but missed a low volley. He another low volley to go down a match point at 7-8 but Duckworth served a double fault to make it 8-8.

An unforced error on the backhand saw Ramanathan go down another set point at 8-9 before a superb forehand cross court saw Duckworth seal the tiebreak.

Sarita was in the running for the position as the sole candidate from the region. The commission features one male and a female boxer from each of the five regional confederations (Asia, Oceania, Europe, Americas, and Europe).

"...it is my great pleasure to inform you that you were uncontestably elected as AIBA Athlete Commission member," AIBA interim President Mohamed Moustahsane said in a letter to Sarita.

"I am confident that with your knowledge and experience, you will be an important contributor to the activities of this commission," he added.

The 37-year-old is an eight-time Asian Championships medallist – five of them gold – and is currently an athlete representative in the executive committee of the Boxing Federation of India, which nominated her for the position in the world body as well.

The athletes' commission is part of the reforms that the International Olympic Committee (IOC) has recommended for AIBA, which has been stripped of the right to conduct the sport in the 2020 Olympic Games due to alleged financial and administrative mismanagement.

The AIBA athletes commission members would be mandated to be a bridge between the world body and the boxers for greater transparency and coordination in the formulation of rules and projects for the sport.

The commission members will also be expected to liaison with the IOC to ensure that boxers are represented in its athletes' commission. 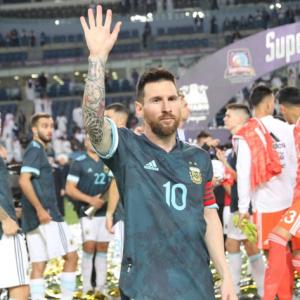 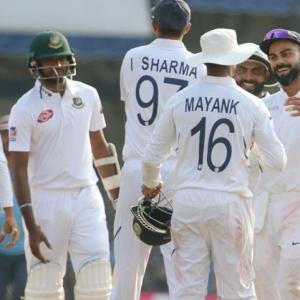