The 32-year-old clipped two-hundredths of a second off American Evelyn Ashford’s Games record of 22.45s, set at San Juan, Puerto Rico, in 1979.

Fraser-Pryce, who won Olympic titles in 2008 and 2012, beat Brazil’s Vitoria Cristina Rose by almost two-tenths of a second, with Bahamian Tynia Gaither coming third in 22.76s.

South American record holder Alex Quinonez of Ecuador won the men’s 200 in 20.27 for an easy victory over Jereem Richards of Trinidad & Tobago (20.38) and Yancarlos Martinez of the Dominican Republic (20.44).

The United States, which has found golds scarce in athletics, won two on the sport’s penultimate day at the Games.

Just one positive test so far at Pan Am Games

There has been one positive test at this year's Pan Am Games out of 1,197 anti-doping controls, officials said on Friday with three days of competition remaining.

The Pan American Games Sports Organisation said in a statement that the tests represented one of the largest sample sizes taken in the history of the Games, demonstrating the organisers' commitment to fair play.

The one adverse finding came from Audrey Joel Perez, a member of the Dominican Republic's men's baseball team who tested positive for the anabolic steroid Oxandrolone.

The athlete was informed of the result and his accreditation was immediately withdrawn.

In the case of adverse analytical findings of athletes competing in team sports, more than two positive cases are required to invalidate the team's result.

The Dominican Republic finished group play with a 1-2 record and did not advance to the medal round, placing fifth. Ruiz produced one of boxing's biggest upsets by beating the 29-year-old Joshua with a seventh-round stoppage at New York's Madison Square Garden on June 1.

The Briton, previously undefeated and fighting for the first time in the United States, was defending his IBF, WBA and WBO titles but was knocked down four times in the fight.

Promoter Eddie Hearn had already confirmed three days after the bout that Joshua had triggered the contracted rematch clause for what he called a 'must-win' fight for the 2012 Olympic super-heavyweight champion. 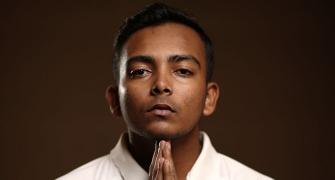 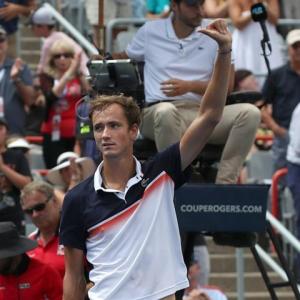