Indian racer Jehan Daruvala came within half a second of his first Formula 2 win of the season before finishing second in the Azerbaijan round's Sprint race on Saturday.

The Red Bull-backed Prema driver crossed the line just 0.380 seconds behind ART's Frederik Vesti at the end of a safety car-disrupted race.

The 23-year-old started third and, having vaulted into the lead with a masterful display of race craft at the start was on course for a dominant win around the unforgiving streets of Baku.

He had even kept the lead through the first of three safety car periods, which wiped out his 4-second advantage. But a slight lock up on cold brakes at the second safety car restart allowed Vesti to slip past just three laps from the finish.

"I would be lying if I said I wasn't disappointed but I'm still happy with the race I did. I had a great start, had everything under control and felt I deserved the win. It's a shame to miss out by such a narrow margin but we'll take the positives from this and now focus on Sunday's feature race,” said Jehan.

Saturday's second-place finish was Jehan's fifth from six rounds this season and 12th overall in Formula 2. It is also the fourth time this season that he has finished in the runner-up spot and keeps him third in the overall drivers' standings.

Jehan, a three-time Formula 2 winner, will get another shot at scoring a strong result on Sunday when he lines up for the longer Feature race ahead of the Azerbaijan Formula One Grand Prix. PTI   BS

The veteran Indian boxer's bid to compete at the Birmingham Commonwealth Games ended in a heartbreak here on Friday as she was forced to withdraw midway from the selection trials due to a knee injury.

Her treating doctor has suggested a reconstruction surgery as it's a "complete tear of ACL".

For now, the Olympic bronze medallist has been advised "ice application and knee support" and has also been prescribed medication, including pain killer.

The 39-year-old legend twisted her left knee in the first few minutes in the opening round of the 48kg semi-finals against Haryana's Nitu.

Mary Kom will thus miss the quadrennial event, where she had become the first Indian woman boxer to claim a gold medal in the last edition in 2018.

Mary Kom fell down in the very first round of the bout. She tried to keep going after receiving medical assistance but after a couple of punches, she struggled to keep balance as she clutched her left knee and looked in a lot of pain.

The Manipuri had to be carried out of the ring with Nitu being announced the winner via RSCI (Referee Stops Contest due to injury).

The London Olympics bronze medallist, whose left knee was heavily bandaged after the fall, was then taken to the hospital for scans.

The multiple-time Asian gold medallist had last competed in the Tokyo Olympics, where she had reached the pre-quarters before bowing out with a hard-fought loss.

Mary Kom, the most decorated Indian boxer, had decided to give the World Championships, that concluded last month, and the now-postponed Asian Games a miss to concentrate on the CWG, which is to be held in Birmingham next month.

India on Saturday qualified for the FIFAe Nations Cup 2022 for the first time ever.

The esports showpiece event is set to be held in Copenhagen, Denmark this year, from July 27 to July 30.

India defeated Korea Republic and Malaysia in the FIFAe Nations Series 2022 playoffs to seal their qualification.

The journey for the Indian efootball team kicked off in January last year when All India Football Federation signed the participation agreement with FIFA for the FIFAe Nations Series 2021.

India was among 60 countries to participate and was placed in the Middle East & Africa Zone. India finished third in its zone, narrowly missing out on a place in the FIFAe Nations playoffs 2021.

India ended the season with a global ranking of 22 and finished above heavyweights such as Italy, Argentina and Spain in the 2021 rankings.

For the 2022 season, India was moved to Asia/Oceania region and was awarded a spot in the Play-Ins, which would provide direct qualification to the Playoffs (the last stage before the Nations Cup).

During the play-ins, India played 32 games across four match weeks and got 12 wins, 11 losses and nine draws.

With this, India successfully qualified to the Playoffs by finishing second in the Consistency Points chart, moving one step closer to the FIFAe Nations Cup 2022. During this period, India also achieved its highest global ranking of 19.

Going into the Playoffs, the goal for India was simple -- win two matches and seal the spot at the showpiece event and that is exactly what they have done.

Having returned to competition last year after serving a doping ban of four years, Manpreet Kaur smashed her own national record to steal the limelight on the second day of National Inter-State Senior Athletics Championships in Chennai on Saturday.

Star sprinter Hima Das and her Assam team-mate Amlan Borgohain won the women's and men's 100m dash gold respectively by the thinnest of margins as they became the fastest woman and man of the championships.

The 31-year-old Kaur, who was handed a four-year ban from July 2017 after testing positive on four occasions that year, hurled the iron ball to a distance of 18.06m in her fourth attempt. She became the first Indian woman to cross 18m in shot put.

Kaur's earlier national record was 17.96m set in 2015. She has breached the Athletics Federation of India's qualifying standard of 17.76m for the upcoming Commonwealth Games.

Kaur had recorded a massive 18.86m performance in 2017 but that was erased from the record books after the dope flunk. The gold she won in the 2017 Asian Championships was also stripped off.

She had returned to action in September last year with a third-place finish in the National Open Championships.

Kiran Baliyan of Uttar Pradesh was a distant second with 16.85m while Maharashtra's Abha Khatuawas third with 16.69m.

Veteran Srabani Nanda, also of Odisha, was third with a time of 11.53s. Dutee's national record stands at 11.17s. The qualifying standard set by Athletics Federation of India for the Commonwealth Games is 11.31s.

"This is my best moment. It's special because I have been inspired by the likes of my senior Dutee and I was able to do well against her," she said.

Rookie Haryana quartermiler Kiran Pahal, who has run the second fastest time (51.84s)of the season at the state championships last month, took the women's gold with a time of 52.47 while another up and coming athlete, Rupal Choudhary of Uttar, won the silver in 52.72. R Vithya Ramraj of Tamil Nadu took the bronze in 53.78s.

One of the gold medal favourites, Priya Mohan did not start as she was not well.

The qualifying standard for the World Championships, to be held in Eugene, USA from July 15 to 24, is 51.35.

M Sreeshankar expectedly won the gold in men's long jump with an effort of 8.23m while Muhammed Anees Yahiya (8.15m) and R Swaminathan of Tamil Nadu (7.89m) were second and third respectively.

Sreesankar's national record stands at 8.36m. He has already qualified for the World Championships and breached the AFI standard for the CWG.

Delhi girl Anahat Singh has sealed her spot in the World Junior Squash Championship in August after topping the selection trials in Chennai.

The world event will be played in Nancy, France.

Anahat beat Aishwariya Khubchandani of Maharashtra 3-0 in the finals of the selection trials held at the Indian Squash Academy in Chennai earlier this week.

The top ranked player in the U15 category in India and Asia, Anahat had won the US Junior Squash Open in December last year.

She has also won multiple international medals for India including the gold at British Junior Squash Open 2019, followed by a silver in 2020.

The two-time national champion is now preparing to play the Asian Junior Squash Championship at Pattaya from June 15-19. 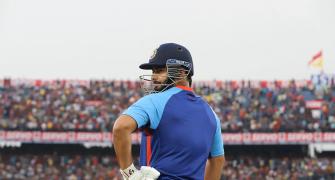 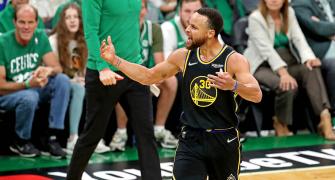 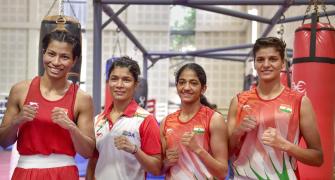 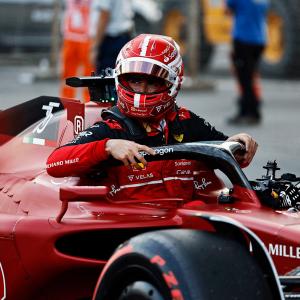