'The plan was to start after the Olympics but then it got postponed.' IMAGE: With shooting currently suspended due to COVID-19, Abhishek Verma will soon be doing legal practice, where he wants to deal with cases related to cyber crime. Photograph: Abhishek Verma/Instagram

The lawyer who picked up the pistol and won plenty of medals in shooting will go back to the court room, ill at ease with the utter lack of activity in the sporting arena due to the COVID-19 pandemic.

And Abhishek Verma is fairly confident of striking a balance between shooting and legal practice.

The multi-faceted Verma, who also holds a BTech in computer science, wants to deal with cases related to cyber crime.

A double gold medallist at World Cup and one who was able to keep up the pace with his compatriot Saurabh Chaudhary's meteoric rise, Verma had been contemplating this move for sometime.

The lack of activity in sports due to the health crisis means he will soon be doing legal practice alongside his current "top priority" shooting.

"The plan was to start after the Olympics but then it got postponed (due to COVID). Still, this year I have plans of joining practice since Olympics is also a year away," Verma said.

"Since I have also studied computer science, I think I can get into cyber crime and also criminal cases."

The pistol ace, becoming one in a span of only six years, is the son of a judge in the Punjab and Haryana High Court, and always saw gun-totting bodyguards around his father.

Confined to his residence in Chandigarh because of the pandemic, the 30-year-old has set up a mini gymnasium at his home to ensure he continues his workout and his body remains in shape for the future challenges.

"I have stepped out twice - once for fixing my spectacle and another time to get my gym equipments. I am working out at home nowadays," he said.

Besides physical activity, Verma, who had enrolled himself at the Eklavya Shooting Academy in Gurgaon in 2017, is also spending a lot of time doing yoga and meditation.

He has had a great 2019. At the Beijing World Cup in April, Verma got the better of 2008 Olympic champion Pang Wei and former world record holder in 10m air pistol event, Oleh Omelchuck, to win gold and secure the country its fifth Olympic quota in the sport.

He then went on to grab his second gold medal at the Rio de Janeiro World Cup in August, ahead of Chaudhary, who settled for the bronze. 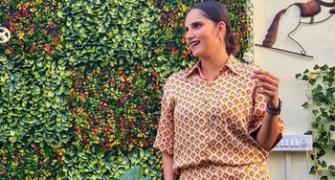 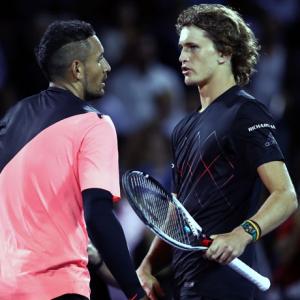