A warning in the closing few seconds cost Shiva Thapa (56kg) dearly as the promising Indian boxer settled for a silver medal after going down narrowly in the final of the 43rd men's and women's Grand Prix in Usti nad Labem, Czech Republic.

Shiva, who has been picked in the Indian team for next month's Asian Olympic Qualifiers in Kazakhstan, lost 7-10 to Vittorio Jahyn Parrinnelo of Italy after going neck and neck for most part of the bout.

The 20-year-old Assam-lad was handed a two-point penalty for bending just about 30 seconds from the close of the bout which ultimately proved decisive. 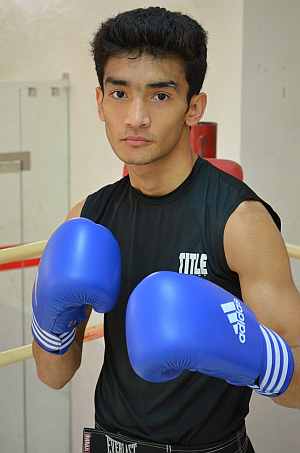 "It was 2-2 and 4-4 in the first two rounds respectively but in the final three minutes, he was warned for bending which probably cost him the bout. It was very disappointing," coach Jagdeep Hooda, who is accompanying the team, said from Usti nad Labem.

"Otherwise he fought exceptionally well. His defence was solid and he flummoxed his opponent with good foot movement as well," he added.

Earlier, Olympic-bound Vikas Krishan (69kg) had settled for a bronze medal after losing in the semifinals to Cuba's Despaigne Arisnoide 9-14. India thus completed its campaign in the event with two medals.

The rest of the contingent had failed to make any impact in the competition. The Olympic-bound duo of Jai Bhagwan (60kg) and Manoj Kumar (64kg) and Sumit Sangwan (81kg), who will represent India in the Asian Olympic qualifiers, lost in the first round itself. 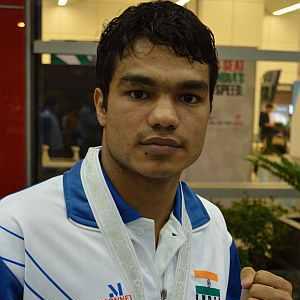