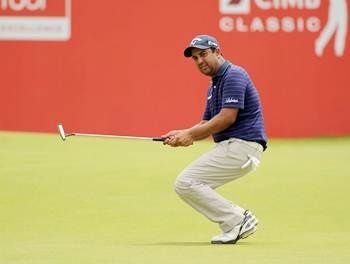 India’s Shiv Kapur battled to a two-under-par 70 for tied 13th place at the half-way stage of the US$7 million CIMB Classic on Friday, knowing that he needs to shift into high gear to emerge as a legitimate contender.

The 31-year-old, who holds one Asian Tour title under his belt, carded three birdies against a lone bogey at the Kuala Lumpur Golf and Country Club’s West course where his two-day aggregate of five-under-par 139 left him eight shots behind leader Keegan Bradley of the United States.

But with second-placed Ryan Moore lying only four shots ahead of him, Kapur is hopeful that he can enjoy a low-scoring day in the third round on Saturday to give himself a shot of challenging for the US$1.26 million top prize.

“I played steady golf.  I played just well, good golf. I could have been a little lower, but I made a few saves as well early in my round. I made a good par putt on the first and the third, so I kind of kept myself in there,” said Kapur.

“I played steady but obviously I want to improve on that, but given the conditions and given everything and playing sort of late in the day when the greens are a little bit more chewed up and a little more grainy, I think that's a decent round.  But obviously I'd like to do a couple better.”

The Indian knows finding the fairways at the challenging West course is key to a low round. He hit 10 fairways today, an improvement from his first round, but did not hit it close enough to the pins to convert the birdie chances.

The 27-year-old Bradley, winner of the 2011 PGA Championship, wielded a hot putter to sink seven birdies, including five on his homeward stretch, for a two-day total of 13-under-par 131 in the US$7 million tournament sanctioned by the Asian Tour and PGA TOUR.

Overnight leader Moore of the United States battled to an even par 72 for outright second while Thai star Kiradech Aphibarnrat, the current Asian Tour Order of Merit leader, signed for a 69 to share third place with American Chris Stroud on 136.

A superb 65 hauled Australian Marc Leishman back into contention at tied fifth place on 137 alongside Spaniard Sergio Garcia, who grinded out a 71 at the Kuala Lumpur Golf and Country Club’s West course.

Bradley needed only 26 putts for the second straight day as he put himself in prime spot to land the top prize of US$1.26 million this week.

Scores after round 2 of the 2013 CIMB Classic being played at the par 72, 6924 Yards Kuala Lumpur GCC course (a- denotes amateur): 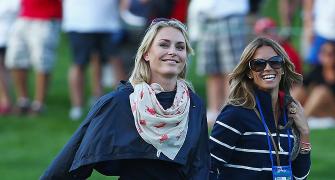 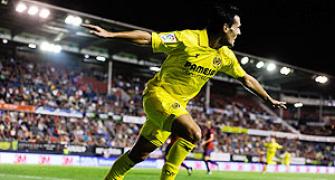 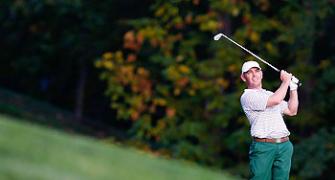 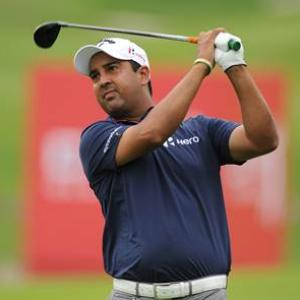 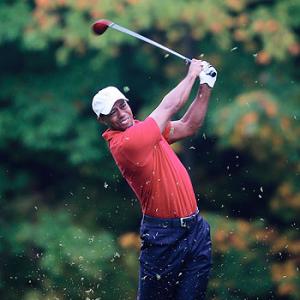 U.S. stay one point in front of Internationals