Serve-and-volley a lost art as grass loses its menace

So are the days gone when grasscourt tennis was truly a different ball game? Are the likes of Spain's Feliciano Lopez, Croatian Ivo Karlovic, Luxembourg's Gilles Muller and Germany's Mischa Zverev, the last of a dying breed of players prepared to serve-and-volley, a doomed species? 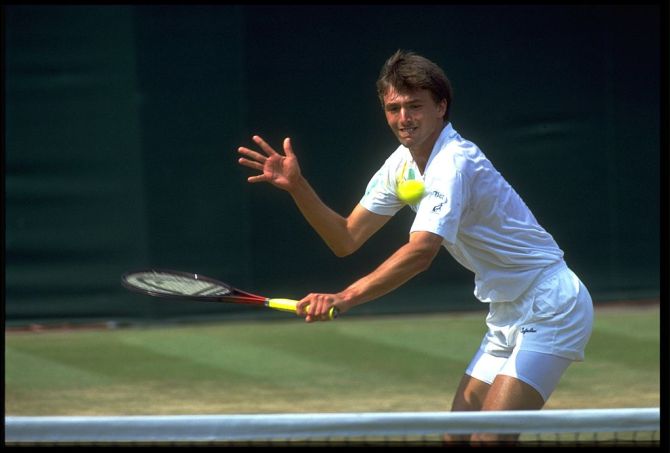 Ivan Lendl once complained that Wimbledon's super-lush lawns were fit only for grazing cows, before manfully learning how to serve and volley and reach two finals.

Chances are if he were still at his peak today he would not have needed to adapt the aggressive baseline style that earned the Czech-born American eight Grand-Slam titles.

In fact, not since Croatian Goran Ivanisevic beat Australian Pat Rafter in 2001 has there been a final featuring two players adopting the serve-and-volley style once deemed mandatory.

The perception is that the All England Club's decision to change to a new, more durable, perennial rye grass in 2000 has made those skills increasingly redundant.

The ATP's strategy analyst, Craig O'Shannessy, believes the "romantic" notion of dashing and daring at the net needs to be "thrown out of the window" -- and the statistics agree.

In 2002, ironically the year baseliner Lleyton Hewitt won the title, serve-and-volley made up 33 percent of total points in the men's draw. By 2010 it had dropped to single digits and has remained there ever since, even if the success rate remains close to the historical benchmark of 70 percent.

So are the days gone when grasscourt tennis was truly a different ball game? Are the likes of Spain's Feliciano Lopez, Croatian Ivo Karlovic, Luxembourg's Gilles Muller and Germany's Mischa Zverev, the last of a dying breed of players prepared to serve-and-volley, a doomed species?

Veteran Lopez, who occasionally threw in a serve and volley while memorably winning the Queen's Club title on Sunday, says grass is still quickest but a range of factors make net-rushing a dangerous game.

"Before, there were 20 or 30 guys playing serve-and-volley," the 35-year-old told Reuters. "But in the last 15 years the balls have changed, the courts, generally on Tour, are a little slower and guys are stronger. They hit winners from anywhere." 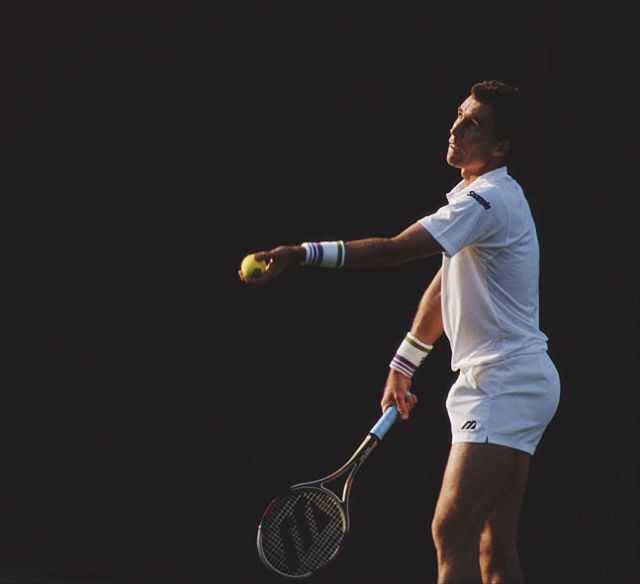 But American John Isner, one of the game's tallest players and biggest servers, does not even rate Wimbledon's lawns as the fastest surface.

"I think the Australian Open is the fastest surface, especially the outer courts," Isner, who rarely serves and volley despite his weapons, told Reuters.

"The court I played on, and lost on, was lightning fast. In my opinion the Aussie Open is fastest, depending on which court, Then I would say Wimbledon."

Isner said that grass courts still offer a "premium" for fast serving but once rallies start, the world's best baseliners -- the likes of Novak Djokovic and Andy Murray -- have the edge.

"There is a huge emphasis on serving a lot of first serves," the American said. "But the trueness of the surface means that guys can play at the back. As it wears down naturally, it basically plays like a hard court.

"Serve-and-volley has gone by the wayside and it's not necessarily the courts. Players just pass so well now."

Statistics released by IBM after last year's Wimbledon found that 71 percent of rallies were still fewer than four strokes -- but a tiny majority of them involved serve and volley.

It was an almost identical picture at the US Open and Australian Open and not much less at the French.

Wimbledon was also virtually identical to the US Open and Australian Open, about 20 percent, for rallies requiring five-to-eight strokes with the French Open marginally more.

The figures suggest the uniqueness of grass as gone.

American Sam Querrey, who blasted Novak Djokovic off the court at Wimbledon last year, said: "You don't see guys serving and volleying as much, but you're still rewarded with a big serve and aggressive play."

Querrey served 31 aces in that match but rarely followed in his delivery, preferring to build pressure.

It's a far cry from the 1980s and 1990s when serve-and-volley kings such as John McEnroe, Bjorn Borg, Boris Becker, Pat Cash and Pete Sampras ruled on a Centre Court surface that, after two weeks, resembled straw and dust. 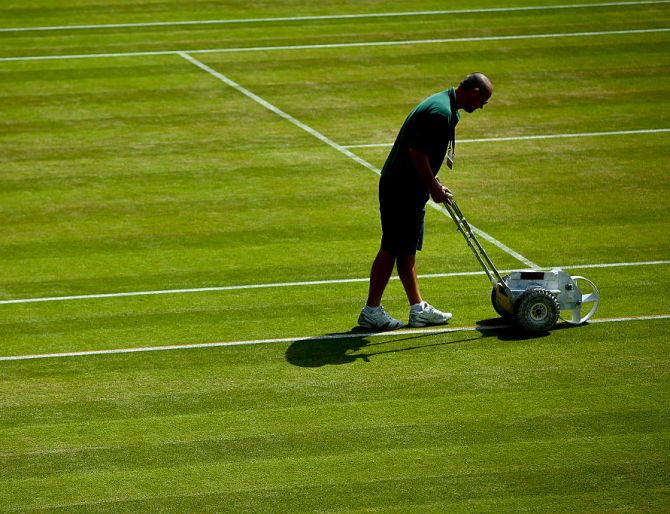 When this year's Wimbledon reaches its finale, Centre Court will be green and the only dust will be behind the baselines. Bad bounces will be almost non-existent.

Big-serving Australian Sam Groth says the quality of the modern-day grass court works against the serve-and-volleyers or those adopting the chip-and-charge routine of yesteryear.

"I would prefer if it were a bit more chopped up and a bit quicker," Groth told Reuters at the Nottingham grasscourt event.

"Look at the old footage. They used to get chewed up. It's easy to play a groundstroke when the ball bounces true. I think back to years gone by and the ball would check more than it does now. It was harder to play from the baseline."

Neil Stubley, the All England Club's head groundsman, makes no apology for spoiling his fun.

"Back in the day, you would have players actually aiming for the scuffed up areas near the T because they knew it would check and the ball would bounce oddly," he told Reuters.

"I would hate it if we got to a men's or women's final and the court was involved in winning that point."

He rejects the notion his courts have been slowed down. "I think now it's the firmer bounce," he said.

"It appears slower but what it actually is is the bounce giving players that extra tenth of a second to react."

© Copyright 2020 Reuters Limited. All rights reserved. Republication or redistribution of Reuters content, including by framing or similar means, is expressly prohibited without the prior written consent of Reuters. Reuters shall not be liable for any errors or delays in the content, or for any actions taken in reliance thereon.
Related News: Ivan Lendl, Centre Court, Croatian Ivo Karlovic, Reuters, John Isner
SHARE THIS STORYCOMMENT
Print this article 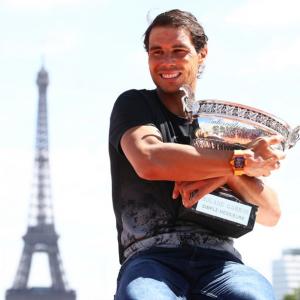 I couldn't have defeated Nadal at French Open, reckons Federer