Giampaolo Pazzini’s double helped AC Milan take third place in Serie A with a 3-0 home victory over 10-man Lazio at the San Siro on Saturday.

The striker, replacing the injured Mario Balotelli and making his first league appearance for more than a month, linked up well with Stephan El Shaarawy and Kevin-Prince Boateng who scored the other goal.

“I’m happy. I’m always ready to play and I’m happy to repay the faith that’s being shown in me,” Pazzini told Sky Sports. 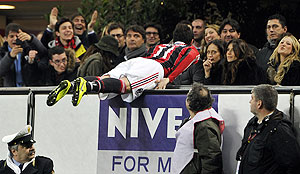 His attitude was in stark contrast to Antonio Cassano, the player he swapped clubs with in August who has been dropped by Andrea Stramaccioni for Inter Milan’s trip to Catania on Sunday following a training ground bust-up with his coach.

Massimiliano Allegri’s resurgent Milan are unbeaten in the league since the mid-season break and have 48 points from 27 games, one ahead of fourth-placed Lazio and five behind Napoli in second.

Leaders Juventus have 59 points after drawing 1-1 at Napoli on Friday.

“When they went down to 10 men we managed the game and kept the ball well.”

The home team were the better side from the start and Lazio had their backs to the wall after Antonio Candreva was sent off after 16 minutes for a clumsy challenge on El Shaarawy as the striker bore down on goal.

“Milan played well and we struggled even before the sending off,” said Lazio coach Vladimir Petkovic.

Allegri’s team could have scored twice in the first five minutes, first when El Shaarawy was denied from close range by Lazio keeper Federico Marchetti and then when Giuseppe Bavia deflected Pazzini’s goalbound shot.

Milan went ahead in the 40th minute. Good work from Ignazio Abate on the right led to the defender firing a shot at Marchetti that the keeper could only push out to the middle of the goal.

El Shaarawy looked to have committed a foul as he challenged for the ball which rolled to Pazzini who gleefully tapped home as Lazio’s players remonstrated with referee Nicola Rizzoli.

Boateng doubled the lead just before halftime when he reacted first after Marchetti patted down Pazzini’s header.

Pazzini grabbed his 12th league goal of the season on the hour, firing in a long-range shot after Stefan Radu had scuffed a simple clearance straight into his path.

Milan could have added a fourth late on when substitute M’Baye Niang finished a swift counter attack by striking the bar but they should be buoyed for their Champions League last-16 second leg against Barcelona a week on Tuesday.

“We had a horrendous first two months and then we got going.

“We have another match (at Genoa on Friday) before Barcelona and we have to think about that first.”

Inter could move level on points with Lazio if they win at in-form Catania on Sunday while sixth-placed Fiorentina take on Chievo. 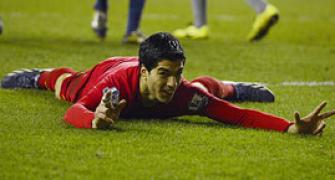 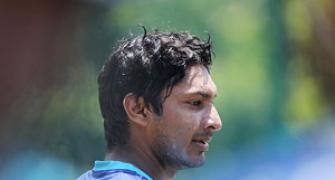 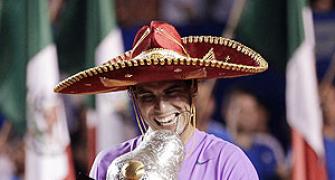 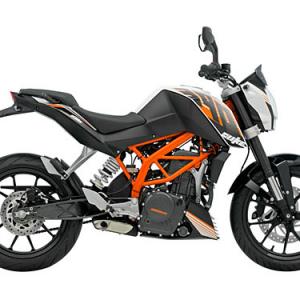 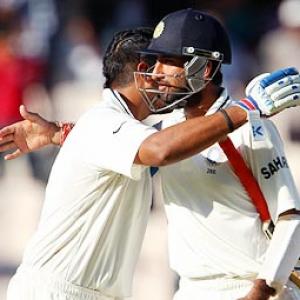 India off to slow start after Australia have Sehwag early