'We haven't put pressure on Napoli, we are the leaders so we only care about our own results' 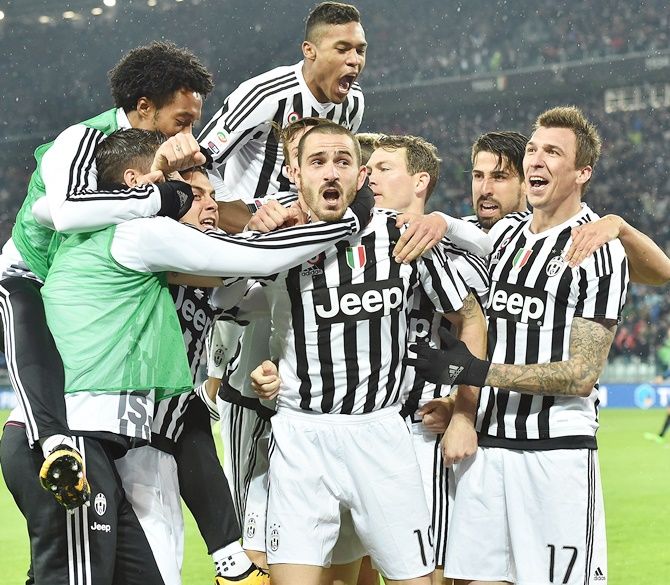 Leonardo Bonucci and Alvaro Morata were on target as Juventus defeated Inter Milan 2-0 in the 'derby of Italy' to open a four-point lead at the top of Serie A on Sunday.

Bonucci scored for the hosts from close range in the 47th minute after Inter's Danilo D'Ambrosio made a horrid mistake by heading Paulo Dybala's free kick across his own goal.

Substitute Morata added the second goal from the penalty spot after being tripped by Joao Miranda with six minutes to go.

Juve now have 61 points from 27 matches, four more than second-placed Napoli who travel to Fiorentina on Monday, and remain on course for a record fifth consecutive 'Scudetto'.

"We absolutely had to win," Bonucci told Italian television. "Two consecutive draws would have been too many, we had to win to send out a message.

"We haven't put pressure on Napoli, we are the leaders so we only care about our own results."

Roberto Mancini's inconsistent Inter are fifth on 48 points, four behind fourth-placed Fiorentina and five adrift of AS Roma who are third.

The visitors adopted a defensive approach and fell behind after Bonucci's far-post finish. Morata then made it 2-0, two minutes after coming on to the field.

"We now have one less obstacle on our road to the title," said Allegri. "The more games we win, the less we will still have to do."

The sides meet again in Milan on Wednesday in the second leg of the Italian Cup semi-final, with the league leaders holding a 3-0 advantage.

© Copyright 2021 Reuters Limited. All rights reserved. Republication or redistribution of Reuters content, including by framing or similar means, is expressly prohibited without the prior written consent of Reuters. Reuters shall not be liable for any errors or delays in the content, or for any actions taken in reliance thereon.
Related News: Napoli, Leonardo Bonucci, Inter Milan, Juventus FC, Fiorentina
COMMENT
Print this article 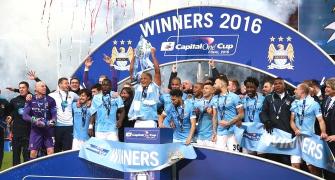 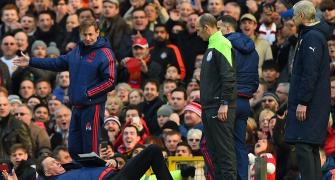 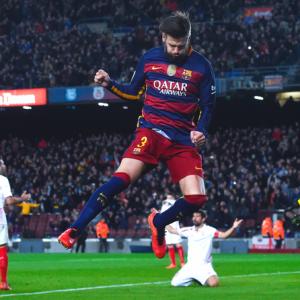 What the critics are saying about Wenger's Arsenal...