Napoli kept their hopes of a first Serie A title since 1990 alive with an epic 4-2 win over 10-man Inter Milan after a Carlos Tevez hat-trick had put leaders Juventus six points clear with a 4-0 rout of Sassuolo on Sunday. Goals from Gonzalo Higuain, Dries Mertens, Blerim Dzemaili and Jose Callejon saw Rafael Benitez beat his old club in a hugely entertaining contest and go eight points behind Juventus in third place after falling 11 behind earlier in the day.

Goran Pandev missed an added time penalty after winning the spot kick himself just after coming on as a substitute, but it made no difference to the result, and Inter stay fifth on 28 points, seven away from Champions League football.

Fiorentina took fourth spot with a comfortable 3-0 defeat of Bologna in which Giuseppe Rossi scored his 13th goal of the season.

Tevez struck for Juve with simple finishes in the 15th, 45th and 68th minutes to move Antonio Conte's side up to 43 points, six ahead of AS Roma.

The 29-year-old also set up Federico Peluso's first Juventus goal in the 28th minute, sending in a beautiful free kick that the midfielder headed home with the help of Sassuolo defender Luca Antei and was given a standard ovation when substituted shortly after netting his third.

"Clearly there is disappointment at going out of the Champions League, but this has to give us more determination and motivation, because we were eliminated and did not deserve it," Conte said.

Inter's task was made harder in the 71st minute when Ricky Alvarez was sent off following a second booking for handball, enraging Mazzari and allowing Napoli respite from the visitors' enterprising attacking play.

Napoli's win put them two points behind unbeaten Roma, who travel to struggling AC Milan on Monday (1945 GMT) looking to close the gap between themselves and Juve back to three points.

Walter Mazzari was met with a mixed reception from the San Paolo crowd on his return since leaving for Inter in the summer, with whistles as well as a supportive banner.

But Esteban Cambiasso and Yuto Nagatomo struck for an Inter side that despite losing will be happy with the grit and class shown in such a hostile environment.

Higuain gave Napoli the lead in the ninth minute with a brilliant volleyed finish when Nagatomo headed Gokhan Inler's long pass straight into the Argentine's path, only for Cambiasso to level in the 35th following a spirited reaction to going behind.

It only took three minutes for the hosts to retake the lead with a stunning long range strike from Mertens after Dzemaili held the ball up well.

They doubled their lead three minutes before the break through Dzemaili, who tapped in after reacting first when Mertens' shot was pushed away by Samir Handanovic.

Nagatomo gave Inter hope when Napoli goalkeeper Rafael pushed Fredy Guarin's scuffed shot into his path, but despite a spirited display and some enterprising attacking play Callejon removed any doubt when he tapped in Lorenzo Insigne's cross from close range with nine minutes left.

Two goals from Germany striker Miroslav Klose, on his return after more than a month out injured, helped Lazio climb to eighth place on 20 points after a 2-0 win over Livorno.

Coach Vladimir Petkovic looked to be facing the sack after six matches without a win but Lazio chairman Claudio Lotito said he could rest easier.

"I was at Formello (the team training ground) for three days and I realised that the team needed a win to get going again," he said. "I don't think that we are now in the position where we should fire the coach."

Torino moved to within six points of European football after goals from Alexander Farnerud and Ciro Immobile gave them a 2-0 win at Udinese.

Genoa failed to build on their recent good run under Gian Piero Gasperini, dropping points at home when an injury-time header from Giuseppe De Luca earned Atalanta a 1-1 draw after Andrea Bertolacci had put the hosts in front.

A goal from Eder early in the first half moved Sampdoria four points from the drop zone with a 1-0 win at relegation rivals Chievo while Parma drew 0-0 with Cagliari.

Image: Blerim Dzemaili (L) of Napoli celebrates after scoring against Inter Milan during their Serie A match at Stadio San Paolo in Naples, Italy on Sunday

© Copyright 2021 Reuters Limited. All rights reserved. Republication or redistribution of Reuters content, including by framing or similar means, is expressly prohibited without the prior written consent of Reuters. Reuters shall not be liable for any errors or delays in the content, or for any actions taken in reliance thereon.
Related News: Napoli, Blerim Dzemaili, Mertens, Inter Milan, Juve
SHARE THIS STORYCOMMENT
Print this article 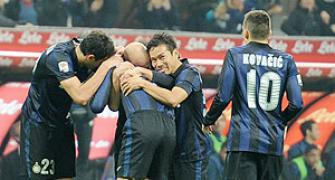 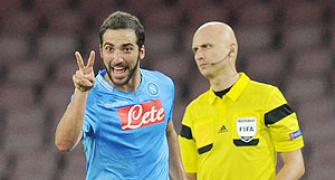 Champions League: Napoli down Marseille, move to 2nd in group 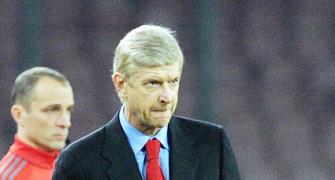 From grit to glory: These managers define true leadership