Fiorentina conceded a late goal, had David Pizarro sent off and lost their 100 percent Serie A record in a 1-1 draw at home to Cagliari on Sunday, with an injury to Mario Gomez compounding their frustration. 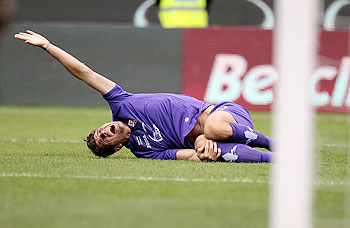 Germany forward Gomez limped off early in the second half after colliding with Cagliari goalkeeper Michael Agazzi as he shot wide of the goal from six metres.

Fiorentina, who dominated most of the match but struggled to find a way past a well-organised Cagliari defence, finally broke through in the 71st minute when Borja Valero headed in Giuseppe Rossi's cross from close range.

The Sardinians, however, had looked dangerous throughout the second half and equalised in the 89th minute when Chilean forward Mauricio Pinilla, a second-half substitute, headed in Victor Ibarbo's cross from the right.

Fiorentina had a penalty appeal turned down in stoppage time when the dangerous Rossi went down under a challenge and Pizarro, who had only been on the pitch for 20 minutes, was shown a second yellow card for dissent.

The draw left Fiorentina level with Inter Milan and Juventus on seven points from three games, two behind Napoli who have won all three games. Cagliari have four points.

Image: Mario Gomez of ACF Fiorentina lays injured during the Serie A match between ACF Fiorentina and Cagliari Calcio at Stadio Artemio Franchi in Florence, Italy, on Sunday

© Copyright 2020 Reuters Limited. All rights reserved. Republication or redistribution of Reuters content, including by framing or similar means, is expressly prohibited without the prior written consent of Reuters. Reuters shall not be liable for any errors or delays in the content, or for any actions taken in reliance thereon.
Related News: ACF Fiorentina, Mario Gomez, Cagliari Calcio, Giuseppe Rossi, David Pizarro
SHARE THIS STORYCOMMENT
Print this article 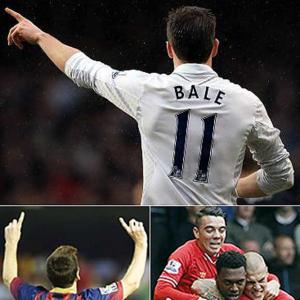 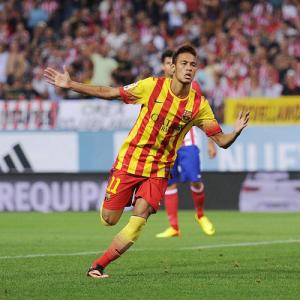 The 'value for money' deals in the European transfer market