Serie A: Cagliari game called off after club defies order

Cagliari's Serie A match at home to AS Roma was called off in bizarre circumstances on Sunday after the club defied orders from local authorities to stage the fixture behind closed doors.

Club president Massimo Cellino had slammed "bureaucratic difficulties and the collective disinterest of the authorities" in a statement on Saturday and invited fans to attend the game despite a ruling on Thursday that it should be closed to the public.

In the latest blow to Italian football's credibility, Serie A confirmed on its website (www.legaseriea.it) that the Cagliari municipal government had ordered the game to be postponed on Sunday morning following a late-night meeting.

Cagliari have moved to the Is Arenas on the outskirts of the Sardinian capital but the local authorities ruled on Thursday that the stadium was not ready to host Serie A games despite recent improvements.

The club had been forced to play their opening Serie A home match against Atalanta behind closed doors.

"Cagliari football club, represented by President Massimo Cellino, its members and everyone who works for the club, can no longer see a future due to the bureaucratic difficulties and the collective disinterest of the authorities," said the statement.

"We invite and ask all the fans and season ticket to come to the stadium and watch Cagliari-Roma in the full respect of order and civility.

"Cagliari football club and its engineers consider the structure to be adequate and secure.

"This act, absolutely peaceful, has been forced on us by the pain and frustration of defending our right to exist."

There was no mention on Cagliari's website on Sunday morning about the postponement of the match.

The municipal government said in a statement: "(Our) decision was necessary because of the urgent and serious need to prevent any form of disruption to order and public safety resulting from the emotional reaction...and the invitation made by the President of Cagliari football club."

Cagliari played at the Stade Sant'Elia from 1970 until around halfway through last season but abandoned the arena due to disagreements with the local authorities and because of growing safety worries.

They staged their remaining home games last season in Trieste, some 1,600 kms from their base and on the Italian mainland.

The Italian soccer federation (FIGC) would hold an inquiry into the incident, local media said, while Roma said they would demand a 3-0 walkover win.

Italian football has been beset by difficulties in the last few years, including match-fixing scandals which led to Juventus being stripped of the 2005 and 2006 titles.

Four teams began Serie A with points deductions this season over match-fixing while Antonio Conte, who led Juventus to the title in his first season as coach last season, was banned for 10 months for failing to report match-fixing attempts while he was with Siena in Serie B.

Only two Italian clubs, Juventus and Milan, are in the Champions League group stage this season.

© Copyright 2021 Reuters Limited. All rights reserved. Republication or redistribution of Reuters content, including by framing or similar means, is expressly prohibited without the prior written consent of Reuters. Reuters shall not be liable for any errors or delays in the content, or for any actions taken in reliance thereon.
Related News: Cagliari, Massimo Cellino, Juventus, Roma, OCagliari
COMMENT
Print this article 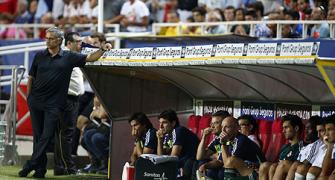 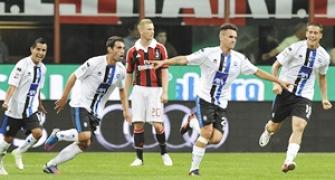 Milan booed off after shock home defeat by Atalanta 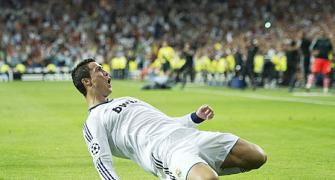 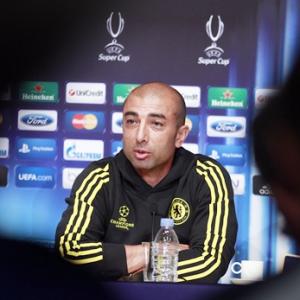 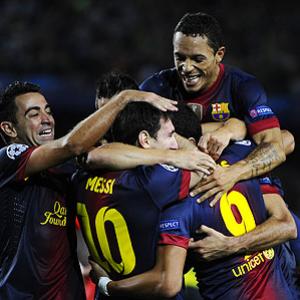