Serie A: Bizarre own goal fails to halt Juventus

A bizarre own goal briefly gave Serie A leaders Juventus the jitters, triggering memories of last week's dramatic collapse at Verona, before they recovered to beat lowly Chievo 3-1 on Sunday.

Third-placed Napoli, who have been exasperatingly inconsistent all season, also avoided any slip-ups winning 2-0 away to Sassuolo.

There was plenty of drama lower down the table as struggling nine-man Livorno won 2-1 at Cagliari, Genoa hit back from 3-1 down to draw 3-3 with Udinese and Parma thumped Atalanta 4-0 away.

Catania moved off the bottom with a shock 3-1 win at home to Lazio, with Stefano Mauri scoring his first goal for the visitors since completing a six-month ban for failing to report match-fixing in 2011.

Juventus, who have proved irresistible at home, raced to a 2-0 lead inside half an hour after Ghana midfielder Kwadwo Asamoah rifled in a curling shot from long range and Claudio Marchisio snapped up a rebound from Andrea Pirlo's free kick.

But, having infuriated coach Antonio Conte by squandering a two-goal lead in a 2-2 draw at Verona last week, Juventus then gifted Chievo a goal just after the break.

Stefan Lichtsteiner fired an attempted clearance straight at Martin Caceres and the ball ricocheted off the stunned Uruguayan and into the net. 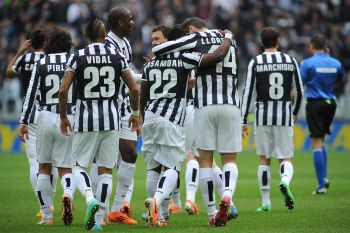 This time, however, Fernando Llorente calmed Juve's nerves when he headed in a Pirlo cross just before the hour to restore their two-goal advantage.

The Spaniard's tenth league goal of the season ensured that Juventus, who have scored at least three goals in each of their last five home games, maintained their 100 percent home league record this season.

Juventus lead with 63 points from 24 games while Roma, at home to Sampdoria in the evening match, have 51 and Rafael Benitez's Napoli 50.

Swiss midfielder Blerim Dzemaili gave Napoli a halftime lead at Sassuolo and Lorenzo Insigne made the game safe with a superb finish as he burst into the penalty area and curled his shot past Gianluca Pegolo.

Brazilian pair Emerson, with a 30-metre strike, and Paulinho, from a penalty, put Livorno 2-0 ahead in Sardinia before compatriot Nene pulled one back for Cagliari.

Livorno held on for the points despite having Federico Ceccherini sent off for a second yellow card and Marco Benassi for a tackle from behind in the last five minutes. Daniele Conti was also dismissed for the hosts in the 71st minute.

Alberto Gilardino scored twice in the final 21 minutes as Genoa salvaged a 3-3 draw at home to Udinese. 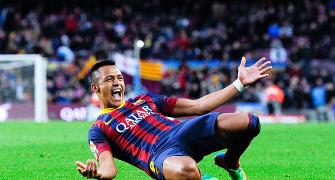 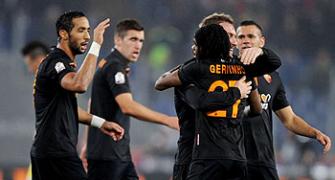 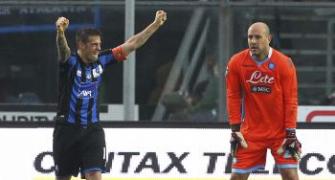 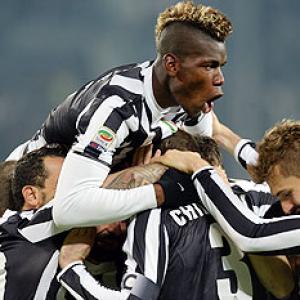 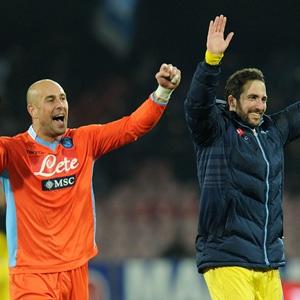