Mario Balotelli rifled in a second-half free kick to help troubled AC Milan to a 3-1 win at bottom club Catania in Serie A on Sunday, ending a chaotic week for the seven-times European champions. Kaka was also on target as Milan, who started the weekend a dismal 13th in the table, came from behind to end a five-match winless league run.

Catania stunned the visitors when Lucas Castro scored with a shot which deflected off Daniel Bonera's back in the 13th minute but Riccardo Montolivo levelled six minutes later for the injury-plagued visitors.

Balotelli missed a free header on the hour but atoned three minutes later when he blasted a low free kick through the Catania wall to put Milan ahead.

Kaka made the game safe when he broke down the right and lashed a right-foot shot into the roof of the net with nine minutes left.

Catania had Panagiotis Tachtsidis sent off for a wild lunge at Balotelli who shortly afterwards was also involved in a furious row with Nicolas Spolli, angrily pointing his finger at the Argentine before being restrained by his team mates.

Neither player was booked and Balotelli was substituted shortly afterwards.

Milan endured a troubled week off the field with chief executive Adriano Galliani announcing angrily on Friday that he was resigning after nearly 28 years at the club.

On Saturday, he changed his mind and agreed to stay on, sharing his role with club president Silvio Berlusconi's daughter Barbara.

Image: Nicolas Spolli (right) of Catania challenges Mario Balotelli of Milan during their Serie A match at Stadio Angelo Massimino in Catania on Sunday 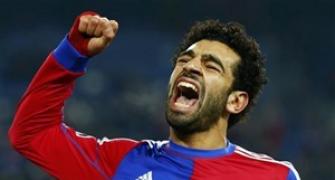 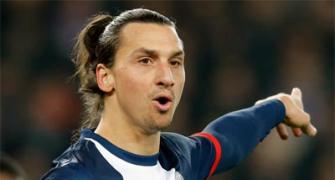 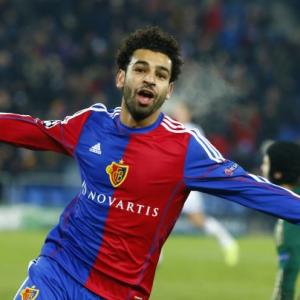