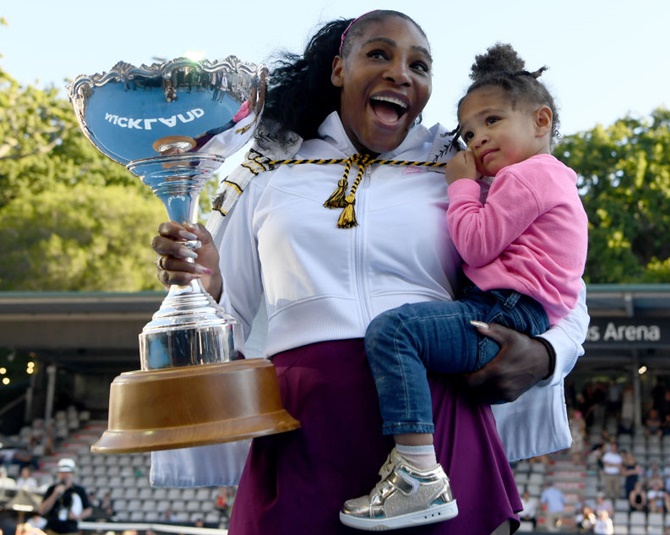 Serena Williams won her first title since the 2017 Australian Open with a 6-3, 6-4 victory over Jessica Pegula at the Auckland Classic on Sunday but was unable to complete the perfect week in New Zealand when she lost the doubles final.

The 38-year-old Williams, who said she would donate all her prize money to Australian bushfire relief funds, and good friend Caroline Wozniacki were beaten by American duo Asia Muhammad and Taylor Townsend 6-4, 6-4.

The result meant that Wozniacki was unable to complete her own fairytale farewell to a tournament with which she has become synonymous, having played in New Zealand’s largest city every year since 2015.

The 29-year-old Dane, who was beaten by Pegula in the singles semi-finals, is retiring after the Australian Open, which runs from Jan 20 to Feb. 2.

“I have loved coming back here,” Wozniacki said after tournament organisers made a special presentation before the doubles trophy was given to Muhammad and Townsend.

“Serena, thank you playing doubles with me, it has been so much fun and the only regrets I have is that we didn’t do this sooner."

“I have had such a blast and it is rare that I have this much fun on court and it was a really fun way to finish off in Auckland.”

Williams’ singles victory, however, gave the American her 73rd WTA title and broke a near three-year drought, despite having appeared in five finals since she clinched her 23rd Grand Slam crown with a win at the Australian Open in 2017.

She is chasing Australian Margaret Court’s record 24 Grand Slam singles titles, but has lost two Wimbledon and two US Open finals since her 6-4, 6-4 victory over elder sister Venus in Melbourne.

“It feels good, it has been a long time,” Williams said. “I played an incredible opponent in Jessica and honestly it was a great match.”

Williams had struggled for consistency earlier in the week, but sent an ominous message to the Australian Open field when she demolished promising teenager Amanda Anisimova 6-1, 6-1 in their semi-final and then beat an impressive Pegula on Sunday.

“I was definitely improving as the week went on and I needed to because I had some tough matches,” Williams said.

“I feel fortunate and blessed to be out here and to be healthy and to play. I have been playing for so long and been through so much and I’m happy to be doing something I love.” 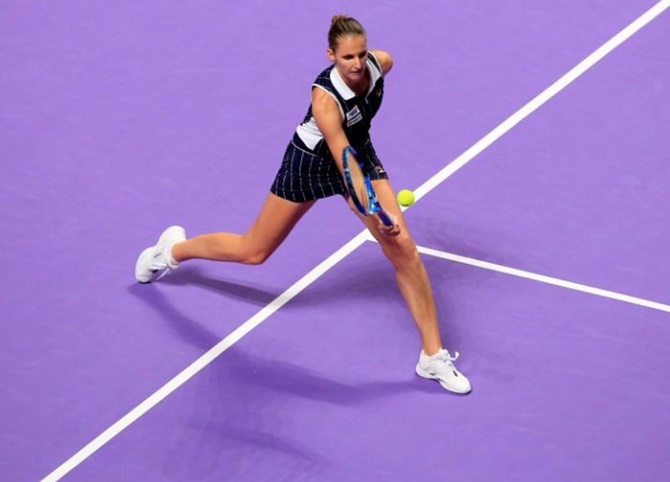 Defending champion Karolina Pliskova prevailed in a three-set tug-of-war with Madison Keys to become the first three-time winner at the Brisbane International on Sunday.

A day after clinching a nearly three-hour semi-finals duel with Naomi Osaka, the world number two overcame a mid-match blip to triumph 6-4, 4-6, 7-5 in the final at the Pat Rafter Arena.

Pliskova rode her big first serve to save two break points in the first set and converted on her first opportunity to surge ahead.

A set and break down, Keys broke back to level it 3-3 and went on to win the set and force a decider, in which the first six games stayed on serve before Pliskova broke the American in the seventh.

Keys refused to throw in the towel, however, and foiled the Czech’s first attempt to serve out the match at 5-4.

Pliskova could not be denied though.

The 2017 and 2019 winner broke again for 6-5 and then served it out to clinch victory in her first meeting with the eighth seeded American in a little over two hours.

“I think what’s more special than winning is that I finally defend,” Pliskova said after her first successful title defence.

“That’s always harder. But, yeah, it took me a couple of years to do it, but pleased with that.”

Pliskova, who has had considerable success indoors, made no secrets of her fondness for the Pat Rafter Arena.

“It feels more like an indoor court,” said the 21-year-old, whose 42 aces in the tournament will translate into $8,400 towards bushfire relief in Australia.

“The conditions are perfect for me indoors - no wind, no sun... so I can hit with full power.”

Keys said she was surprised by Pliskova’s anticipation.

“Even if you’d say movement isn’t her strength, she covers the court really well which makes you start to go for a little more,” she said.