SEE: Hamilton and other F1 drivers take a knee in Austria The sport’s only Black driver, an outspoken campaigner against racial injustice and for greater diversity, wore a black T-shirt with ‘Black Lives Matter’ on the front and ‘End Racism’ on the back.

Hamilton appeared to be the only driver with ‘Black Lives Matter’ on the front of his shirt as they gathered before the anthem at the Red Bull Ring. The others wore ones with the message ‘End Racism’.

The knee protest was popularised by San Francisco 49ers quarterback Colin Kaepernick in 2016 and has gained steam following the death of George Floyd, a Black man who died in police custody in Minneapolis in May.

Both had already explained their positions on social media.

“I believe that what matters are facts and behaviours in our daily life rather than formal gestures that could be seen as controversial in some countries,” Leclerc said on Twitter.

“I will not take the knee but this does not mean at all that I am less committed than others in the fight against racism.”

Verstappen, winner in Austria for the past two years and on the front row of the grid, said he was also committed to equality and the fight against racism.

“But I believe everyone has the right to express themself at a time and in a way that suits them. I will not take the knee today but respect and support the personal choices every driver makes,” said the Dutch 22-year-old.

Formula One posted a clip of the drivers on Twitter with the words: “End Racism. One cause. One commitment. As individuals, we choose our own way to support the cause. As a group of drivers and a wider F1 family, we are united in its goal.”

© Copyright 2021 Reuters Limited. All rights reserved. Republication or redistribution of Reuters content, including by framing or similar means, is expressly prohibited without the prior written consent of Reuters. Reuters shall not be liable for any errors or delays in the content, or for any actions taken in reliance thereon.
Related News: Lewis Hamilton, Max Verstappen, Charles Leclerc, Black Lives Matter, Colin Kaepernick
COMMENT
Print this article 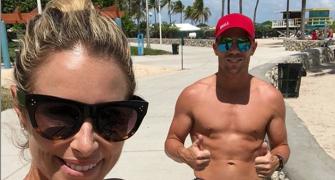 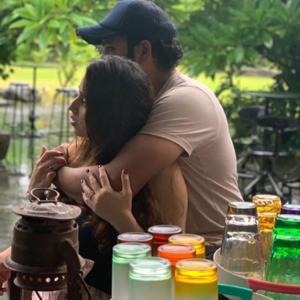