Scholes ruled out of Man United's trip to Chelsea

Manchester United midfielder Paul Scholes will miss the Premier League leaders' trip to champions Chelsea on Sunday with a groin injury that will keep him out until the New Year, the club said on Friday.

Manager Alex Ferguson also looks likely to be without defender John O'Shea who has a calf strain.

"Sir Alex confirmed the midfielder (Scholes) is still struggling to shake off a niggling groin injury," the club said on its website about the player who has already been out of action for around three weeks with the problem.

United have not won in the league at Stamford Bridge since 2002 but are full of confidence after knocking Arsenal off the top of the table by beating the Londoners 1-0 this week.

"It's a big one for us," Ferguson said. "Our record down there has been poor over the last eight years. We've managed a few draws, but we've lost a few too.

"They're a tough team to beat on their own ground, their home record tells you that. But I'm going into the game with a strong, confident squad. You want to go there in good form and we are in good form," he added.

© Copyright 2022 Reuters Limited. All rights reserved. Republication or redistribution of Reuters content, including by framing or similar means, is expressly prohibited without the prior written consent of Reuters. Reuters shall not be liable for any errors or delays in the content, or for any actions taken in reliance thereon.
Related News: Chelsea, Alex Ferguson, Paul Scholes, Man United, John O'Shea
COMMENT
Print this article 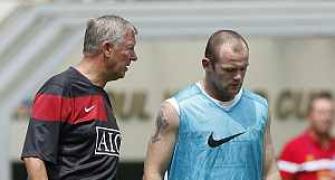 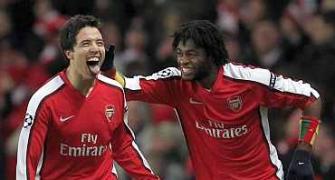 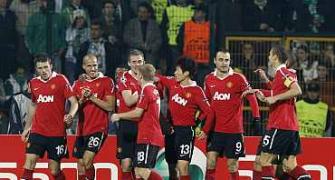 CL: Man United one clean sheet away from record EPL: Man U knock Arsenal off top as Park strikes