Francesca Schiavone set up a repeat of last year's French Open final against Samantha Stosur in the Italian Open quarter-finals as top seed Caroline Wozniacki also advanced to the last eight on Thursday.

There were also third-round victories for Australian Stosur -- a 6-3, 6-4 winner against Slovenian Polona Hercog -- Maria Sharapova, Li Na, Greta Arn and Jelena Jankovic on another hot day in the Italian capital.

Schiavone, looking to hone her rhythm on clay before the defence of her Roland Garros title starts in just over a week, had to fight for victory.

"Winning a battle gives you a lot of satisfaction. I'm happy because I didn't play that well, but sometimes in tennis it's better winning that way," Schiavone told reporters.

"Tomorrow is another day and I hope to play better," she added.

Hantuchova silenced the Foro Italico crowd early on, racing into a 4-0 lead before taking the first set with a combination of down-the-line backhands and well-disguised dropshots. 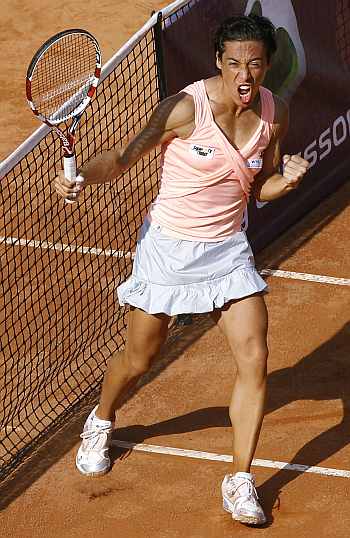 But the Italian rarely gives up and came screaming back into the match, breaking in the third and seventh games of the second set to level.

She broke the Slovak's serve again to go 2-1 up in the decider but Hantuchova rallied against the odds, rediscovering her timing and pressing Schiavone into a trio of loose backhands to break back at 3-3.

With the scores at 5-5 and 30-30 on Hantuchova's serve, the Italian got the benefit of a third straight line call and with AS Roma soccer striker Francesco Totti in the crowd, Schiavone latched onto a telegraphed dropshot to make the decisive break.

With the Roman gods seemingly against her, the demoralised Slovak lofted another poorly disguised dropshot on matchpoint and Schiavone lashed down the line, prompting fist pumping and a booming rendition of YMCA over the loudspeaker.

"The fans are with you, they applaud and want you to win. It's certainly not a burden for me. The boos and applause form part of the game," she added.

World number one Wozniacki breezed through the first set 6-1 and was 3-1 up in the second before Wickmayer began to find her timing on the slower night-time clay to take the second set to a tiebreak.

But the 20-year-old Wozniacki showed growing maturity to seize her opportunity with a top-spinning backhand followed by an ace to open up a 6-2 gap as she eased into the final eight.

© Copyright 2020 Reuters Limited. All rights reserved. Republication or redistribution of Reuters content, including by framing or similar means, is expressly prohibited without the prior written consent of Reuters. Reuters shall not be liable for any errors or delays in the content, or for any actions taken in reliance thereon.
Related News: Francesca Schiavone, Caroline Wozniacki, Daniela Hantuchova, Maria Sharapova, Jelena Jankovic
SHARE THIS STORYCOMMENT
Print this article 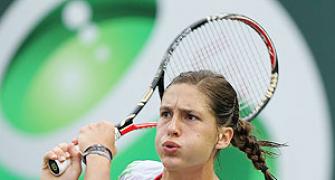 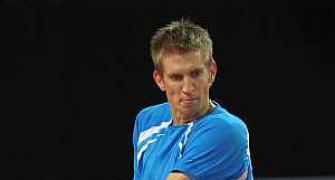 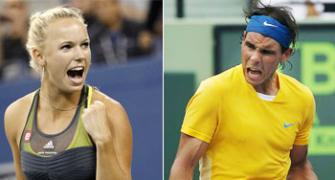