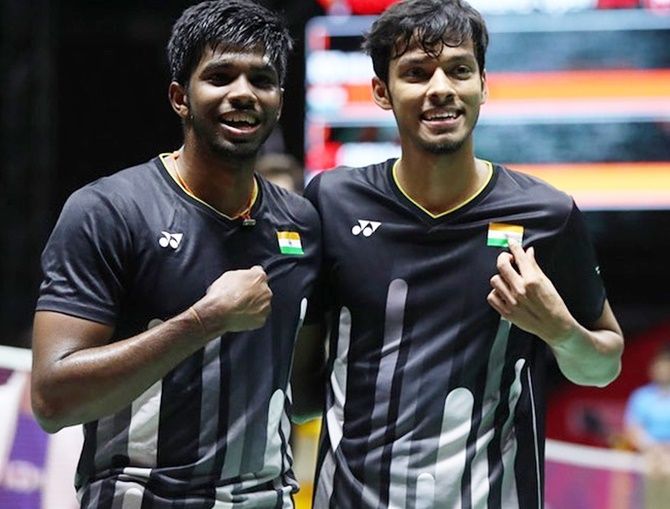 Set to be conferred with the Arjuna Award, Indian men's doubles player Chirag Shetty, on Friday, termed it a 'silver lining' amid the COVID-19 pandemic, while his partner Satwiksairaj Rankireddy said the recognition will fuel their Olympic dreams.

Front-runners to qualify for the Tokyo Olympics, Chirag and Satwik were, on Friday, confirmed for the award by the sports ministry after being recommended by the selection committee, headed by Justice (Retd.) Mukundakam Sharma.

For the first time, six people will be conferred with the national award in badminton. Besides Chirag and Satwik, coach Gaurav Khanna, who has been the reason behind the meteoric rise of Indian para-badminton, has been chosen for the Dronacharya Award (regular category).

Also Pradeep Gandhe, Trupti Murgunde and Satyaprakash Tiwari will be given the Dhyan Chand Award.

"I see it as a silver lining in these tough times. It'll definitely motivate us to win big and work harder to bring back more laurels for the country. Also I think it couldn't have come at a better time," Chirag said.

The 23-year-old from Mumbai and Satwik had a successful 2019, when the duo won a maiden Super 500 title at Thailand Open and then reached the finals of the French Open Super 750 event. Their consistent show was rewarded with a world No. 10 spot.

The reticent Satwik said it will motivate them to win an Olympic medal next year.

"The feeling is sinking in now. It is a proud moment for me. It is extra special as it is my first award.

"We were losing motivation after everything was shut due to the pandemic, but this award has provided a big motivation to work towards our goal of earning a medal at Olympics," the 20-year-old said from Amalapuram in Andhra.

Satwik said he was pleasantly surprised when he heard the good news.

"I was at the terrace of my house when I got a call from a journalist on Tuesday. He congratulated me but I had no clue as to why.

"So, I asked him, for what? He said for the award. I asked again, for what? It was then that I realised I have been recommended. I was shocked and surprised at the same time," Satwik said.

Among other recepients, Gandhe, a double-bronze medallist in the 1982 Asian Games, was recognised for his contribution as a player, coach and BAI official, while Trupti, a former national champion, is South Asian Games gold medallists in 2004 and 2006 and Tiwari, a winner of multiple medals at international para events, is a wheelchair badminton player.

The awards will be held virtually on August 29, the National Sports Day, instead of the Rashtrapati Bhavan this year due to the pandemic. 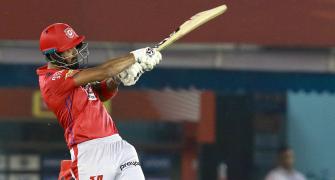 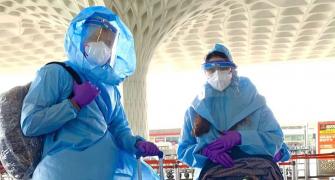 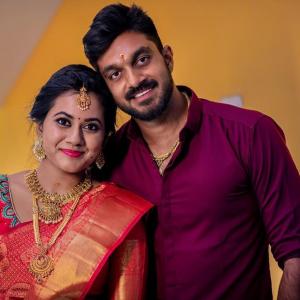