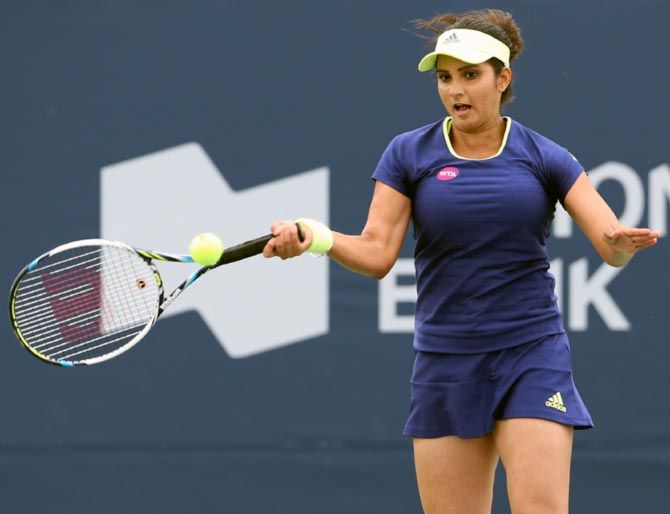 Tennis ace Sania Mirza, who has won three Grand Slams in a row combining with Swiss Martina Hingis, said "amzaing" hand-eye coordination of Indian players was behind their success in doubles.

"In India and part of the sub-continent, the hand-eye coordination is amazing and that works a lot in doubles for us," she told reporters in Coimbatore.

She was responding to a query on the reason for Indian players' (both male and female) success in doubles events.

She said with the level of tennis being played and the increasing level of fitness, India would hopefully catch up soon with other countries.

Having won three Grand Slam titles together in a row since winning the Wimbledon last year, Sania and Hingis would hope to maintain their winning streak at the French Open in May.

On her preparations for the clay-court event, Sania said she was leaving for US tonight and after reaching there, they will devise a strategy.

Talking about the obstacles a girl has to encounter to enter sports, Sania said, "There are lot of obstacles you have to face, especially cultural issues."