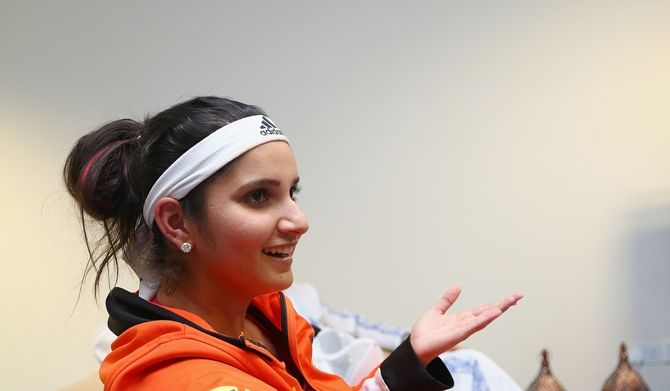 The Sports Ministry has confirmed that Wimbledon doubles champion Sania Mirza has been recommended for the Rajiv Gandhi Khel Ratna but made it clear that the final decision rests with only the Awards Committee.

Sports Secretary Ajit Sharan said the Sports Minister Sarbanada Sonowal has indeed recommended to the tennis exponent for the highest honour given for achievement in sports.

"We had got a late recommendation from AITA but the Minister accepted that and recommended the same to the Awards Committee," Sharan told said.

"But the final decision to give the honour rests with the Awards Committee," he clarified.

Sania, who has won three mixed doubles Grand Slams in her career, is reportedly competing with Squash player Deepika Pallikal and discus thrower Vikas Gowda for the prestigious award.