Sania, Bopanna ease into second round at Australian Open 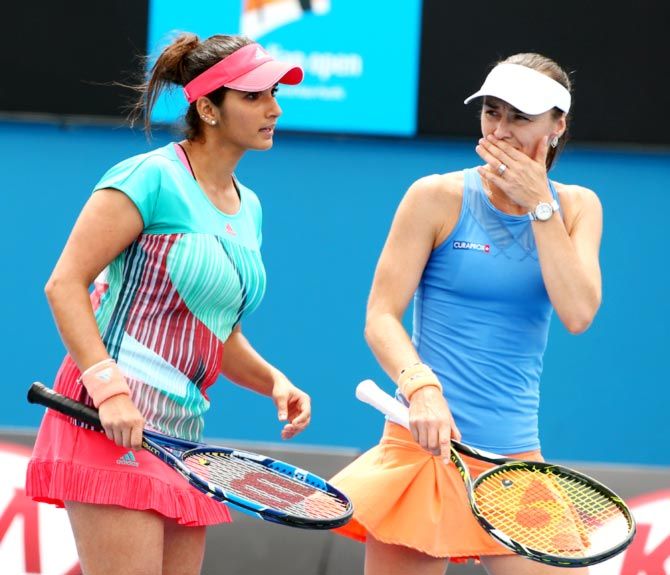 IMAGE: Sania Mirza, left, and Martina Hingis during their first round match at the 2016 Australian Open. Photograph: Scott Barbour/Getty Images

India's tennis stars scored comfortable victories at the Australian Open on Thursday. Sania Mirza eased into the second round with partner Martina Hingis and Rohan Bopanna registered a straight sets victory in the first round of the men's doubles.

The top-seeded women's pair proved too strong for Mariana Duque-Marino of Colombia and Brazil's Teliana Pereira, winning 6-2, 6-3 in 70 minutes on court No. 3.

Sania-Hingis will face Ukrainian twins Nadiia and Lyudmyla Kichenok in the next round.

The No. 1-ranked Indo-Swiss pair maintained their good form coming into the tournament following a superb run in 2015. Last week they clinched their 11th straight WTA title together at the Sydney International. 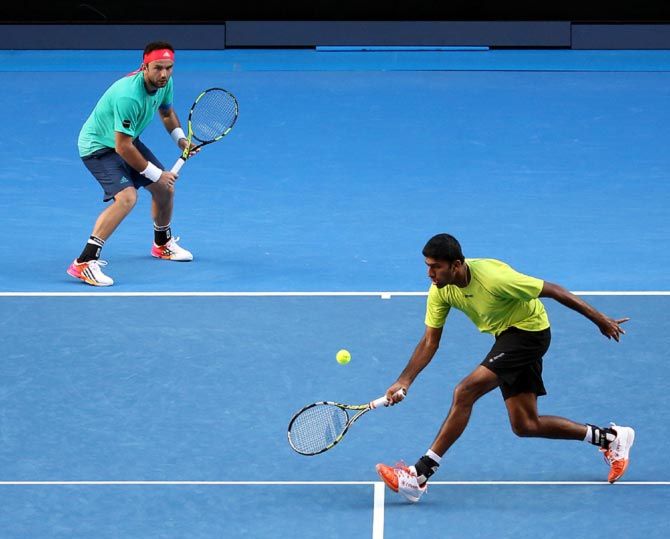 The fourth seeds will play Lukas Dlouhy and Jiri Vesely in the second round.

Indian veteran Mahesh Bhupathi entered the second round with partner Gilles Muller on Wednesday, while Leander Paes, partnering Frenchman Jeremy Chardy, bowed out after a first round defeat. 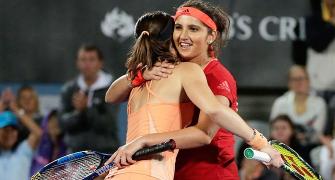 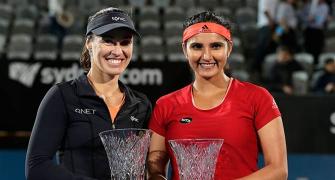 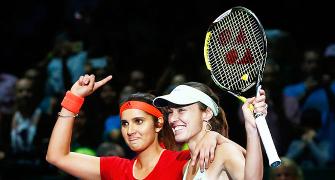 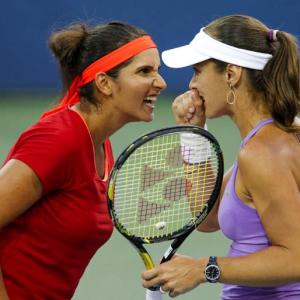