Sania in final round of Eastbourne qualifiers

Sania Mirza is one win away from making the main draw of the women's singles of WTA AEGON International tournament as she reached the final round of the qualifiers with a hard-fought win over Georgia's Anna Tatishvili, in Eastbourne.

The seventh seed overcame a second set lapse to eke out a 6-2, 3-6, 6-3 win over the unseeded rival in a close to two-hour battle in the second round.

In the doubles, Sania and her Russian parter Elena Vesnina are seeded third and will open their campaign against Australian pair of Jarmila Gajdosova and Samantha Stosur.

Sania and Elena had ended runners-up at French Open. 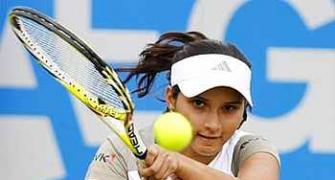 Sania in 2nd round of Aegon C'ship qualifiers 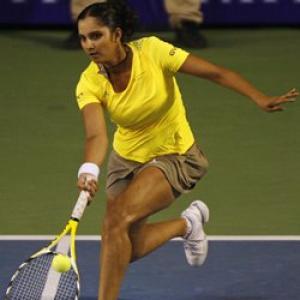